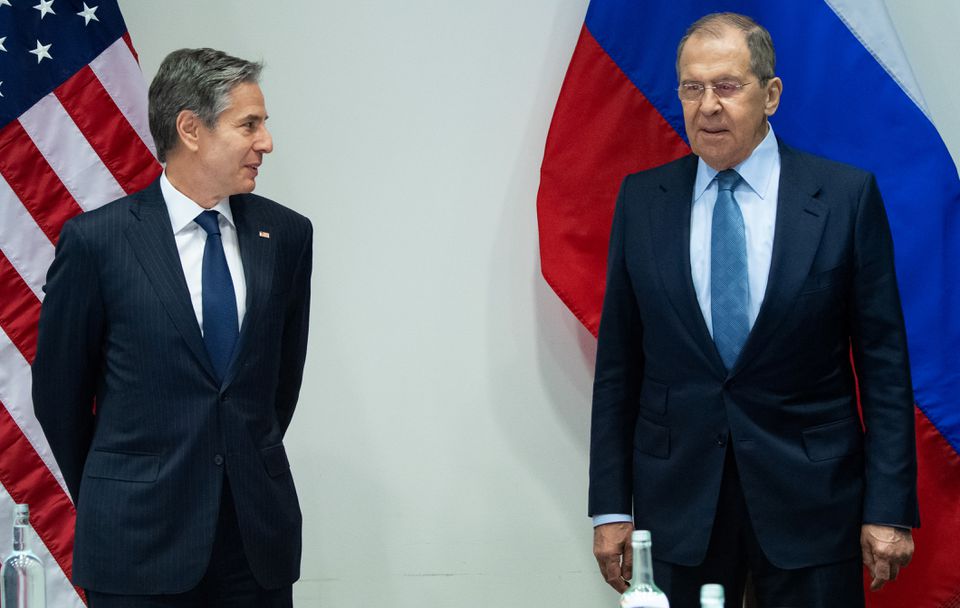 On May 19th, US Secretary of State Antony Blinken met with Russian Foreign Minister Sergei Lavrov in the highest-profile meeting since Joe Biden became US president.

Blinken said that and said it was “no secret that we have our differences” and that Washington would respond to aggressive acts by Russia, but the world would be safer if the two countries’ leaders worked together.

Lavrov, speaking through an interpreter at the opening of the meeting in Reykjavik on the sidelines of an Arctic Council meeting, said Russia and the United States have “serious differences” but have to cooperate “in spheres where our interests collide.”

Blinken said Biden wanted “a predictable, stable relationship with Russia” and said the two countries could work together on tackling the coronavirus pandemic, combating climate change, dealing with Iran and North Korea’s nuclear programs, and the war in Afghanistan.

They repeatedly insisted that the meeting was “table setting” for future talks.

Lavrov and Blinken met in the Icelandic capital after a meeting of the Arctic Council. This year, the post of chairmanship of this international structure is transferred to Russia on a rotation basis.

According to Blinken, the meeting was held “to test a proposal for a more stable and predictable relationship with Moscow.”

The Secretary of State spoke with Lavrov about Washington’s commitment to potential cooperation with Moscow in various fields, including the Arctic.

The head of the Russian Foreign Ministry said:

“We have confirmed our proposal to start a dialogue, considering all factors affecting strategic stability: nuclear, non-nuclear, offensive, defensive.” According to Lavrov, Moscow’s position is very simple: the Russian side is ready to discuss all issues with the United States without exception, but the discussion should be honest, “with facts on the table and, of course, on a mutually respectful basis.”

Overall, Lavrov told Russian state media the talks were “constructive” and that Russia was ready to discuss all issues between the two countries “on the basis of mutual respect.”

State Department officials referred questions about a presidential meeting to the White House, but said there was acknowledgment that “strategic stability” would be discussed.

Just before the meeting between Blinken and Lavrov, another good news came from the State Department – the United States officially abandoned sanctions against the operator of the Nord Stream 2 AG project and its head Matthias Warnig. The reason in Washington was called “the interests of national security.”

Before the announcement, Russian Deputy Foreign Minister Sergei Ryabkov had said the waiving of those sanctions would help normalise ties between Moscow and Washington.

Every normal human being standing around Blinky would look like that

Antony looks like a pedophile in kindergarten – all happy and excited.

peace for all good people nevermind of nationality, religion or race only their heart counts,

“Dialogue” with the JewSA demoncrazy is like my grandfather used to say: only with something behind the door in case you need to knock out him.

These people don’t “dialogue”, only fabricate consent, and prepare the next strike behind your back

Lavrov looks like he just finished gulping Blinken’s sausage in his eager mouth, like a good “partner” 🍆 no doubt Putin watching on Livestream for a ZioCorporatist WankOFF 🥲