Unannounced ‘black helicopters’ in the night. Are they ‘ours’, or ‘theirs’?

Unidentifiable, blacked-out helicopters have been carrying out unannounced manoeuvres and exercises over the greater Los Angeles area, disconcerting residents in the area who have been monitoring the military activities and trying to figure out what is going on. In Chicago, the police are posting videos as evidence of what is transpiring in the city and seeking support in identifying the perpetrators of criminal activities.

Social media users posted videos of the military helicopters flying low over Los Angeles on Tuesday night, in some with their lights extinguished, carrying out a series of unusual manoeuvres such as circling highways, flying close to the ground and making landings on top of skyscrapers in the downtown area. In some case the small, fast helicopters flew in groups of four, flying in tight formation.

On Monday there had been reports of unusual police and city utility helicopter activity around LA’s major highways.

The helicopters that started flying over the city on Tuesday evening and into the night have been identified as most likely being MH-6 Little Birds which are usually flown by the Army’s Night Stalkers, also called the 160th Special Operations Aviation Regiment (SOAR).

Social media posts began emerging through the evening as people tried to figure out who the helicopters belonged to and what they were doing.

Numerous videos of the helicopters have been posted to Twitter.

Anyone know what is going on with these four helicopters flying in circles really low, fast and with their lights off through the NELA and DTLA areas? Is this some kind of helicopter race or chase? Any MTA employees know anything? pic.twitter.com/ZlzgOOyVgX

Anyone know what’s happening with all of these helicopters landing and then flying away in DTLA?#LosAngeles #helicopter #live #downtownlosangeles pic.twitter.com/sLvo64DWb7

The Drive.com’s regular correspondent, Tyler Rogoway, explained that the unidentifiable, blacked-out helicopters regularly carry out such manoeuvres practicing urban warfare techniques and anti-terrorist missions in what the Pentagon has dubbed ‘megacities’.

“In this first night of operations, the MH-6s can be seen whizzing around Downtown Los Angeles and landing and taking off from the top of the Metropolitan Transportation Authority (MTA) building. Usually, four MH-6s fly from place to place at night in tight formation, with just the lead helicopter with its lights on. The crews wear night-vision goggles and use their advanced electronics to navigate precisely as a division…

There is no synthetic range that can provide a suitable training surrogate for such a demanding combat environment. So, the 160th Special Operations Aviation Regiment (SOAR), better known as the Night Stalkers, skip across the United States throughout the year to major cities getting this type of training in. They are often joined by Navy SEALs, Rangers, MARSOC, and Delta Force operators that they are traditionally tasked with carrying into battle. Sometimes they even work with federal law enforcement direct action teams, like the FBI’s vaunted Hostage Rescue Team (HRT) and folks from the intelligence community. This type of military operations in urban terrain (MOUT) training is precisely what people are seeing over downtown Los Angeles tonight.”

Rogoway further notes that a year and a half ago the 160th SOAR carried out similar training exercises over Los Angeles involving MH-6 Little Birds and a couple of MH-60 Black Hawks, carrying out manoeuvres such as descending in unison into parking lots, flying down city streets, and in one case ‘assaulting’ a government building in Long Beach. The operation is part of the regular training of the elite military unit’s helicopter crews, which have carried out similar operations in major cities throughout the US including New York to Miami to Denver to Portland.

It is customary for there to be little if any warning to the public that these drills are scheduled to begin. It appears that for the US Government and the Pentagon, ‘the people’ that the military are presumably being trained to protect and defend are considered an impediment to such operations, at best. They are to be kept in the dark, defenceless, terrified and ignorant as to the scale and nature of the danger and the identity of the enemy, what is being done to combat the threat that the enemy poses, and where relatively safe refuge might be found. Or maybe, for the US Government and the Pentagon, ‘the people’ are the threat?

A bleak training video that has been used at the Joint Special Operations University, obtained by The Intercept through a freedom of information request, is not at all reassuring in this respect.

“After spending nearly a decade fighting in urban terrain in Iraq and clandestine counter-terror operations around the globe under the auspices of the Global War on Terror, the Pentagon seems to view our urban combat of the future as very ominous indeed. The details of these challenges–and this gloomy vision of the future–are featured in a downright depressing video named  “Megacities: Urban Future, the Emerging Complexity” that has been shown at the Joint Special Operations University.” LINK

Taking the argument a step further. Presumably the Pentagon would argue that no information can be disclosed to the public so as not to alert ‘the enemy’. However, the enemy already knows very well who they are, where they are, what their objective is, and how they intend to achieve that objective.

Sensitive battlefield details as to the precise nature of the military response and progress being made in identifying and neutralizing the intellectual authors of the threat and their armed elements apart, with respect to which there is certainly a valid argument for discretion, the only ones being fooled are the public. It is very likely that the total information blackout would only serve to aggravate the ensuing mass panic and hysteria in the event of a real attack, with the possibility of explosions, gunfire, chemical or biological weapons – maybe a nuke? – erupting at any moment, further complicating efforts to neutralize the threat and minimize the damage.

In Chicago, the police department has taken a very different approach to addressing the spiralling violence and crime rate in the city. It has established a youtube channel where videos of criminal activities and other news reports are downloaded, to keep the residents informed as to what is happening, areas of high risk and the nature of the danger, and to seek the assistance of ‘the people’ in identifying criminals.

Probably Delta force taking out CIA/soros HQs in the region.

Lets hope that they got it.

Might be Soros trying out his newly acquired Delta force…

SOFCOM is completely cucked out to the neocon Khazarian Mafia deep state – any they have no f’king idea or don’t care. Delta Force is on the same side as the CIA and Soros. Along with the SOFCOM traitors, the 160th SOAR has two jobs: protect the deep state (and oligarch pals) from the people of the United States, and enforce the deep state’s will upon the citizens. Except in their little minds, they’re heros protecting the ‘internationally recognized legitimate government’ of the US from its own dissenters and extremists (any citizens that won’t obey them without question). Since they’re incapable of understanding the intent of the founders, the spirit of the Constitution and (most importantly) its protections against psychopaths seizing power, SOFCOM can’t possibly protect the U.S. Constitution. They have been and are, in fact, enabling psychopaths to seize power in defiance of the Constitution.

OMG I just saw 4 helicopters flying towards Los Alamitos airbase in formation !
Does this mean LA is under attack ? :)) 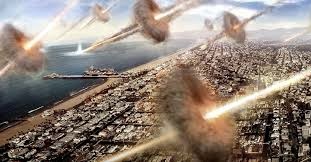 It is a joint army airbase training center on the LA / Orange County border.
People seem to be surprised when a training exercise occurs.
OMG, why are there military helicopters flying around. LOL

Omg, that’s too much for Californians tender ears and sore eyes.
I was convinced that that Orange county is full of dope ritch people and it is part of LA.
Feel the vibe that rest of the World feels everyday.

“The economy of California is the largest in the United States, boasting a $3.2 trillion gross state product as of 2019. If California were a sovereign nation (2019), it would rank as the world’s fifth largest economy, ahead of India and behind Germany.”
By the way, we invented the computer and chips / micro processors :)

What about debts of California? 100% of GDP or higher? What will happen with GDP if to count in PPP (real value)? Divide by 3? Who will pay debts of the pension fund (local PF is on of the biggest)? In the case of independence homeless people at Skid row will get more and more.

Are these economic statistics have something in relation to my comment, if so please explain. California is full of homeless people. And it is one of the most corrupt state of America.

Perhaps you have been reading Zion=Evil post for a long time?
Propaganda involves getting a person to read or hear something over and over to believe it..This is why I don’t tune in to MSM BS, but it woks both ways. :/

“I’m sure that country has no strategic value to anybody.”

Except hohols (as we call some people at Ukraine). The adore pigs, it is totemic animal of hohols. You saw 4 helicopters, and I saw 4 Su-27 or Su-50 above my house this year before the parade. This happens every year. War is going on! (shouting and jumping out of window). If seriously, nothing special in helicopters. These machines are flying everyday and frequently at night near my home at quite low altitude. Need to close all window, if you want to sleep. Or get manpads.)

How many Americans did you kill?

Stfu and move that mouse

It is for new COD campaign…

To the people bitching about protestors on here: America has reaped what it sowed. Let it know what it’s like to be destabilized the same way they’ve destabilized other countries.