An unusual bird-like drone was crashed in the capital of Somalia, Mogadishu. 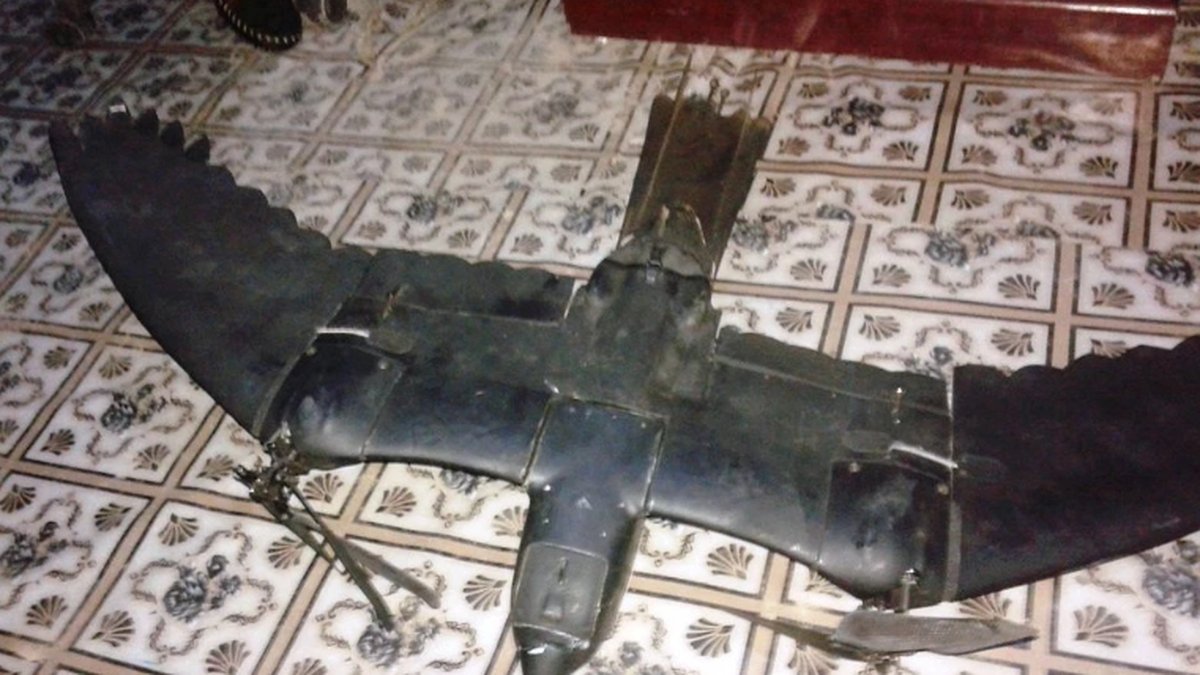 The origins of the UAV are unknown, but local reports associate this drone, which came down on May 1, with Somalia’s National Intelligence and Security Agency (NISA). It’s unclear exactly how it was downed, or if similar drones have been used in the country before.

The black-colored bird drone was found by residents and posted on social media where the photo was shared all around the world. With its broad, sweeping wings and long tail feathers, the drone’s body was designed to mimic a hawk so as to conceal that it was a UAV. The only drone parts visible were the two front propellers used to power the device. A quick glance at it flying overhead likely won’t attract a lot of attention, which is exactly what you’d want for a surveillance robot.

The UAV reportedly carried no payload and was likely used for some form of surveillance. Based on its relatively simple design, the operator probably launched the UAV from a local position and likely was nearby when the drone crashed and burned in a public area.

The US Army Special Operations Command has used a similar drone Maveric that can be fired out of a canon or deployed by hand. Like this drone discovered in Somalia, the US Maveric has wings that can flap, making it appear like a regular bird flying overhead.

There is a civil war in Somalia since 1988. Numerous clan groups are taking part in the war. In September 2014, the Somali Islamist leader, Ahmed Godan, was killed by a shell fired from a US drone. Godan had a connection with the Al-Qaeda and was contributed to the US list of dangerous terrorists.