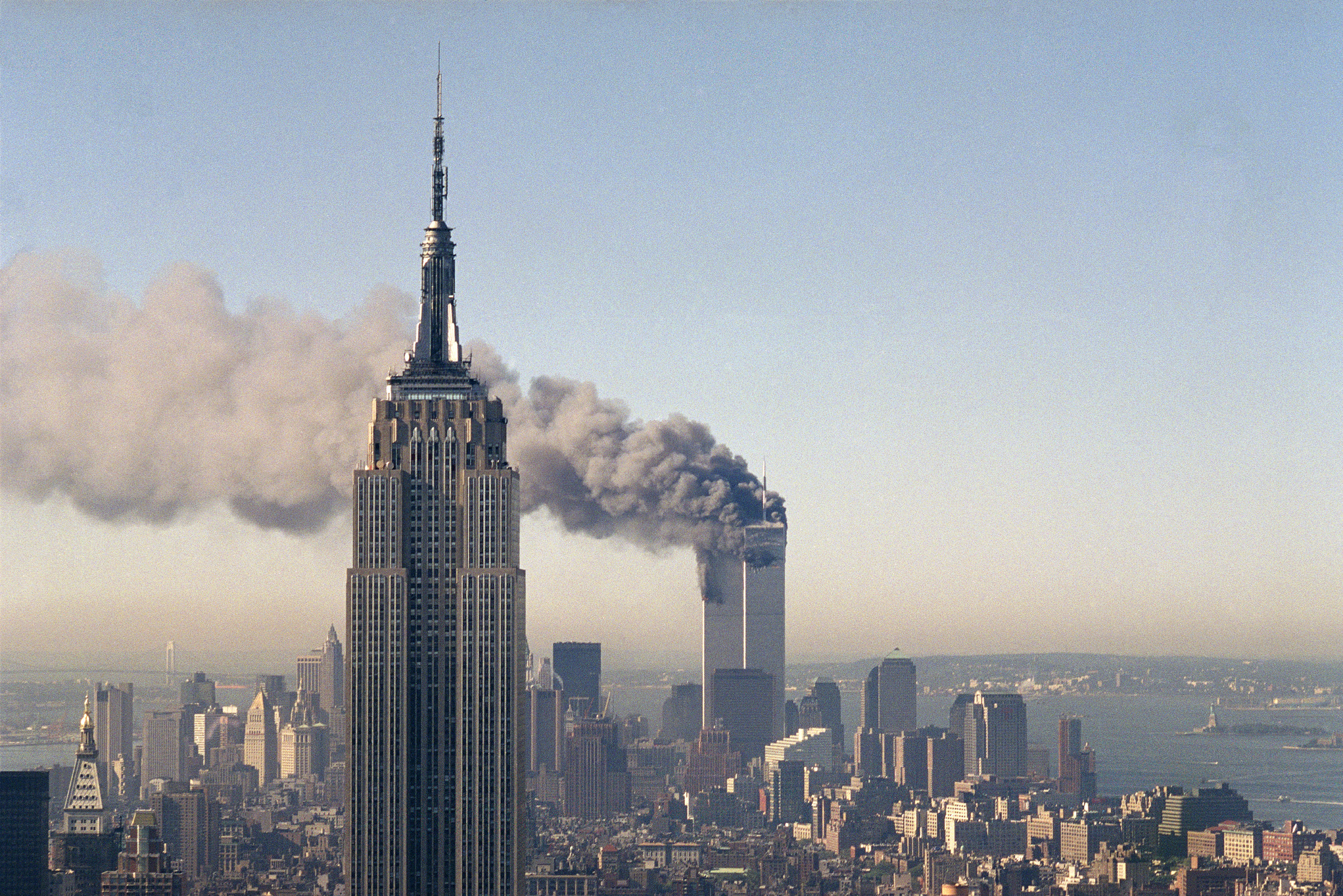 At the very outset of the 21st century, Osama bin Laden wittingly or unwittingly positioned himself with the 9/11 attacks as one of its most important figures.

The attacks initially served to undermine multi-cultural policies in relatively ethnically and religiously homogeneous European societies, which struggled to with migration from other continents, ethnicities, and religious backgrounds. The legacy of the attacks has brought identity politics back to the fore not only in the West but also in Africa and Asia.

In doing so, the attacks reshaped global politics and attitudes towards large numbers of people fleeing political and economic collapse as the ‘other’ instead of viewing them as victims of misconceived Western policies that backfired in countries governed and mismanaged by corrupt politicians and political and economic structures.

“Identity wars and conflicts based on differences in ethnicity, culture, language or religion are, once ignited, the most powerful forces in human affairs… Alongside the return of great power competition, the eruption of identity politics is the single most consequential political feature of our time. This fateful combination does not bode well,” said scholar and Wall Street Journal columnist Walter Russell Mead.

Two decades after 9/11, the United States, drained by forever wars, appears less willing to stand up firmly for its values while, rising powers like China have little interest in what happens to multi-ethnic, multi-religious nations

“With all the deserved criticism and analysis of the American foreign policy of the past decades, we will live to regret the decline of American ambition,” said Sabina Cudic, a Bosnian parliamentarian worried about the threat of the Bosnia Herzegovinian federation fracturing into separate Bosnak, Serb and Croatian states.

The fallout resulting from changed attitudes was evident in the West’s recent failure to anticipate mass movement towards Kabul airport in the wake of the US withdrawal from Afghanistan and the Taliban takeover of the country. The West’s initial hesitancy to respond to the plight of those cooperating with Western forces and institutions in the last two decades compounded these failures.

It is almost as if Mr. Bin Laden anticipated US President Joe Biden’s stumble when he ordered Al Qaeda in 2010 to target then President Barak Obama on a visit to Afghanistan, but not Mr. Biden, his vice-president.

“The reason for concentrating on them is that Obama is the head of infidelity and killing him automatically will make Biden take over the presidency for the remainder of the term, as it is the norm over there. Biden is totally unprepared for that post, which will lead the US into a crisis,” Mr. Bin Laden predicted.

The West’s US-led failures while exiting Afghanistan undermined two decades ago of multiculturalism and open borders and further empowered populist and right-wing anti-migration and pro-nationalist forces in Europe as well as the United States, Asia and Africa, particularly against Muslims, Jews, and people of colour; and nationalism laced with supremacism.

Western democracies pay the price with the brutalization of debate and dialogue, the abandonment of civility and etiquette, and expressions of racist, Islamophobic and anti-Semitic attitudes becoming less socially taboo and more mainstream.

“Of all the endless costs of terrorism, the most important is the least tallied: what fighting it has cost our democracy. How like America it is not to recognize that the true threat was counterterrorism, not terrorism,” argues journalist and author Spencer Ackerman. Ackerman suggests in his latest book, ‘Reign of Terror: How the 9/11 Era Destabilized America and Produced Trump,’ that the global war on terrorism with its associated use of torture, mass surveillance, militarism and authoritarianism created an environment that catered to Bin Laden’s vision of undermining Western ideals and sewing disarray.

“The anti-Muslim discourse that arose in the wake of 9/11 was a vector through which open racism and open bigotry was smuggled back into the mainstream of American politics,” said Matt Duss, two-time presidential candidate Senator Bernie Sanders’s foreign policy adviser. “I think it normalized these sorts of claims about different groups of people, immigrants, Latinos, Asians, Black people, or others.”

Changed attitudes have made Western societies more vulnerable to intolerant, anti-pluralistic, and counter-revolutionary machinations by countries like the UAE and Saudi Arabia. Alarmed by the strength of political Islamic groups such as the Muslim Brotherhood in the wake of the 2011 popular Arab revolts, the Gulf states had little compunction about fuelling anti-Muslim sentiment in Western countries, including France and Austria, to counter Islamists and their backers, Turkey and Qatar.

Anti-Muslim sentiment is bolstered by the lack of support from Saudi Arabia and the UAE as well as much of the rest of the Muslim world for persecuted Muslim communities such as the Uighurs in China, the Rohingya in Myanmar and Bangladesh, and Muslims in India-administered Kashmir.

Saudi Arabia and the UAE promote their socially more flexible but autocratic versions of a moderate interpretation of Islam that preaches absolute obedience to the ruler. The two states’ use their interpretations to project themselves as leaders of moderation in the Muslim world in which they compete for religious soft power with one another as well as with Turkey, Qatar, Iran and Indonesia, the world’s most populous Muslim-majority country.

”The UAE’s narrative was purposefully designed to appeal to a Western, particularly American audience, in the aftermath of 9/11, the Islamist surge during the Arab Spring, and the rise of the Islamic State. Yet, for Abu Dhabi, its crusade against Islam in the political space has another, more sinister objective: depoliticising civil society while monopolising socio-political power and authority in the hands of the state,” asserted Gulf scholar Andreas Krieg. Mr. Krieg could just as well have been speaking about Saudi Arabia.

The irony is that the religious soft power rivals unwittingly reinforce each other’s efforts. Emirati and Saudi encouragement of Islamophobia in cooperation with populists and Europe’s far-right strengthens Iranian revolutionaries and Turkish President Recep Tayyip Erdogan. Mr. Erdogan projects himself as a pious leader who defends the rights of marginalized Diaspora communities that hail from ‘black’ Turks at home who have been disenfranchised by the Kemalist Turkish elite while Iran claims to represent the struggle of the downtrodden and disenfranchised.

The populists and right-wing nationalists in Europe and elsewhere are the perfect foil for Mr. Erdogan. In turn, Mr. Erdogan’s calls on the Turkish Diaspora to reject assimilation is fodder for the very groups Mr. Erdogan ostensibly opposes.

“Ultimately, these are two right-wing currents that profit from each other. Turkish nationalism coloured by Islamism on the one hand and anti-Islamic and anti-Turkish racism, which has spread throughout Europe and Austria in particular, on the other,” said political scientist Thomas Schmidinge. He was discussing the situation in Austria that serves as an example that repeats itself across Europe in which the UAE, Saudi Arabia, and Turkey wage covert campaigns against one another.

M. Bin Laden must have a grin on his face as the scene unfolds in Europe and the United States, irrespective of whether the former leader of Al-Qaeda is looking at the world from above or from down under. He may bemoan the plight of Muslims in much of the world but the disarray in the West is probably greater, in part thanks to his lethal handiwork, than he probably would have accomplished in his most imaginative dreams.

An earlier version of this story appeared on 911Legacies.com.

Bin Laden …in 2010. I was gagging before, but i stopped reading this crap when I saw that. Zionist propaganda.

To SoutFront. How embarrassing that you won’t allow a comment regarding AE911Truth’s work given that we are 20 years without Justice come Saturday?… You should be ashamed of yourself!

Who remebers the steel antannae on tower 2 vaporize BEFORE falling to the ground.

Or how an alluminium plane penetrated the thick steel skin of the buildings.

A basic knowledge of metalurgy will say, to penetrate a metal, the penetrating object must have a higher Mohl’s hardness. Where is this magic hard aluminium?

How did American & Israeli intel be so wrong? The majority of the attackers were Saudis, yet Bush decided to go to Afghanistan instead. Perhaps it’s because USA kisses asses of the Saudi royalty.