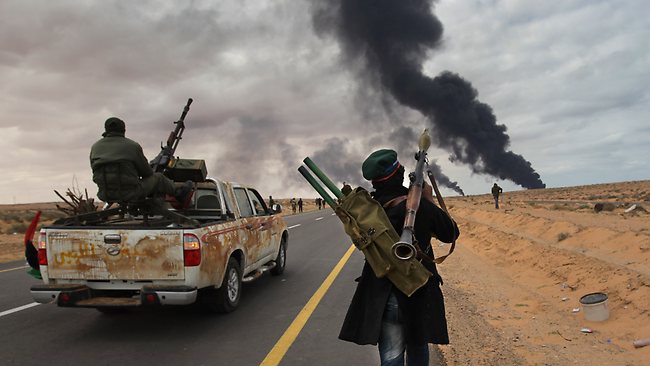 The UN is investigating the alleged embezzlement of up to €5 billion that disappeared from accounts owned by Muammar Gaddafi, the former Libyan leader, according to Belgian MP Georges Gilkinet.

“UN documents confirm that Belgium failed to comply with a UN resolution on freezing Libyan assets,” he told the Belgian news network RTBF.

He said that so far, he had received fragmented information from Belgian authorities and that is vital “to clarify the situation, which may lead to a big scandal, because hundreds of millions of euros were sent to unknown individuals in Libya who were not known.”

RTBF also cited an anonymous source claiming that since 2013 the missing assets from the accounts have allegedly been used to “finance a civil war which led to a major migration crisis.”

In Belgium, the probe which is headed by investigator Michel Claise comes amid reports that a portion of Gaddafi’s assets could be sent to the Libyan Investment Authority, a sovereign fund.

Furthermore, a special UN report also suggested that the money was received by the Libyan Investment Authority. As reported by Sputnik, its complex structure makes it almost impossible to find out what these funds were allocated for.

“The sum could have been sent to armed groups in Libya, something that further destabilized the region,” according to the report.

This comes after in March 2018, local media reported that around €10 billion of Libyan government funds, which were frozen as part of the sanctions against Gaddafi’s inner circle had vanished from a Belgian bank between 2013 and 2017.

Back in November 2013, four Euroclear Bank accounts belonging to the Libyan Investment Authority (LIA) and its subsidiary Libyan Foreign Investment Company (LFICO) in Bahrain and Luxembourg, contained some €16.1bn in frozen assets. However, when authorities tried to seize the funds in 2017, it turned out there was only just over €5bn left in those accounts, an investigation by Le Vif weekly revealed.

“There remains a little less than 5 billion euros on the four accounts opened at Euroclear Bank SA,” Denis Goeman, a spokesman from Brussels’ prosecutor’s office told the Belgian publication. Michel Claise was initially the first to discovery that the funds were missing.

He was in charge of the probe into alleged money laundering by Gaddafi’s inner circle, requested the seizure of the frozen Libyan funds.

After the death of Muammar Gaddafi in 2011, the UN ruled that his assets should be frozen in four Belgian banks. However, it turned out later that interests and dividends from these assets have never been blocked.

Belgium’s finance ministry insisted that the interest payments were legal, Le Vif’s investigation in March is certain that authorities must answer several crucial questions, the biggest one being: Where did the €10 billion vanish to?

The probe by the UN and Michel Claise into the suspected illegal disbursement of interests and dividends on frozen accounts comes after months of denial from Foreign Minister Didier Reynders and silence from the rest of the cabinet. There has been little progress since the discovery of the initial missing €10 billion.

Ever since the ousting and death of Muammar Gaddafi, Libya has been in political turmoil, showing no signs of ending over the last 7 years.

Eastern Libya is governed by the parliament, backed by the Libyan National Army (LNA) and located in Tobruk. Whereas, Western Libya is led by the UN-backed Government of National Accord (GNA), headed by Prime Minister Fayez Sarraj in Tripoli.

Libya’s population is to vote in general elections on December 10th.

They weren’t satisfied with destroying the country of Libya, killing it’s leader and subjecting the people there to war and destitution…they just had to steal every dime they could lay their thieving, murdering hands on. Who will be found guilty? No one…well, they might come up with a patsy, but no one that matters. NATO members just divided up the spoils.

Gadaffi was the guilty one. A pity the people living i Libya are like You and only can be runned i Emir and Dictatormode, because they are rasied to that being sheep of Islam and ancient culture.

They are like ants in a MiniOttoman and off course now like ME are split up by warlords having incomes in oil(and fight about oil), human traffícing, smugling and a lot of local crime incl rape, hostage takings and kilings a la carte.

The standard of living in Libya was near the European average.

Investigate, what a load of BS, we all know the US stole the money, and the gold.

Yerrrh, the money should be given to his children…

It wasnt even USA which was the main remover of Daffy.

They were given to the ones, which they were stolen from.