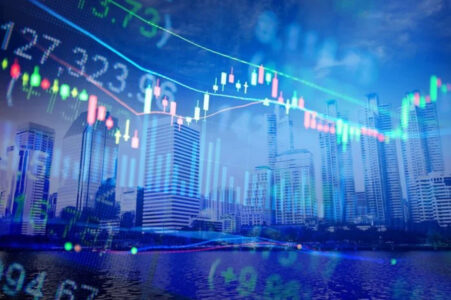 The really wealthy, vexed by tax collectors, pesky relatives, ex-wives and just plain thieves, long ago learned the wisdom of hiding their money and property. This is twice true for politicians.

An investigation by an international consortium of journalists just examined a massive leak of 11.9 million records of offshore financial firms that have been evading taxes and financial disclosure for their many clients. The result of what is known as The Pandora Papers has been a cascade of scandals.

This column has long maintained that the US has been deeply involved in massive international corruption. Chief tawdry examples are the largest recipients of US ‘aid,’ Israel, Afghanistan and Jordan. Washington spent over two trillion dollars on the now lost, 20-year Afghan conflict.

All that money has vanished. Among the largest recipients was the Afghan Communist Party and the drug mafias that made US-run Afghanistan the world’s largest producer of illegal heroin and morphine.

The third recipient of US largess, Jordan, has gotten $22 billion from the US since the 1950’s. Last year it received $1 billion alone from Washington, mostly to support the Trump administration’s crude attempts to buy, threaten and cajole Arab dictatorships into a security pact with Israel that seriously screws the Palestinians. In addition, the US has also given $ 1.7 billion to Jordan to care for the large numbers of Syrian refugees it shelters. But they were the result of a war stared by the US to overthrow Syria’s Assad regime, one of the last independent Arab nations.

In addition, Jordan’s royal family received tens of millions in secret funding from Kuwait, the United Arab Emirates and, reportedly, from Israel. Jordan and Oman have long been known as favorite dependencies of Britain’s MI6 intelligence service and the CIA.

All this money for a small, barren nation of only 10 million is remarkable. Yet one must understand that it is a key piece of the US Mideast Empire’s architecture. Interestingly, 60% of Jordan’s population is believed to be made up of Palestinian refugees from the creation of Israel in May, 1948. Today, 20% of Israel’s population is Palestinian.

Britain and then the US kept Jordan’s ruling Hashemite dynasty in power. It turned out to be one of the region’s more civilized and efficient rulers though it too often relied on the US-trained secret police to crush unrest. My mother interviewed the late King Hussein in the 1950’s and at that time discovered that one million Palestinian refugees were subsisting in tents. Many still do today.

Jordan is a very poor nation that lives on the edge. So why was King Abdullah II secretly buying more than $100 million of prime property in Malibu, London and the French Riviera? All through a web of complex companies designed to disguise the ownership?

Palace spokesmen claim it was only to assure security. Saudi and other Gulf royalty make the same claim for their important holdings in Spain and France. So does Spain’s recently deposed monarch, King Juan Carlos.

Many of the Mideast’s monarchs and dictators received secret US cash and property. This has been a fact since the days of Egypt’s Anwar Sadat, who was on the CIA’s payroll since 1952. France is in charge of payoffs to North African and black African leaders. It’s hard to find an African leader who does not own luxury buildings on the French Riviera or chic Alpine ski resorts. Why not? These strongmen risk being overthrown daily. Make hay while the sun shines.

Interestingly, some of the Third World leaders most vilified by the west have been relatively honest rulers. Good examples are Gamal Abdel Nasser in Egypt, Khomeini and Ahmadinejad in Iran, and Arafat of Palestine. But it was the crooks and cleptos like Iran’s late Shah, or Afghanistan’s Ashraf Ghani who got all the good press in the West.

Disgusting Jordanian dogshit. While others die of starvation you buy exclusive property throughout the world. May death haunt your every step, you sick degenerates.

Where are the Balkan swine? Let’s see the dirt on those filthy swine.