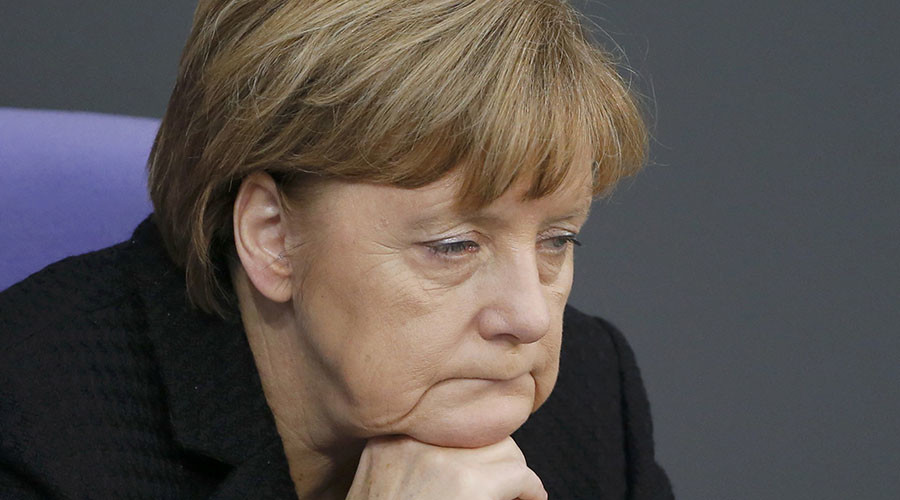 Following yesterday’s shocking poll by INSA, which as we reported put the center-left SPD on 31 percent and Merkel’s conservative CDU bloc on 30 percent, suggesting if the election were held today, Germany’s new chancellor would be the SPD’s new boss and Nigel Farrage’s European Parliament nemesis, Martin Schulz… 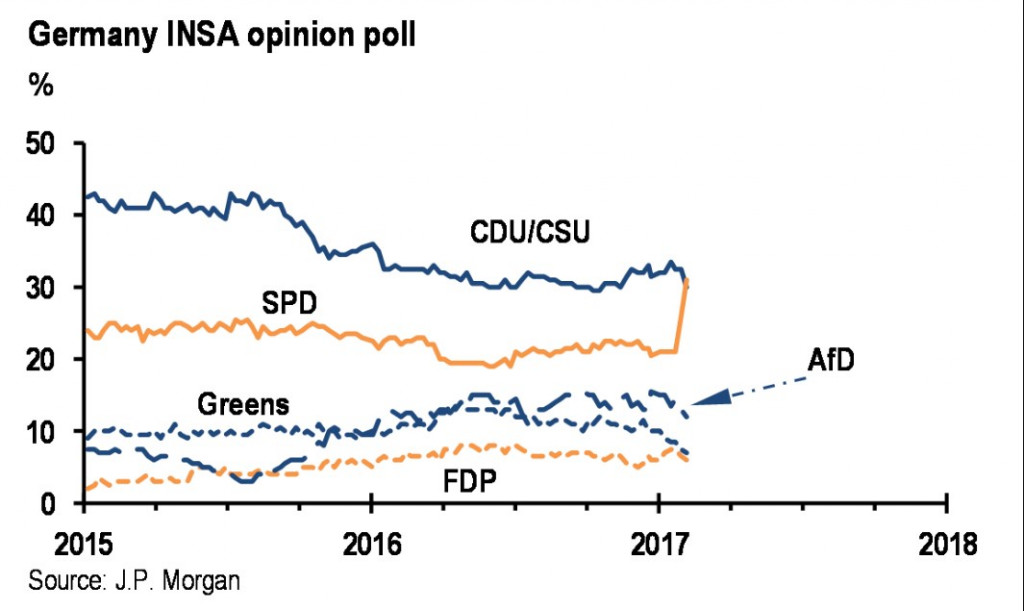 … Germany’s mass-selling tabloid Bild has openly questioned on its front page whether voters have had enough of Chancellor Angela Merkel.  “Is Germany tired of Merkel?” Bild asked in a headline, noting the result of the INSA survey.

The SPD, junior partner in Merkel’s ruling “grand coalition”, has been trailing the conservative CDU/CSU bloc – known as the “Union” – for years in opinion polls. It last won an election under Gerhard Schroeder in 2002. But the SPD has been re-energised by its appointment of Martin Schulz, a former European Parliament president who came home to enter German politics, as its new leader last week.

He replaced Sigmar Gabriel, who said he was standing aside to boost the party’s chances. Schulz has vowed to unseat Merkel with a campaign aimed at overcoming “deep divisions” that he says have fueled populism in Germany in recent years.

“A close race between the SPD and the Union is in any case good for German democracy,” Bild said in an editorial, adding that the SPD’s revival made another grand coalition less likely.

As Reuters notes, unlike other SPD leaders, Schulz has had no role in Merkel’s grand coalitions – governments of the two largest parties because no other coalition was mathematically or politically possible – and can more readily critique her record. Merkel, in office since 2005, currently heads her second grand coalition with the SPD. Between them, she led a coalition with the smaller Free Democratic Party (FDP) from 2009 to 2013.

The SPD has held exploratory talks with the environmentalist Greens and the far-left Linke party about forming a left-leaning coalition government after the election, effectively blocking the CDU from a ruling position.

As we noted before, this is how JPM summarized the stunning finding from the INSA poll:

Should the SPD’s rise in the polls continue, Europe may have one more political not-so-fat tail event to worry about in the coming months.

I truly think that Germany lost so many of the best, and brightest during the 2 world wars that the gene pool is irreparably damaged. The electorate in Germany is influenced by the mentally, and psychologically defective to a point that precludes national, and ethnic survival.

Unfortunately 50 years of Communist-brainwashing and Liberal self-masochism will do that. The incessantly anti-German attitudes of many modern Germans disgusts me, although the rise of the AfD is some cause for hope. Still if Germany was sane they would have run that horrible sow Merkel out of power years ago.

Merkel will be the chancellor. The question of immigrants is only 1 page of agenda. The ecomnomy is flying, the people are satisfied. For most germans there is no reason to look for alternative candidate.