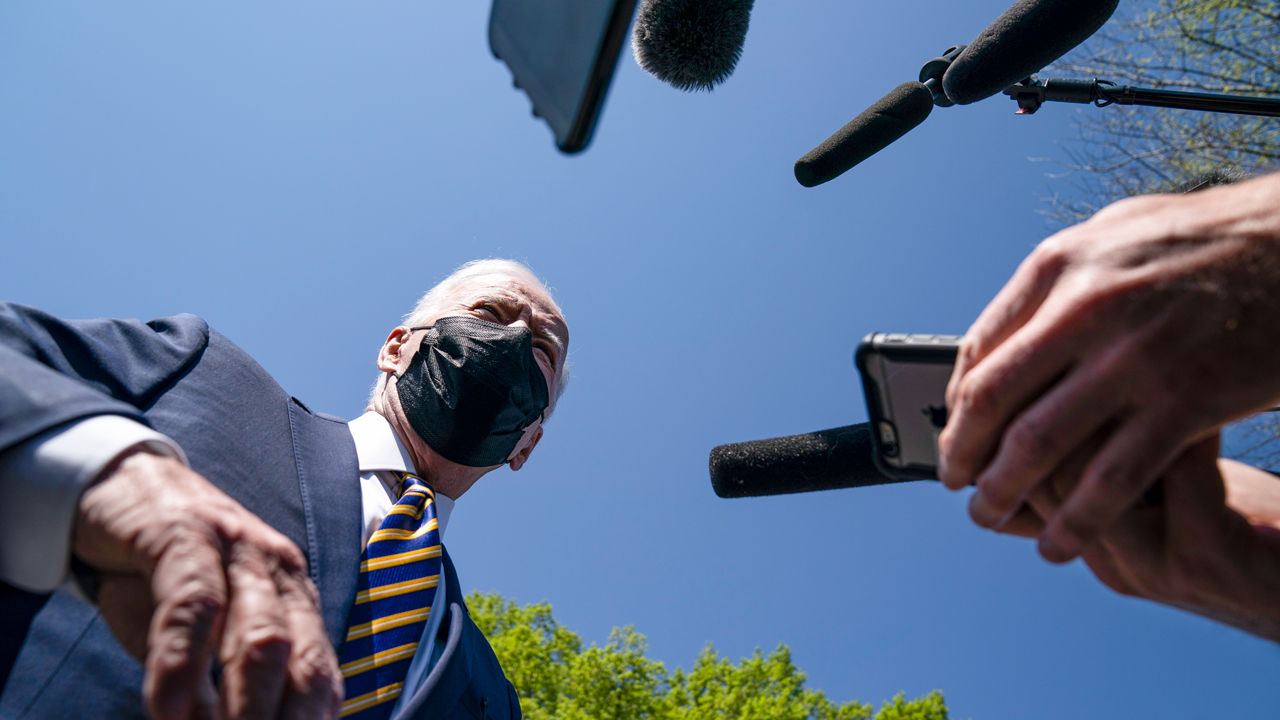 The request, rolled out Friday, amounts to a slight decrease for the Pentagon when adjusted for inflation. It is also a little bit less than the Trump Administration’s projected $722 billion request for FY22.

“A chunk of this budget request, on the defense side in particular, is to pay for the pay raise for men and women in uniform, and then the civilians that support them; I think that’s something we could find support for on both sides of the aisle” an administration official told reporters on April 9th. “The focus will be on investments on nondefense, but also ensuring the Defense Department he can continue its strategic goals as we outcompete China, and as we ensure that the men and women in uniform have everything that they need.”

For the defense industry, budget documents teased an emphasis on shipbuilding, which dovetails with the Pentagon’s focus on China and Indo-Pacific.

This comes after Chairman of the Joint Chiefs of Staff Gen. Mark Milley said he would advocate for “heavy investment” in sea-, air- and space-centric platforms, with “bloodletting” in other areas of the budget.

The budget’s main points are as follows:

Speaking to reporters, Pentagon spokesman John Kirby said “certainly shipbuilding is something the secretary is going to be focused on, with a mind towards making sure we have the right mix of capabilities now and into the future.”

This is not a healthy sign of a robust civilization, if it can be called that. The mil plus intel is about 15 times the Ru total! And R+D less effective.

Just Me
Reply to  BMWA1

Last I checked, the next gen sub, Columbia-class had enormous cost overruns. It’s sitting at $128 billion USD and counting with a 12 on order. I’m not even sure if the USN would get them by 2027.

i think rnd are for hypersonic missiles, they still cant make one working

The US morons are getting dumber and dumber as they spread wars and terrorism globally while their sh1thole implodes with poverty, racism and gun violence. They are getting into a suicidal arms spree against China, the world’s largest and most industrious economy with a FOREX reserve of close to $4 trillion dollars. 150 million dumbass Americans are on abject poverty while the Jews pipe dream of global domination. Talk about delusions of Hollywood grandeur.

Kathryn Frank
Reply to  Just Me

cechas vodobenikov
Reply to  Just Me

no industry in USA—everything in US made in Asia, Europe, Latin amerika

Ahson
Reply to  Just Me

There is truth in your comment. A country that spends half its budget on defense is very fucked up! No doubt……

The US is blocked in an infernal loop, the only industry of a certain importance is that of weapons, locally if a county does not come to terms with the MIC and supports it loses the presence of industries and bases, so there is A state-level competition to attract its investments and activities in their own territory, the prophecy of Eisenhower has come true.

So no change in regard of the military industrial complex. Huh…

What weapons do you think would be more effective to produce?

Take it as an investment in research and technology ;)

Last 30 years proved they are going backwards, tech wise too.

You worry too much for other peoples money.

They will wrongdoing anyway, stop worrying :)

Any country that spends half its budget on “defence” is spending nothing on defence, it is spending on war.

Half of its budget? Which country is that?

That’s not their total budget, it’s the request of budget increase.

And 50% of that is for “defence” when they are not fighting a single official war. That is not a defence budget, that is a war budget.

That’s only for the army. Total budget is trillions.

gypsy village not teach math more than half US discretionary budget is for US military this does not include the estimated 300+ billion$ for 17 unintelligence agencies, employment of multiple private militias , the CIA funded NGO’s

Total budget of USA is few trillions. They spend less than 3.5% on military.

Biden showed he is a politician for sale in Ukraine – when for no discernible reason his son Biden was suddenly put on board of Ukraine’s Burisma Gas – but the whole episode was really about pay-for-protection. The then US Vice President Biden made sure the briefly exiled Burisma oligarch, Kolomoisky, who had fallen out with then oligarch President Poroshenko, and was forced to flee Ukraine, was not arrested by Interpol during his time in exile. There were outstanding warrants over international money fraud and embezzlement charges, relating to the theft of millions of dollars of IMF bail out funds that Kolomoisky had stolen via his PrivatBank commercial bank. Biden kept Kolomoisky safe – for a price – and Hunter Biden was effectively the Biden family bag-man for this whole protection enterprise, his ‘salary’ at Burisma was hundreds of thousands of dollars a month – in pay-for-protection.

21 comments paid for by CIA…..snow black due to amerikan feces

us govt owned by corporations—budget created to enrich oligarchy amerikans believe freedom is 30 year mortgage and choice between coke and Pepsi “if amerikans understood the US money and banking system there would be a revolution”. Henry Ford created by calvinists—the only sect that permitted usery, by 1820 US had more banks than any other nation (many that printed their own money)

If they let it go bro, then the empire is gone no?……it will die with a whimper overnight, much like the USSR did.