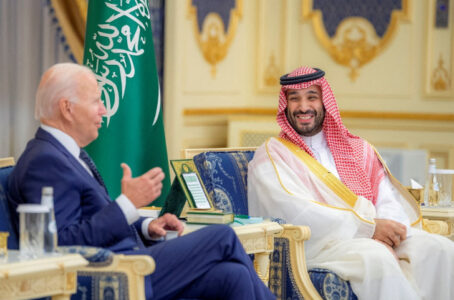 Biden Finally ‘decided’ to visit Saudi Arabia, a country he had described as a pariah. Biden’s word constitutes projection as unlikely as it sounds. Biden and his role as the US leader are very close to that of Muhammad Bin Salman (MBS) in Saudi Arabia. Both persons and the countries they represent have more similarities than US neo-liberals would ever admit. Readers here should note the dictatorial stance that Biden and the US have on the world, which is similar to what the house of Saud has on Saudi Arabia. Biden and the US dictate on other countries and can strangle or ‘isolate’ them according to whims in a similar way that MBS does on dissidents, as was the case with Jamal Khashoggi and minorities (Saudi Arabia just killed 81 people in a day without due process).

In November 2019, Joe Biden, then campaigning for the US presidential election declared that he would make Saudi Arabia a pariah like it has always been. The statement begs, when did the majority in the world elect the US as the referee of whether countries are legitimate or pariah? Since the world did not, Biden’s statement was not only whimsical but dictatorial. Neo-liberals would never admit this apparent truth. In a highly predictable manner, the Jewish insider on November 11, 2019, published a screaming headline “Biden says MBS has ‘very little socially redeeming value’”. Very interesting headline regardless of it being a verbatim quote of Biden’s earlier declaration. Other western media houses amplified Biden’s virtual signaling. Biden, Mainstream media, and neoliberals would like us to believe that they are driven by deep values, which we may not understand. However, all of them would walk back from these ‘values’ 2 years afterward, which reveals serious hypocrisy. NBC on July 15, 2022, reported that “Biden’s visit to Saudi Arabia is the right thing to do, even if it feels wrong”. Other mainstream media outlets joined in in a characteristic style hence sanitizing Biden’s and Neoliberals’ impulsive flip-flopping. If you find their contradiction disturbing, you are not alone. Joe Biden and other moral immortals (Including MBS’s government that can hang 81 people in a day) and the western mockingbird media want us to believe that they are the only ones that are equipped with the ability to create, have and discern values. Therefore, they can create, recreate, vary, or abandon these values as they please. Biden’s visit to Saudi Arabia is now cast as being completely right, only that it feels wrong to the high moral neoliberals.

According to the all-knowing neoliberals, it is no longer about values but feelings and Biden is now right to work with Saudi Arabia. NBC proceeded to explain using the subheading “The U.S. president has rightly come to the conclusion that a strategy of isolating the crown prince isn’t feasible”. If this is an admission that the president’s earlier stand was wrong, what does it suggest about his ability to make ‘sound decisions’? This arbitrary policy change represents amnesia and dementia clothed in hubris that plague both the US and Saudi Arabia. Both are dictatorships where power is attained by the privileged few to pursue their exclusive interests.

It is as hard for an ordinary American to become the US president as it is for an ordinary Saudi citizen to get any position of power. What the Americans describe as the ‘Swamp’ of careerists in the Pentagon, Capitol Hill, and MIC is analogous to the house of Al-Saud in Saudi Arabia. On 3rd July I wrote here how Biden’s and Johnson’s decision to arm Ukraine was undemocratic. Some disowned my views claiming that both leaders were democratically elected, a statement that has become the mainstay of western Ideologues deflecting any debate on what real democracy can be. I am not willing to discuss Boris Jonson, whom the system spit as he ran out of any veneer of what masses were deceived were western values. However, let’s talk about Joe Biden, the prince of Capitol Hill who has been working in Washington since his 20s. Without getting bogged down into whether the 2020 elections were free or fraud,  Biden has made a 180o turnaround from some of his campaign promises, including the one to make Saudi Arabia a pariah. Therefore, views and policy proposals that made the majority elect him have been abandoned while he continues ruling. Poling agents suggest that his policy decisions are approved by only 38% of voters. Is he still democratically elected? It’s not up to me to decide, but such a person must not be allowed to dictate to anyone out of his country what to do. 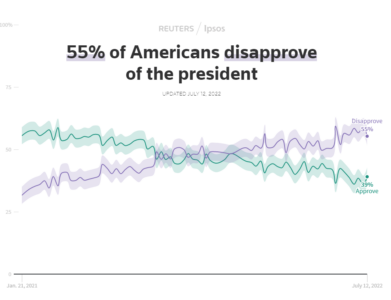 Americans are now ruled by a person with an approval rating of only 38% of voters, which translates to under two percent of the world population. This approval is approximately similar to how representative the House of Saud is in the country. However, Biden with the platitude of allies and partners (whom he never consults) has been issuing decrees of what the rest of the world should do. His meeting with MBS is hence akin to looking into the mirror, only that his image is younger, mentally sharp albeit inexperienced, and over-ambitious.

Biden and MBS: Blue-eyed Boys or Puppets of ‘Deep State’?

As surprising as it may sound, Joe Biden may be a puppet of the deep state, since the swamp in Washington will always select its own, like the house of Saud. Both institutions will never admit that they lack a qualified candidate and open the race for the rest. In addition to Biden’s minuscule approval rating, how is his cognitive state and should he have been nominated let alone elected in that state? Is he fit to govern, or are there people governing behind the scenes as Joe grapples with his old age. Former white house physician Ronny Jackson who joined the statehouse medical unit in the mid-2000s and was President Obama’s physician confirms that indeed Biden has no cognitive capacity to govern, meaning that unelected person(s) are governing instead. However, Obama immediately scolded Ronny Jackson for revealing Biden’s cognitive incapacity. Ronny Jackson’s Tweet and Obama’s reply are seen below. I am still wondering why Obama felt compelled to respond including if he understands physicians’ professional code enough to lecture Ronny Jackson. The former president’s statement “I expect better” clearly shows he has no respect for professional expertise. Still, was/is Obama running the show behind Joe?

What is to be said about the system that allowed Joe Biden to be the president? This Fox News show summarizes Biden’s status and how a system of well-connected persons got to power through him. It reveals how his handlers knew he was cognitively unfit to govern and communicate. He was literally animated with pills before any political meeting, isn’t that cheating? After elections, this show illustrates instances when the president forgot who or where he was. Meanwhile, unelected people are pulling the strings and running administration. How cynical or Machiavellian can the swamp be to run their colleague as a puppet in the interest of power? Note that there are tens or hundreds of competent and bright Americans that should have competed and served the president’s role better than the democratic swamp’s appointee. Similarly, no matter how brilliant a Saudi citizen is, he cannot gain power if he is not from the ruling clan. Biden and the US swam should admit remarkable similarities between Biden and MBS including between the US and Saudi Arabia.

He is an embarrassment for sure.

Not at all, this is your very own JB2. JB1 wouldn’t make it up and down AF1 steps.. and BTW it is MbS2.. so 2 #2s talking hot air. MbS1 was killed in the Palace coup a few years ago with 2 bullets into the head. (Japan Intel.). MbS2 appeared a month later with a narrow face, non-stop weak smile and wearing the head towel at all times, maybe to hide some other differences. MbS1 in any old photos is always in Western style garb, has a broad handsome face, neatly trimmed facial hair and no sheepish grin. And.. why is MbS2 never pictured on his 400M Euro Yacht he purchased, in France from the Russian Vodka King?

don’t you ever get tired of typing the dumbest shit you can imagine,ufo’s are what you should stick to

Birds of the same feathers flock together but in this case.. Terrorists with the same terror intent stick together.

There is a difference, though: MBS is going somewhere, Biden is going nowhere. MBS also looks much smarter then Biden and never read the cue lines in a speech.

Looks like Germany (and the rest of Western Europe especially it’s banks) are in for more than a cold winter https://www.zerohedge.com/energy/gazprom-declares-force-majeure-will-halt-gas-flows-germany-indefinitely

Who, would have guessed, Hey? They certainly, never tought of it.

A year or two back, american media were spreading rumours that suadis were responsible for the sept 11th attacks. Along with comments from sleepy uncle joe, it just about describes how the USadmin regards Saudi Arabia.

The Saudi admin have biden there for entertainment value only.

Let’s hope sleepy uncle joe doesn’t wake up abruptly and lose his head by saying something stupid in a country were losing one’s head is a reality. I’m guessing that Khashoggi wasn’t mentioned once.

Biden, has been a jester all his life, a failure of a man. MBS must enjoy taunting him, he even reminded him about Abu Grhaib. That is telling. Who insults who?

I find it plausible that’s what he really said to his captors. Quite a good story to tell your captors. I would said similar story if captured. Well done.

Get $194 per h from Google!… Indeed this can be best since I basically got my underlying finance check of $24412 and this was simply of one week… I am also purchased Range Rover Velar right after this payment… it is really best job I have even had and you will not for give yourself if you not check it…….. 𝐰𝐞𝐛𝐡𝐨𝐬𝐭𝟒𝟓.𝐠𝐪

Last edited 2 months ago by Work AT Home
-10
Reply

MBS : “soak my cork again Joe and i’ll think about it.”