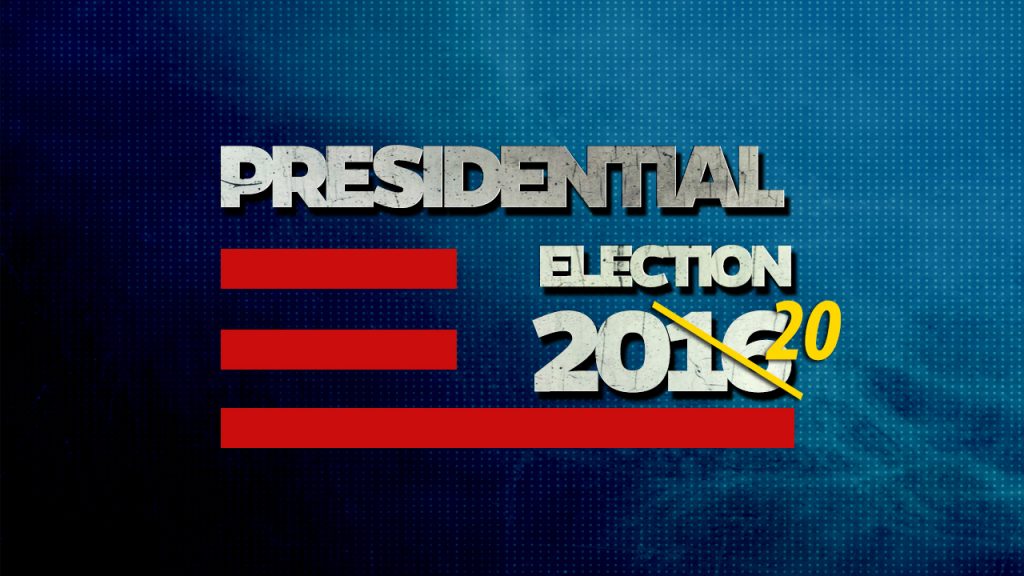 President Trump is entering the election with some pretty stupendous headwinds impeding his path to re-election. Or, specifically, one really strong headwind in the form of the COVID-19 pandemic and the resulting economic crisis that is actually giving the otherwise quite unelectable Joe Biden a real shot at the big prize. To be sure, the pandemic’s heavy damage to the United States has been due to dissipation of authority among three branches of government and the fifty states, all of which are fighting to preserve own turn, prerogatives, and political agendas. However, Trump’s own inexperience as an administrator and executive, combined with his Vice President Mike Pence’s ideological aversion to anything resembling a big federal government program, made the problem considerably worse. Trump’s unparalleled ability as a self-promoter, as a cheerleader and booster for own successes, real or imagined, was poorly suited to putting a positive spin on a undeniably bad situation. The 200,000 hundred of deaths, the major recession, the sharp increase in the US national debt and individual states facing bankruptcy, all of that placed Trump as a major disadvantage that a solid Democratic Party challenger could have turned into a landslide victory. Well, luckily for Trump, the Democrats stubbornly refused to nominate such a candidate, opting instead for someone who has a credible shot at the Presidency only because of Trump’s obvious above-mentioned failings. 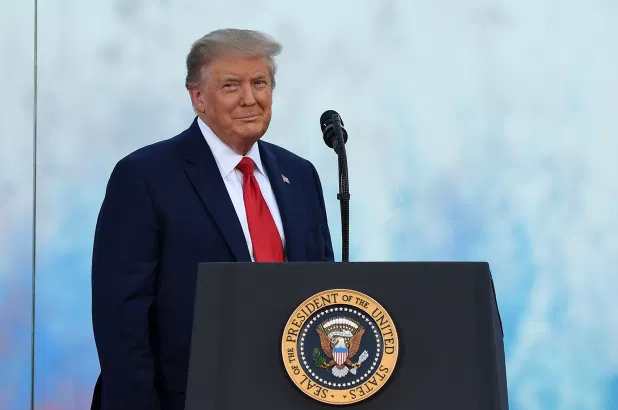 If it weren’t for the COVID-19 pandemic, Trump would be in all likelihood cruising to an easy re-election victory over Joe Biden. The pandemic gave Biden a shot at the presidency he would not otherwise have had, but not much more than that.

Former Vice President Joe Biden’s biggest obstacles on the path to Presidency are the perception that he might be in the early stages of dementia or some other degenerative disease gradually depriving him of his once quite sharp mental qualities, and his (and his party’s) deliberate move to the Right by courting conservatives and actual Republicans, rather than the Left wing of the Democratic Party. Indeed, Trump campaign propaganda notwithstanding, it does seem the 2020 Biden is not the same relatively lucid, energetic, and thinking-on-his-feet campaigner that the 2008 and even 2016 Biden was. In contrast with Trump’s aggressive campaigning style which includes lengthy press conferences, Biden has avoided public rallies and even anything resembling major unscripted interviews. Such Biden appearances as did take place were in carefully controlled settings, with Biden apparently providing scripted answers off teleprompters to questions posed by reporters with well known preference for Biden. The relative vitality of the two candidates was plainly visible in the first debate, where Trump’s forceful, clear delivery contrasted with Biden’s rather quieter, more feeble voice. Trump’s well-practiced “alpha male” personality also allowed him to appear as the more dominant personality of the two. 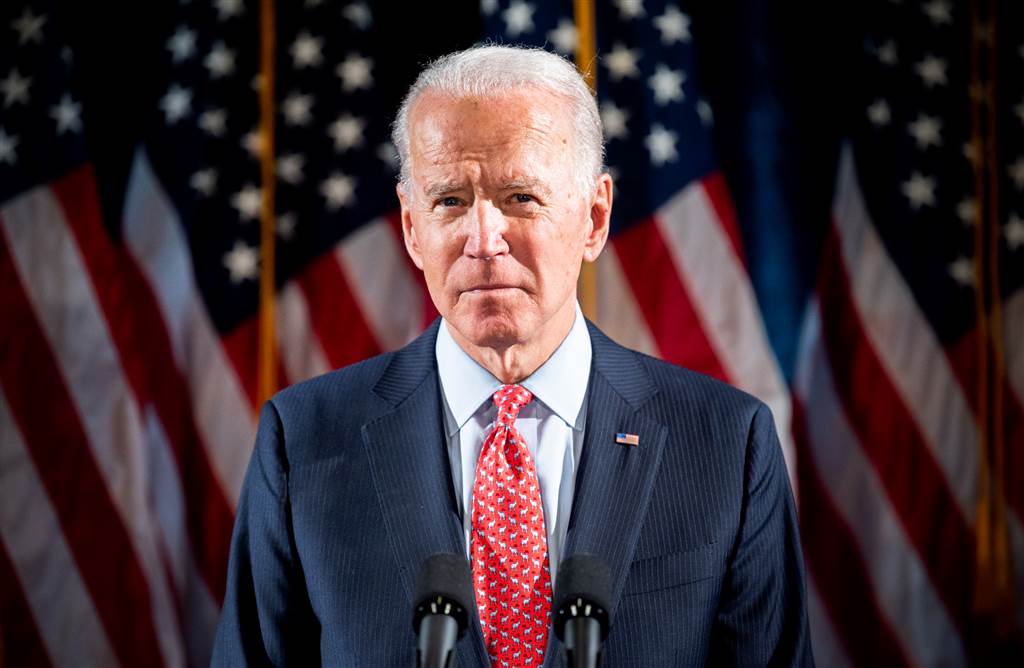 But possibly more worrisome for the Democrats is the “enthusiasm gap” in Trump’s favor that has been documented by a number of surveys and which undermines Biden’s 5-10 percentage point lead in most polls. To the extent that voters prefer Biden, it’s because they are utterly opposed to a second Trump term, not because they are rapturous about what the Biden-Harris presidency is likely to deliver. With a career in public life, most of it in the US Senate and the Vice Presidency, nearly five decades long, there is no aura of mystery and hope that surrounds Biden of the sort that surrounded the young newcomer Obama. Being an elderly White Anglo-Saxon male, Biden cannot claim to be a pioneering candidate in any way, which actually puts him at a disadvantage in comparison even with Hillary Clinton whose political fortunes benefited tremendously from the prospect of her becoming the first female President of the United States. Biden could have overcome these deficits in the same way that Vermont Senator Bernie Sanders did, namely by adopting a campaign platform that was enormously appealing to the party’s Left. However, Biden has refused to do anything of the kind. If anything, he has moved rightward, soliciting and obtaining endorsements of a variety of prominent Republicans. Even when it comes to actual campaigning, the most punchy and effective campaign commercials on behalf of Biden have been delivered by the Lincoln Project, which is run by career Republican operatives. 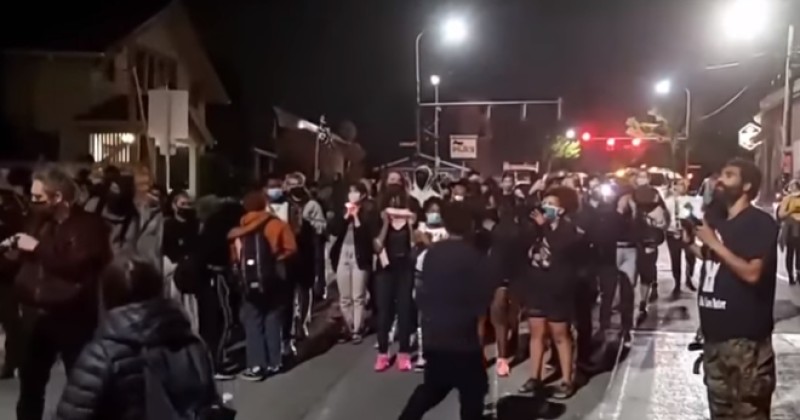 The “Black Lives Matter” protests which are roiling the United States and which frequently escalate to rioting and looting have also placed Biden on the horns of a difficult dilemma to resolve. Embracing the BLM movement would expose him to attacks he is a member of the “radical Left”, to use Trump’s own phrase, but would at least energize the very same disenchanted leftist voters who stayed at home in 2016 and did not vote for Hillary Clinton because they, quite correctly, did not think that she was committed to issues near and dear to their hearts. Coming out in favor of “law and order”, much as Trump did, threatens to alienate these very same voters. It is no accident that Trump’s support among African-American voters is higher than it was in 2016, when he was running against Hillary. Biden’s history of writing “crime bills” that had the effect of disproportionally imprisoning African-Americans, combined with his selection of the former California Attorney General Kamala Harris, who failed to win even in California during the 2020 primaries precisely because of her harsh law enforcement track record, could come back to haunt him in November by demoralizing his voting base that he so badly needs. Similarly, Biden has not moved to embrace the key issues of importance to the Left wing of the Democrats, such as Medicare for All, Green New Deal, and Defund the Police. Instead, Biden has emphatically and explicitly rejected all of them, including during the first debate with Donald Trump. 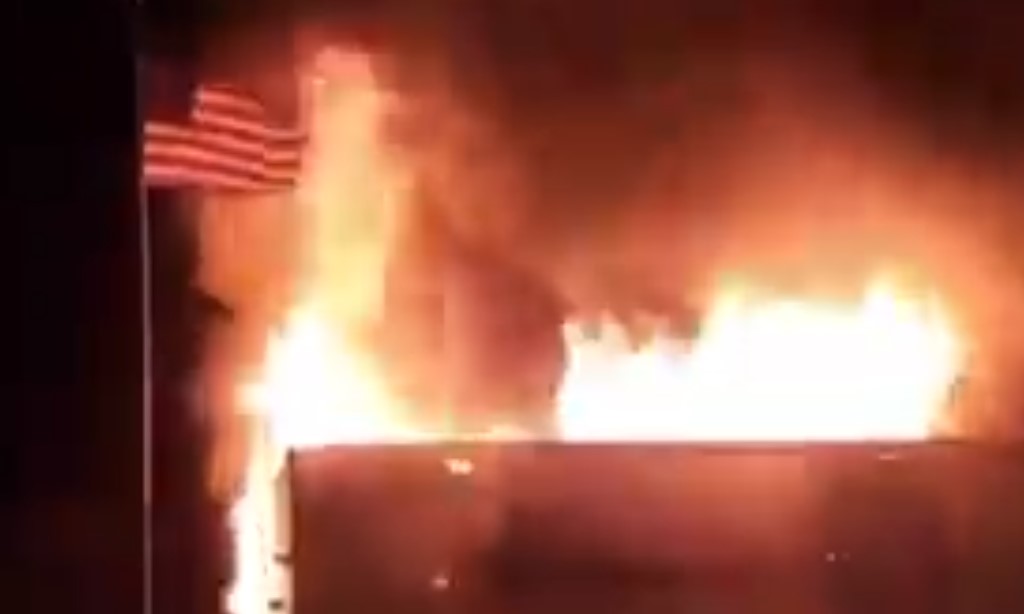 Last but not least, Joe Biden was and is the “pro-war” candidate. An unapologetic supporter of the invasion of Iraq and an ardent “Russia-gater”, Biden’s approach to foreign policy is the same promotion of “American Leadership” interventionism that already cost Hillary Clinton first her 2008 nomination battle and then in 2016 the presidency, the first to Barack Obama and the second to Donald Trump.

Meet the New Boss, Same as the Old Boss?

The incredible weakness of the party duopoly candidates means that, while either of them would lose if faced by a young, competent candidate actually addressing popular concerns, in actuality the race remains closely tied. Given the problems with polling, with Trump supporters reticent to express their honest views to “fake news” pollsters and the enthusiasm gap detailed earlier, Biden’s lead in the polls could translate into a statistical draw during the actual election. Moreover, the election night could end with a Trump lead that would be gradually eroded later as absentee ballots were counted. This situation is liable to lead to major legal challenges by both sides. And no matter who the winner is, he will preside over a deeply divided country beset by enormous internal problems, with a substantial portion of the electorate denying his victory’s legitimacy.

In policy terms, the Biden-Harris administration will herald a shift toward fiscal austerity combined with more law and order policies. Internationally, its foreign policy team might be less chaotic than Trump’s, and possibly also more able to pursue compromise with Russia and/or China. Biden’s “Russiagate” credentials are such that he could “pull a Nixon” and go to Moscow to address some of the thornier issues between the two countries, possibly including the extension of the New START nuclear arms control treaty which could herald turning a new leaf in US-Russia relations. However, Biden’s age and progressing incapacity will probably mean his will be a “caretaker” administration giving the failing “Reganomics” approach another lease on life and postponing the decision on America’s future course for another four years, at least.

With the orange monkey now infected the demented old man will be put in the white house.

Unlikely, COVID-19 only kills about 0.4% of people and mostly those with preexisting conditions. It is FAR from a death sentence and is, frankly, highly overblown.

Yes the death rate might be “small”, but it is still potentially a very nasty disease, given that it destroys blood cells which are highly concentrated in lungs. Anything that reduces oxygen delivery will reduce quality of life.

If his Covid is real and it’s not precisely designed to wash over his failures, just like Boris. He’ll probably recover in time to reap the benefits of getting the same illness that killed 200k of his own countrymen. In the meantime, he won’t have to embarrass himself anymore in debates and score goals to himself that Biden couldn’t.

I’d be deeply disappointed if he really got sick and joined the 200k, rest their souls.

Testing positive for Corona Virus is generally meaningless. The “tests” being used return false positives in large numbers, and even when the test is actually positive it simply means the individual has had Corona Virus at one time in their life. Also CDC stats are “cooked” to keep fear generated among the people so Government can continue with it’s lockdown, and vaccine program.

Sleepy Joe, Democrats and their masters are far more toxic than Trump … for the sake of humanity and so that we don’t go down to hell quickly, it’s in our best interest to have Trump the winner of this crucial election …

These are the type of entry level income opportunities that I’m looking at as part of transitioning out of transportation back into finance. That I worked in 30 years ago before the industry became regulated like it is now.

Another related opportunity that this type of experience would be helpful for is obtaining an offshore merchant banking license. That can be used for financing and taking equity positions in opportunities like field energy propulsion R&D, and junior precious metal mining projects. Some of which can see their stock valuations increase up to 1,000 times or more. Where $1.00 becomes $1,000.00. When the project comes into production and meets proforma projections.

There are only 2 unknown in this election: 1. How much vote can the soros’ party can steal ? And 2. How much the military has been infiltrated by globalists ?

1/2 of 1% of the US military is Jews. In a nation with 2% Jews per capita. It’s the least Jew infiltrated portion of the US Government that I’m aware of. As compared to the democratic US legislators. Which is 15% Jew members of congress and 20% Jew members of the senate. In the most Jew infested nation on the planet outside of Israel. Which is the primary reason that the US and humanity are having the problems that they are.

LaLanne died of respiratory failure due to pneumonia at his home on 23 January 2011. He was 96. According to his family, he had been sick for a week, but refused to see a doctor. They added that he had been performing his daily workout routine the day before his death.

As far as I know this is legal almost everyplace in the US.