President Joe Biden recently tapped Dana Stroul to lead the Pentagon’s Middle East desk, according to Axios and other reports. She’ll serve as the deputy assistant secretary of Defense for the Middle East after a previous stint as a senior official on the US Senate Foreign Relations Committee, and as a longtime fellow at the hawkish Washington Institute for Near East Policy.

She had also previously worked on Mideast policy at the Pentagon under the Obama administration. As we noted before, this and other appointments gives more alarming context to Biden’s constant message on the foreign policy front that “America is back” and is “ready to lead the world” once again.

Stroul was recently on record as touting that America “owns” one-third of Syrian territory, particularly the resource-rich northeast region. So much for the administration “distancing” itself from Trump policies… (given Trump was the first to repeatedly and bluntly state the US was there “securing” Syria’s oil).

At a US gov-funded think tank, this official who oversaw Congress' Syria Study Group outlines the continued regime-change strategy.

She says the US military "owned" 1/3rd of Syrian territory, including its oil/wheat-rich region. And the US is trying to block reconstruction funds pic.twitter.com/NIEJ9elxhs

Stroul made the comments during a televised think tank event in D.C. hosted by the Center for Strategic and International Studies (CSIS) in October 2019.

“The United States still had compelling forms of leverage on the table to shape an outcome that was more conducive and protective of US interests,” she explained at the time. She had been co-chair of the Syria Study Group, previously described by journalist Ben Norton as a “bi-partisan working group appointed by Congress to draft a new US war plan for Syria.”

Here’s how the new Biden-appointed head of the Pentagon’s Middle East desk described the US occupation of Syria and Pentagon strategic objectives there:

And that one-third of Syria is the resource-rich – it’s the economic powerhouse of Syria. So where the hydrocarbons are, which obviously is very much in the public debate here in Washington these days, as well as the agricultural powerhouse.”

“We argued that it wasn’t just about this one-third of Syrian territory that the US military and our military presence owned, both to fight ISIS (Daesh) and also as leverage for affecting the overall political process for the broader Syria conflict,” she added of her policy recommendations.

Look at those photos while you hear Biden's pick to head Pentagon's Middle East Desk, Dana Stroul, say the oil-rich territory is "owned" by the US military.

"Take the oil" is not just a Trump thing. pic.twitter.com/UqiN8VC7MU

This “leverage” which has included devastating sanctions is now driving Syria into economic collapse and with much of the population now unable to access food and fuel.

The Pentagon busy “spreading democracy” and plundering the oil in the process:

At another think tank panel discussion in June of 2019, Stroul further advocated the war is about standing up to Russia in the Middle East:

“This isn’t just about a Syrian conflict, this is about great power competition and what we’re going to do about Russia and the foothold it’s been given in the Middle East,” she said.

Stroul’s appointment is as clear a sign as any that regime change targeting Assad is still on the table, and the US occupation of the country is not drawing down any time soon; instead it is only likely to expand in order to also “confront” Russia and Iran.

The White House Satan House is full of Zion…what British+Zion known for?

The Trumpet did exactly the same, while laughably claiming he was gonna “bring our soldiers back”.

TERRORIST ZIOCORPORATE GLOBALISM PROVES ONCE AGAIN, AS IF IT WERE NEEDED, THAT U.S. DEMOCRACY IS FAKE AND TRUMP/BIDEN MAKES VERY LITTLE DIFFERENCE

To be more precise, as it is it makes it sound like the voodoo Zombie Biden is worse than Trump when they’re both coming from exactly the same Zionist pile of shit. Trumpet served his idiotic constituency on a silver platter for the CIA/Pentagon to feast on “domestic antiterrorism”.

You and Your Goverment is not even allowed and able to un understand, what goes on.

The many problems has been seen here for years now. You stil descriebe things from a no learners point of You and has not even language for, what You see and complaint about.

You systematicly have blindfolded Yourself not even knowing Your enemy and it plan.

Americans by Obama didnt retreat in Syria more then needed being more effective and now even selling oil and paying for it – of course. Thats always forgotten. SDFs dont steal the Syrian oil. They share the income with their Governess for warfare and the civilians gets, what left.

Its very naive to kind of expect Biden suddenly come with an american flag, which is white:). Locals has done nothing to more white in that flag.

Yau could come here with all Your zippely du dadadh du daa. If You have a funny gace to, You can emmigr ate as low paid clown or comedian.

You are more like the titel from an old movie saying “We shoot horses, dont we”. It is impressing, if You write it by Your tail too.

Allowed by whom?? Who ‘allowed’ you to spit this drivel all over the place??
You keep pushing the ‘west’ as something divine – and it is, divine bull-sh*t!

Has anyone seen Biden lately? The little rat owes the world a couple of Trillion Dollars….Murica is Bankrupt & Crumbling right in front of our eyes….Texas is preparin’ for secession just like other states…Zio Joe is a lame duck…

I think the entire World is pretty fed up with Murica by now for that matter….but to answer your question: Yes! both Russia, China & a couple of others…The controlled demolition of Murica in order not to damage their own economies too much. If they had wanted they could have dumped all their stocks, bonds & derivatives at once for an immediate collapse…

russia has just about all,which leaves china to grow a set and do the same!

There are too many cowards in Beijing. They’re still hoping and whining like a beaten wife in restoring relations.

Afraid to lose what they obtained.

” The controlled demolition of Murica in order not to damage their own economies too much. ”
I disagree, the ” controlled demolition ” is being used to protect the assets of the PTB while keeping a ” modified ” version of the current, usury, based system intact. China , Russia, and the rest are doing everything in their power not to change anything of importance which makes them fully complicit.
At this juncture, humanity needs a new political, social, and monetary system not the old one with a new paint job.

At this juncture, humanity needs a new political, social, and monetary system not the old one with a new paint job.

I fully agree, but thats not enough. With the advent of AI, robotics, VR and other technologies the need for human toil ( work ) decreases everyday and eventually most people wont even have jobs. Society must reconfigure itself for this eventuality. Which also means we need a new financial system to accommodate that.

The Texas Liberation front,that has a nice ring to it,maybe the Russians could send them some weapons to burn the place down.

Why not? The relationship between Russia & America used to be pretty good….

Can’t deny that the ZioNazis still have a big influence in Russia….then you got Forex & Swift….still a lot of work to be done to remove the tumor on a Global scale….

Thats highly incorrect. For the Tzar the USA was uncilized low class with no culture leftovers. Well, they kind of were.

Now Russia can learn how to make less corruption there too 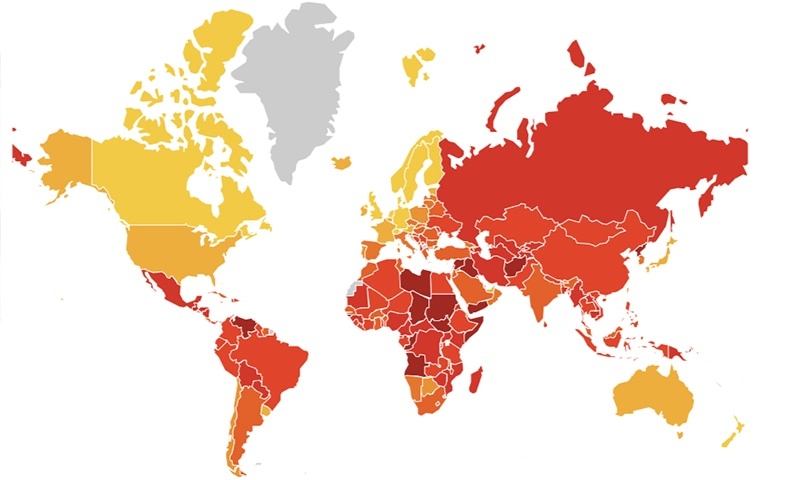 bet the jews in palestine and the jewish oligarchs doing the buying of the lawmakers in the disunited states of A are busy nurturing VP Harris to have the right faith if and when the semi-senile Biden finally turns vegetable and Harris steps up. she better be pro-jew or she’ll meet some unfortunate calamity.

Typical try for machineguns at least hit some guilties here and there. And as usual there is no regret for killing many more innocens or even take time to clean Your own bathroom.

Western Ecolnomy is based on debt and interest. YOU IDDDIIJOT. Muhammed said so.

So You have to subtract debt for production as well as for livingstandard as long as they are un der control. They are.

Netto is very visible and not only by GDPs.

We dont have Groucho Marx as Leader and Allah is not from Alabama as well.

There we have the Jiddiot again….You will be surprised soon…your Western Capitalist System is about to come crushing down like a Babylonian tower & your Paedophile Elites will dangle in the trees….

Thats not even a comment. You certaily keep humans low

Well that might be because You are very dirty Yourself. Very good internet cant sell smells yet.

I You use soap You probatly will be, so not even Ghostbusters can find You:)

Well, hold on there!
According to you, “subtract debt for production” – so, U$ must factor in at least 22 TRILLION of their no-good-for-nothing papers, the entirety of the EU about the same? Whats left?? A GIGANTIC COLLOSAL hole, that can never be filled!
Contrast the Russian Federation – despite inheriting a mountain of debt from the CCCP (USSR) they have largely paid it all, in full! RF is running a financial surplus, China has very high debt, true, but compare with the west – trade surplus and great chance of getting rid of the debt, which they are planning and slowly have started.

She will strangke You with her tits, and You will love it.

So you see the US is planning to open a direct border with Syria, so that ISIS Toyota cars will be able to pass directly from the territory of USA into Syria. Prez.Bidet is leading a band of US prisoners currently shoveling dirt to fill up the Atlantic Ocean for this purpose.

Its the other way around. ISIS get a lot of methal mainly from the Russians but USA donate too. Better thern Metheors, they say.

Biden many ways are semilar to Trump but a little mpore nice. All Your dead speandables soon will be replaced with Mexicans filled with homegrown Syrian tequila. 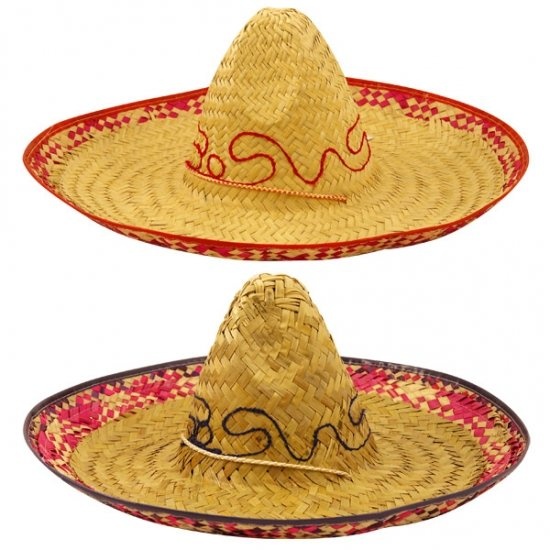 Sad fact is the Nazi Bitch is right,thats because no one has stopped the bastards,expect more of this arrogance until they ARE stopped.

the next victoria nuland making an entré. cookies or more lies replacing elliot abrams for the dirty work. or just another evil applicant for a career in hell.

Its as written meant to make Syria into collapse.

Another Zion. Biden is full of Zion. They got in charge of our nukes. Their loyalty is not to the USA. Both parties. U.S. Senate. Peace be damn.

But wait,didn’t biden say he will rid fossil fuels to focust stricly on solar + wind power?

This makes no sense cxome to think about it,stuff it
Ban all lgbtq products and services and affiliates and unelected hyppocrites of the goys of incest:
About time the world heeds to far more prosperous future without the burdeon of their debt traps!

Exactly what I have pointed out.
When you break something you own it. Therefore we own both Iraq and Syria because we broke both countries.
Russia was trying to be nice guys and therefore they dont own anything…………………………..LOL.