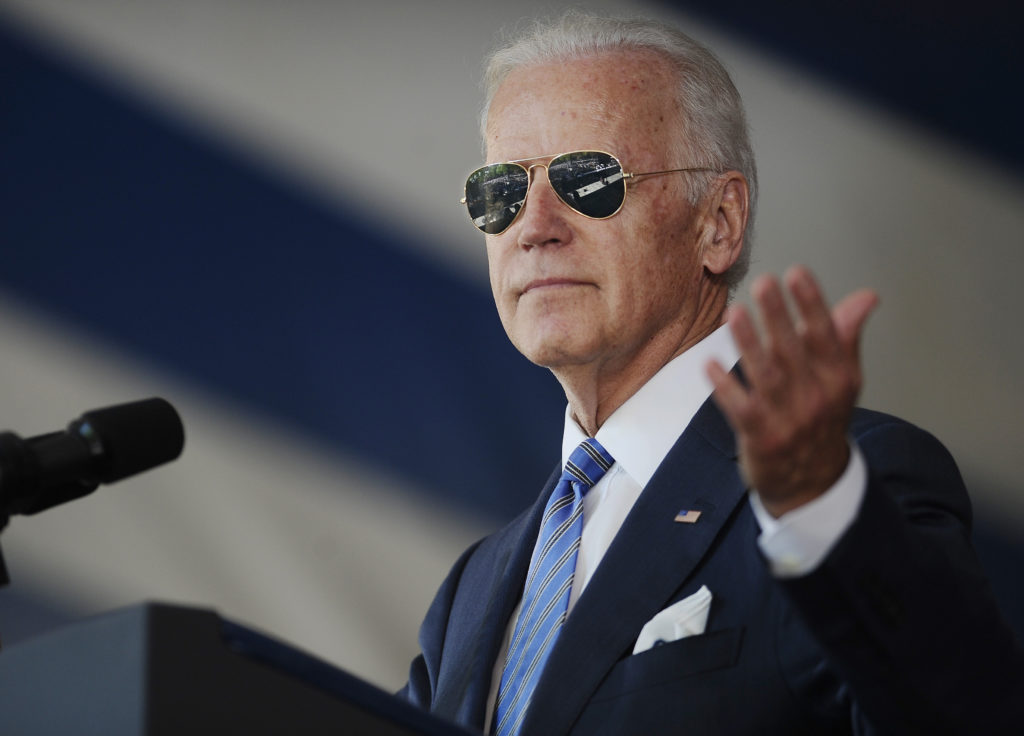 The White House said on September 9th that “recent data indicates there is only 1 confirmed positive [covid-19 disease] case per 5,000 fully vaccinated Americans per week.”

Its announcement fails to link to any source on that allegation. However, if Biden got that estimate from the New York Times, then he was definitely overstating it by 700%. And America’s ‘news’-media, at press conferences, don’t ask politicians, “Where do you get those data? What assurance do you have that they are trustworthy?” Instead, mere allegations by public officials are reported as if they should be accepted as being facts.

All of America’s recent Presidents have been similarly casual and untrustworthy about the truthfulness of their allegations, such as they were about “Saddam’s WMD.” The whole world therefore has good reasons to distrust what America’s Presidents say. It’s certainly the case with this President. Why do people trust them any longer? Either the U.S. official builds policies on the basis of his/her falsehoods, or aims to deceive people; and, in either case, what that person says won’t be trusted by any intelligent person.

In this particular instance, another dubious news-source (besides Biden), the New York Times, had headlined, two days earlier, on September 7th, “One in 5,000: The real chances of a breakthrough infection.” However, that allegation (“One in 5,000”) likewise failed to link through to its source and to describe the methodology behind that estimate, though it did allege that the estimate was somehow based upon “statistics from three places that have reported detailed data on Covid infections by vaccination status: Utah; Virginia; and King County, which includes Seattle, in Washington state. All three are consistent with the idea that about one in 5,000 vaccinated Americans have tested positive for Covid each day in recent weeks.”

Perhaps President Biden had read that headline (from two days before), and didn’t read the Times’s news-report itself, which said not “1 confirmed positive case per 5,000 fully vaccinated Americans per week” but instead “that about one in 5,000 vaccinated Americans have tested positive for Covid each day in recent weeks.” In other words: Biden’s estimate, of a one-in-5,000 chance per week, is overstating by 700% the Times’s news-report’s estimate, which said per day — not per week.

The Times’s news-report then upped its own ante to only a one-in-10,000-per-day chance in America’s largest cities, which are more-leftist, less rightist, than most of America, and which therefore believe more in government-regulation (such as to control covid) and so have a higher percentage of vaccinated population: “Here’s one way to think about a one-in-10,000 daily chance: It would take more than three months for the combined risk to reach just 1 percent.”

Consequently, if that’s correct, then for a person in the more-rural America (assuming that the Times’s data and calculations are sound), the likelihood, at one-in-5,000, would have an average resident there facing a 2% chance of becoming sick with covid-19 during a 3-month period, if “fully vaccinated.” Furthermore, the Times alleges that “The infection rates in the least vaccinated states are about four times as high as in the most vaccinated states.” If that is true, then a reasonable assumption would be that vaccination is effective, and that therefore the Republican Party position on this matter — that the government shouldn’t impose penalties against unvaccinated individuals as part of a program to protect the public’s health (the health of the entire public) — is false, and the Democratic Party’s position on this matter is true.

The Morning Consult poll of residents in 15 countries recently headlined and reported:

“The U.S. Has a Higher Rate of Vaccine Opposition Than Any Country Tracked Besides Russia”

Previously, these had been the figures:

“The U.S. Has a Higher Rate of Vaccine Opposition Than Any Country Tracked Besides Russia”

How, then, do those countries rank on performance regarding covid-19?

That’s shown by going to

and clicking there twice onto the column that’s headed “Tot cases/1m pop”. Of the 223 ranked countries:

China is #9, the ninth-best country, at 66 cases per 1 million population.

U.S. is #209 at 124,729 cases per million. It is the only non-small country that performs this poorly. Every one of the yet-worse countries has below 5 million population except Czechia, which has a population of 10,732,613.

Russia’s new cases have been declining since July 16th.

America’s new cases have been declining since August 27th.

As regards Czechia, all of its bad performance ended in June. On 1 March 2021, Czechia introduced a draconian lockdown; and, after March 3rd, the raging epidemic began its decline. On 15 March 2021, Al Jazeera headlined “Czech Republic: What’s behind world’s worst COVID infection rate?” and reported:

Leading expert in viral sequencing, Jan Pačes from the Academy of Sciences, talks to Al Jazeera about the severity of the pandemic and calls on the government to take stricter precautions.

Al Jazeera: How did the country go from having some of the lowest infection rates in Europe to the highest in the world?

Jan Pačes: The Czech Republic is currently in its fourth wave of the pandemic and the healthcare system is reaching its limits.

The Czech government has consistently showed incompetent leadership, failing to protect public health, governing through populism rather than taking on expert advice.

As regards China (which arguably has the world’s best performance at controlling covid-19): the New York Times indicates vaccination-rates throughout the world, at

which shows, for China 78% of its residents as having received one shot, and 69% two.

Vietnam had been, for a long time, the country that had the world’s lowest covid-19 infection-rate, but they were left flat-footed and drastically unprepared for the Delta variant, with virtually no access to vaccines, and Vietnam’s covid-19 infection-rate started soaring in May 2021 and peaked on August 26th. During that time, Vietnam’s performance fell from #1 to #67 on infection-rate (“Tot cases/1M pop”). Vietnam’s Government, which previously had been so proud of its performance, is now intensively struggling with the pandemic.

Oh its 700% effective, at killing people.

Ah, another lie, no surprise.

Bidet is as dumb as a box of rocks.

So what’s the point of this article? To spread more disinformation? Or are you just looking for any contrived reason to attack the u.s.?

None of this matters to a true Christian.

Statistics based on false premises, and skewed reporting are not worth the paper written on, or storage space, and computing power used. Another hit piece from mr. Zuesse to keep the fear mongering on? PS: Mr Zuesse should also take some elementary math lessons: 7 times more does not equal “Overstates by 700%”… (first is multiplicative, the second additive: 1+700/100 for the math challenged)

Actually the usurper was stating how many times the truth is told by government officials….

Now there’s a stat we can all believe.

Where was I again… oh yes. I did a good job!