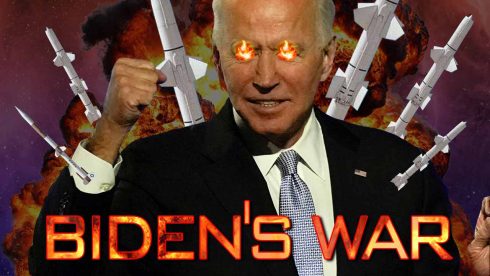 Up to 8,500 US troops on alert for potential East Europe deployment.

At a time when Washington continues its campaign of escalations in Ukraine in the hope that Russia will make a gross miscalculation so that a NATO intervention can be justified, Pentagon spokesperson John Kirby said that up to 8,500 US troops have been told that they can be deployed to Eastern Europe. Kirby said that the “bulk of” US troops placed on heightened alert were intended to bolster NATO’s quick response force.

“The United States has taken steps to heighten the readiness of its forces at home and abroad, so they are prepared to respond to a range of contingencies, including support to the NATO response force if it is activated,” Kirby said, noting that the NATO Response Force “comprises [of] around 40,000 multinational troops.”

In fact, the agreeance between the meeting participants was for the fact that harsher sanctions against Russia should be imposed if it invades Ukraine, something that the Kremlin has repeatedly stressed that it has no intention of doing.

There still remains huge divisions within the West on how to resolve the Ukraine crisis, with the Anglo Alliance of Washington and London, along with its Polish and Baltic partners, opting for escalations. The rest of the European Union wants dialogue and calmness to prevail instead. For this reason, Russian and Ukrainian officials will meet with their French and German counterparts in Paris on Wednesday to find an impasse out of the crisis.

Whilst the French and Germans are attempting to deescalate the crisis, the Anglo Alliance (with minor partner Australia), started the process of withdrawing diplomats from Ukraine only hours before announcing that up to 8,500 US troops are on deployment alert.

It is recalled that the head of European diplomacy, Josep Borrell, responded to the Anglo diplomatic withdrawal from Ukraine, saying: “We are not going to do the same thing because we don’t know any specific reasons. I don’t think we had to dramatize as far as the negotiations are going on.”

Despite Biden claiming that there is “total unanimity with all the European leaders” and the Anglo press and media running similar headlines (such as the BBC’s “Western leaders declare unity against Russia threat”), there was not a united Western front against Russia, just merely on the fact that sanctions should be strengthened if the Russian military were to invade Ukraine.

In action, there are clear differences between the Anglo and European (with the obvious exceptions of Poland and the Baltic states) responses to the crisis in Ukraine, with the Europeans seeking de-escalation as they will be the ones to directly face the consequences of a major war on the continent. Such a war would not be like the one in Donbass, that for now has been contained only in the region and at a low intensity. Such a war would spill across European borders and could see millions of refugees, thousands killed and a major energy crisis.

For a European Union that primarily prioritizes on economic development, such a scenario would be disastrous and one that the US would not be directly impacted by. Britain is also fanatically emboldening Poland and the Baltic States as it too would not be directly impacted by a war on the continent – in fact, such a war could be advantageous for the British in form of enacting revenge on a European Union that it still has deep animosities with.

None-the-less, despite the Polish and Baltic states de-Sovietisation transforming into ultra-nationalism and Russophobia, for now calmer heads are prevailing among the real power brokers of the European Union – France and Germany. For now, Russian patience and European desire to negotiate is prevailing, but amidst the Anglo Alliance’s provocations and escalations, the delicate line between war and peace is being challenged.