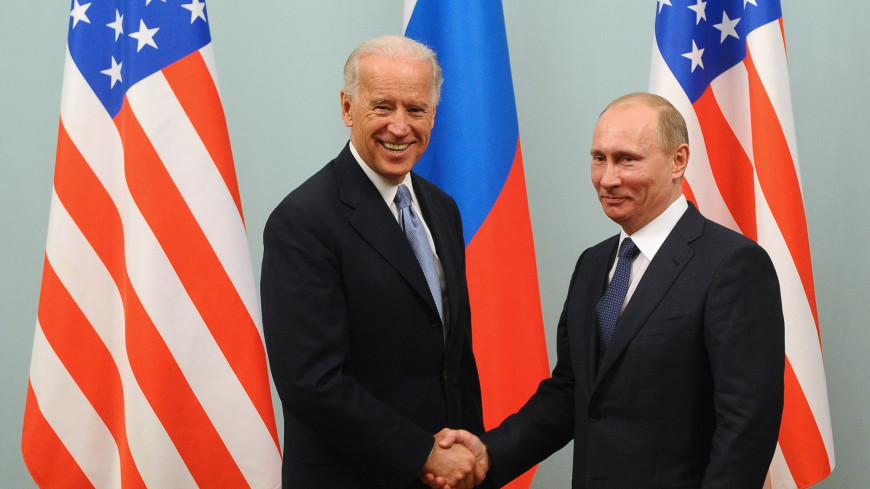 The summit of the presidents of Russia and the United States will take place in Geneva on June 16. This was announced on May 25 by the Kremlin an the White House press services.

“In accordance with the agreement reached, President of the Russian Federation Vladimir Putin will hold talks with President of the United States of America Joseph Biden on June 16 in Geneva,” the statement says.

This will be the first personal meeting between Putin and Biden since the inauguration of the latter as President of the United States. According to the Kremlin’s claims, the leaders will discuss strategic stability and interaction in the fight against the COVID-19 pandemic, as well as the state and prospects for the further development of bilateral relations between the two countries.

“President Biden will meet with President Putin in Geneva, Switzerland on June 16, 2021. The leaders will discuss the full range of pressing issues, as we seek to restore predictability and stability to the U.S.-Russia relationship.” – the Statement by the White House Press Secretary Jen Psaki reads.

It will be the Biden’s first international trip since taking office. Putin will leave Russia for the first time since January 2020.

Previously, on May 19th, US Secretary of State Anthony Blinken held talks with Russian Foreign Minister Sergei Lavrov in Reykjavik at the end of the main program of the ministerial session of the Arctic Council (AC).

Yeah one of the “Shadowboxers” bans LGBT propaganda and GMO-shitfood, helped Syria in the last moment before CIA-ISIS took over Damaskus.

Tries to bring peace, has a army for defence, the other one got a army for aggression like huge Airforce and 10 Aircraftcarrier for bullying the globe where- and whenever it wants.

I see slight differences between those two Boxers. https://tenor.com/view/biden-punching-bag-gif-18582593

Do know heel and faces from american fake wrestling?

Yes i watched it when i was 4-5years old, do you know what American Propaganda means, or CIA psyops.

I bet your american or so, you dont understand russian/serbo/slavic spirit.

you watch some american made conspirancy theories on youtube/bitchute and now think your the checker.

There are several layers of CIA propaganda:

All of them are paid anti-China and anti-Russia, and many turn a blind eye to the Jews (what’s the same).

Most Americans get CIA bullshit like “Qanon” and think they well informed.

Some Americans are waking up, but the “Sting Operations” goes after them if they go hard on Jews, or if they wake up once and for all and go full support China and Russia (and other free countries).

Any USA plataform is also Jew owned and full of CIA and Israeli shills projecting.

gonzalo
Reply to  China Is Right

They are conservative/republican/mainstream right wing of course. Apart from media you mention everyone else is controlled by democrats. There are 3 main groups of right-wing conservatives in the US: Trump, ex-McCain neocons and non-mainstream people aware of Jewish influence, completely politically isolated. Traditional republicans love weapons, hate ‘commies’, hate blacks, migrants, muslims, hate masks/vaccines, love military, but they are somewhat isolationist. Yet they absolutely worship Israel. Democrats are even worse, in the last 30 years (since Clinton) they have been completely transformed into ‘progressive’ fanatics and lunatics, they are basically zombies, apart from few people like Tulsi Gabbard. Pity because traditionally democrats were slightly more sane than republicans.

China Is Right
Reply to  gonzalo

Jews own Republicans and Democrats the same way.

The USA is a Jew owned “festival of labels and naratives”, but the Jews are in charge.

Putin will always talk, as he has stated many times over the years. I mean sure, he wont beleive a word out of Biden’s mouth, but still he has to be the better man here.

IMO, the parasites in DC needs a bloody nose.

The empire is desperately trying to manipulate Russia against China by promising minor concessions and more lies.

USA is realising that it’s time is over

Big mistake on Putin’s part playing kiss ass with Biden, and it won’t change a thing except to make Russia look weak.

AM Hants
Reply to  bluedogg

Or Russia will have some fun with the idiot. Not sure why President Putin would want to see the senile gangster though.

Vladimir, wipe you hand after shaking with Bidet. He may have had his hand in in his diaper.

I expect by the time of the meeting in Geneva in June, Biden will be resembling FDR by being wheeled about in a wheelchair and having nurse Harris right behind him.

She discovered Russians and Americans “are so much alike in terms of culture, in terms of family values, ways of life, reactions, sense of humor”.

to comprehend how Russians are entirely different from amerikans read the British anthropologist Geoffrey Gorer’s ethnography, ‘the amerikan people’ and his ‘the people of great Russia’

All Russia gotta do is stay cool and relax.

The Jewish media is going to shit newspeak on dissidents all day and night and nobody cares anymore, as the Jew’s goal is clearly nefarious.

The collapse of the JewSA in every sense is coming in the next big move of their cesspool, they’re going to kill a lot of people but it’s their last ride in this nightmare.

They would try to get Putin assassinated by Droning Putin & Biden while both meet up this time.