The Biden Administration is mulling whether to retract the recognition of occupied Golan Heights as part of Israeli territory.

The Washington Free Beacon cited an unnamed US State Department spokesman who said that the new administration was considering overturning former US President Donald Trump’s decision.

The State Department official said the territory was not part of any state and control of the area was dependent on the shifting dynamics of the region.

Back in February, asked if his State Department would maintain the Trump administration’s position, Secretary of State Antony Blinken told CNN:

“As a practical matter, the control of the Golan in that situation I think remains of real importance to Israel’s security. Legal questions are something else and over time if the situation were to change in Syria, that’s something we look at, but we are nowhere near that.”

“The secretary was clear that, as a practical matter, the Golan is very important to Israel’s security. As long as [Bashar al-Assad] is in power in Syria, as long as Iran is present in Syria, militia groups backed by Iran, the Assad regime itself—all of these pose a significant security threat to Israel, and as a practical matter, the control of the Golan remains of real importance to Israel’s security,” the State Department official told the Free Beacon.

“The Golan Heights are not occupied by Israel, they are a part of it. The Israelis have a right to it as sovereign land. To suggest that these lands should be returned to Syria, even if conditioned on changes in the Syrian regime, is inconsistent with both Israeli security and the international law.”

Rep. Lee Zeldin who pressed United Nations Ambassador Linda Thomas-Greenfield on the Golan issue during a congressional hearing on June 16, said the Biden administration is being intentionally vague about its policy, generating pressing questions on the international stage.

Former U.S. diplomats who worked on the Golan Heights issue also expressed concern over the Biden administration’s comments to the Free Beacon. David Milstein, former special assistant to the U.S. ambassador to Israel under Trump, said walking back U.S. recognition of Israeli sovereignty over the area signals “an unconscionable betrayal of our close ally Israel.”

“Our allies depend upon the United States keeping its commitments,” Milstein told the Free Beacon. “But now Secretary Blinken has re-injected the dangerous and delusional idea the U.S. could support pressuring Israel to give up the Golan Heights in the future.”

“In one of the most dangerous regions that can go from bad to worse in an instant, the Golan Heights is crucial for Israel’s security, providing a strategically necessary defensible border to help Israel counter threats to its north,” Milstein said. “This is why there is clear support across Israel’s political spectrum for Israel forever maintaining sovereignty over the Golan Heights.”

This could simply be a rumor, but it appears to have caused quite a stir.

Turkey and Azer also claim N-K is part of Azer…is it tho? NO, same here two of the worse countries of the world claim/stealing land.

Difference: even Armenia recognises Nagorno Karabakh as part of Azerbaijan.

primitive racist mako poko required by boyfriend to post at SF to pay for crack….can you find transgender rehab in Alabama?

You are heckling someone who lives in a country with a higher deviation IQ than your country.

IQ irrelevant–only employed in anglosphere…I ignore your racist websites
most recent randomized US dept of ed examination 25,000 US univ grads—69% not English proficient
Asians 54% improving
blacks 33% improving
Whites latinos worse and declining
u cannot speak your own language. and u believe your fake IQ, not employed in civilized nations has relevance
you truly are an insecure joke

It’s pretty obvious you are a troll that accuses non-trolls of being trolls to deflect from the fact the jewish supremacists in Russia, China and the West are desperate to hold onto power, so you falsely accuse anyone who goes outside of the narrative of being a “troll” on a paycheck in a desperate bid to avoid proving them wrong (because you cannot hope to prove them wrong). In other words you cannot win the argument, so you must resort to the unending propagation of heinous lies and gross distortions to avoid honest debate.

Tucker: ‘White Supremacists’ Are Not Carrying Out The Violence In Our Streets: http://www.informationliberation.com/?id=62322

Portland Police: Calm Down Everyone, The Man We Shot Was White!: http://www.informationliberation.com/?id=62332

You go around accusing anyone you disagree with of being “gay racists”, while shilling for an effeminate ideology. To oppose demographic replacement is “racist” in your eyes, despite harbouring racist views of fictitious “White supremacists” in the “western” world. What you need is to be maimed for your effeminate character summerized by Communist Agitprop and unfounded accusations against others. Your frequently amount to nothing more than ad hominem attacks to avoid mature debate, childish squabbling is your forte.

As though Pomfret could recognise international law if he sat on it.

Israel lost its country with the invasion of Vabylon and Assyria back in the Old Testament due to habitual disobedience there is no record where God gives them back their land, 1948 was a political move by the Cabal.

Modern jews are not Hebrews.

L du Plessis
NO CREDIBLE RESEARCH DOCUMENT EXIST TO PROVE THAT SIX MILLION WERE KILLED
REMEMBER WHAT NAPOLEON REMARKED
Prompting Napoleon’s remarks that: “History is constructed from lies which are no longer contested

The “Golan Heights” is Syrian territory. The claim that it is “crucial to the security” of the zionist squatters is irrelevant. Stolen land is stolen land.

Point is, if it was taken by force, it must be reclaimed by force. The Zios want the Syrians to take it back by force as they want the Palis to take back their lands by force. They will not negotiate so why beg them?

Israel is a dry and marginal place – they draw 10% of their overall water supply from occupied Golan – stolen Syrian water resources.

“Israel” needs to withdraw from the Golan Heights. It’s about time.

You are clearly paid to reinforce lies and divert attention away actions that would ultimately solve the jewish problem.

Whatever you insipid retard. You and your five other sock accounts giving yourself multiple thumbs up when you can’t dispute anything I’ve said is beyond pathetic. You are truly a servile consumer drone, a true bug man controlled by the hive’s pheromones. 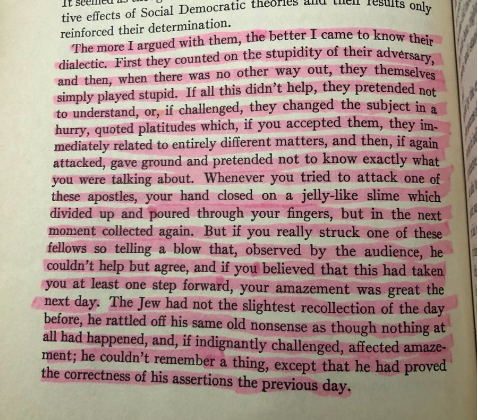 that is great, inshallah they do overturn it and return it to syria

Yeah, because his Jew masters say that the Golan is part of the Jews’ “Greater Israel.”

The Jews wrote it all down in their Protocols, Balfour Declaration, “Greater Israel” claim, Yinon Plan, Which Path to Persia document, etc.

Know The Jew
These are fake Jews

There can be no mulling.
That is Syrian territory by all known and recognized laws.
Same situation for Kosovo.

“The jew cries out in pain as he strikes you.”
— Old Polish Proverb

You are precisely the splitting image of everything you accuse me of. You cannot prove me wrong, no matter how often I prove myself correct. The kikes are too self-conceited to realize through their boundless hubris, they are fulfilling a self-fulfilling prophecy for their complete destruction.

They have conditioned you to mindlessly believe them without question at face value, as if they really were the “divine” messengers of god.

Yet you ironically refuse to fess up to what you did in the first two images below and wish the same for those you don’t like, as you fantasize the savage plunder of others in the near future. However this day will never come, you too are on the decline and don’t realize that you are not far off from being far less relevant than you are now and any point in the past. You believe two wrongs make a right and are indeed the splitting image of what you mistakenly think the “Nazis” were.

our reverse-racism is an adaption of Marxian dialectic divorced from bourgeoisie-proletariat to White plebs vs. shades of black and brown plebs.

“We [Jews] are a corrosive force”
— Douglas Rushoff (Jew)
https://archive.org/details/douglas-rushoff-we-are-a-corrosive-force

You can only utter insults devoid of any real meaning, for you are equally as vacuous as those “Americans” you possess a raging hard-on for in the predatory context of prison rape. You bitch about them all day, while you turn a blind eye to the “Americanization” (Globalization) of Russia and the rest of the world.

The illusory superiority and self-imposed victim complex of the ungrateful jewish collective; devoid of honour, render them narcissists of the highest order.

The “virtue” signalling is the idea that anyone who doesn’t abide by Neo-Marxist lunacy is a “backward” infidel, it is merely a continuation of Marxism which at its core is no different than the jew’s own “messianic” goal for world domination.

They pull the carpet from under your feet, while cynically sucking the life out of you under the auspice of a “utopian” nightmare sadistically portrayed as “paradise” on earth. 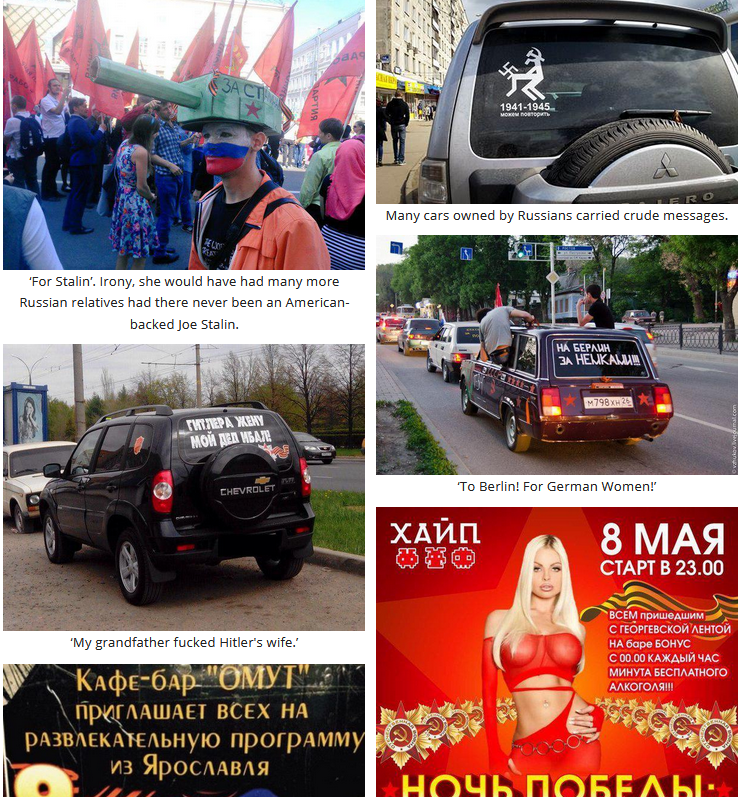 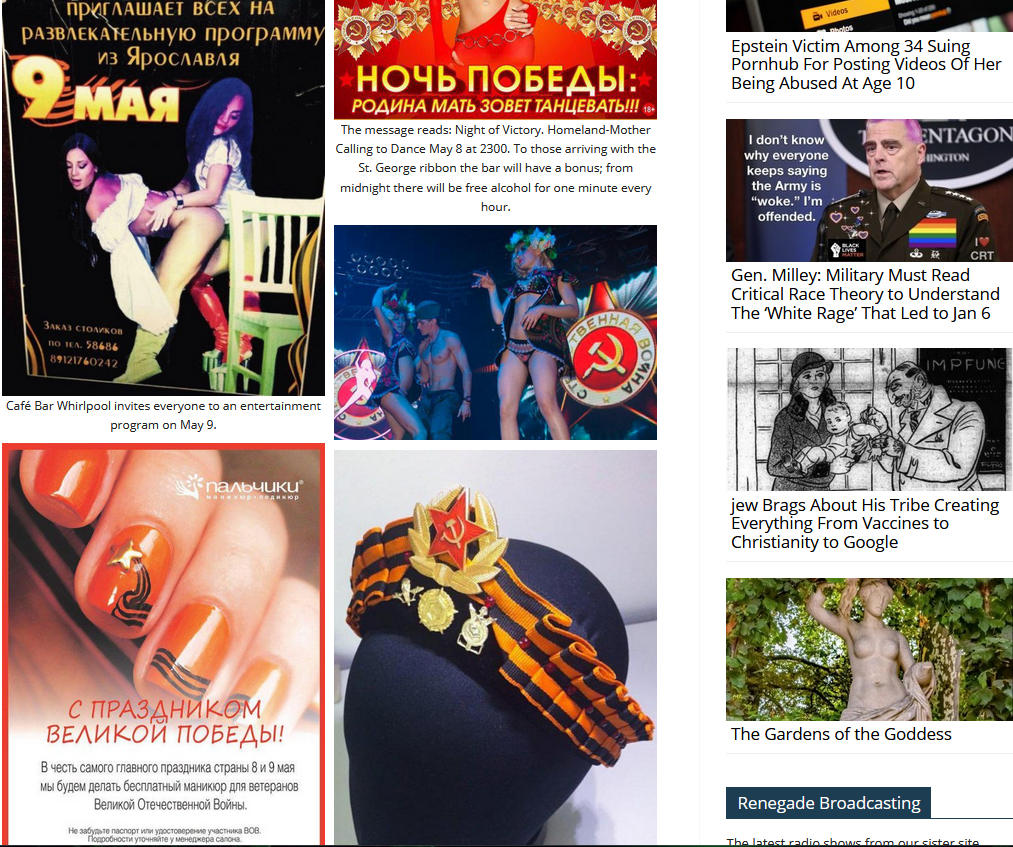 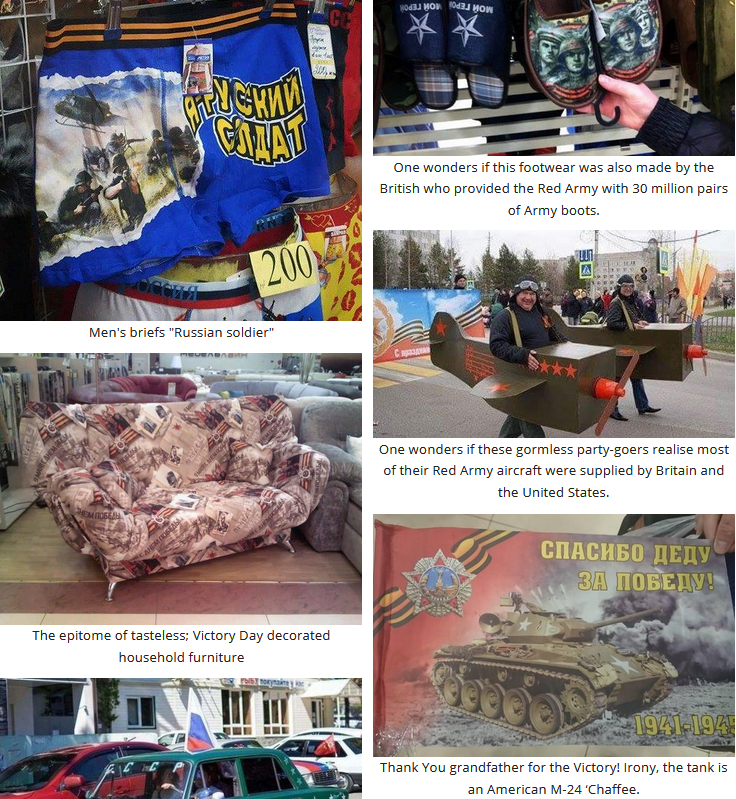 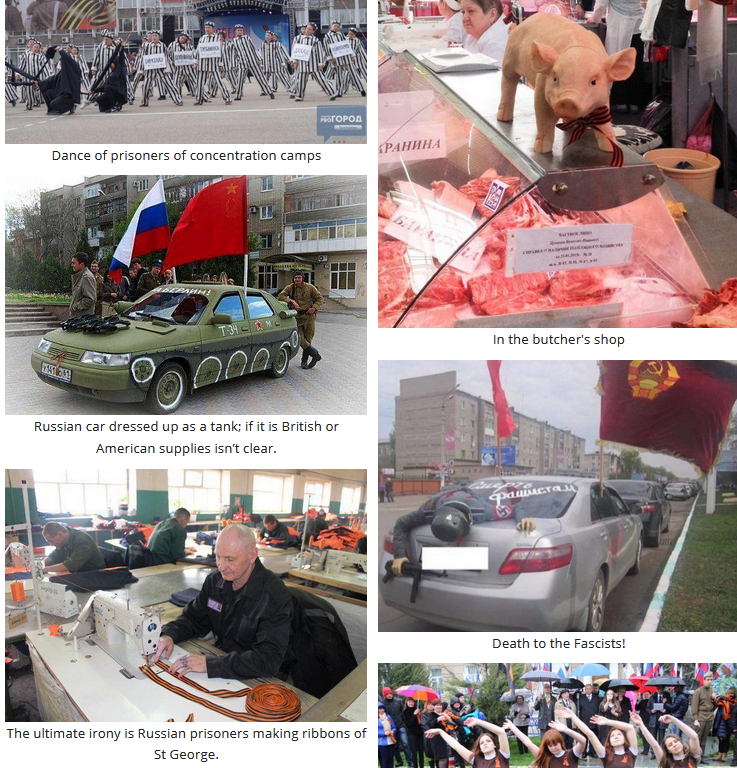 The Einsatzgruppen in the Occupied Eastern Territories: https://shop.codoh.com/book/the-einsatzgruppen-in-the-occupied-eastern-en/497/

*Your reverse-racism is an adaption of Marxian dialectic concocted by Frankfurt School Marxists in Germany (until 1933) and the USA. They divorced “Socialism” from the bourgeoisie-proletariat dialectic to

More about the Frankfurt School:

“1. “Cultural Marxism” didn’t penetrate mainstream consciousness until Bill Lind and Pat Buchanan started talking about it in the early 1990s. But, its roots can be traced back to Marxist Aesthetics which surfaced before the 20th Century. ”

“Weimar was a place in which decadence reigned supreme. Every single vice could be found within the city of Berlin. The Jewish Communistic influence was felt thoroughly within the German city. Everything which encapsulated the misery of the Germany people could be represented within Berlin! To the progressives of the day this represented the epitome of human expression with its libertine values. However to any traditionists it was a sheer nightmare! ”

What The Jews Did To Germany Now In The USA: https://archive.org/details/WhatTheJewsDidToGermanyNowInTheUSA360p

The hideous fiend IS YOU! Stop projecting, shameless kike! All of the heinous crimes you think the “Nazis” committed were intentions of war propaganda intended to cover up identical war crimes committed by the All-Lies (jewish controlled USSR, USA, Britain) against Germans and Slavs.

Even the Russian government in 2010 [reluctantly] admitted the Soviets were ultimately responsible for the Katyn forest massacre, around the time the Polish President mysteriously died in a plane crash outside Moscow, it must have been a “Cohencidence”.

Any (((Russian))) bot pretending they are Russian and refuses to acknowledge that and the Holodomor is an utter hypocrite with no shred of remorse.

The German prescription to cure the degeneracy (pre-LGBT and other highly demented vices) promoted in the Weimar period:

The mentality that made such a response a predetermined certainty:

“You have a way of life, we [Jews] have ours. In your system of life we [Jews] are essentially without honor.” — You Gentiles by Maurice Samuel

You Gentiles by Maurice Samuel (1924):
https://archive.org/details/YouGentiles/page/n75/mode/2up

New Independent Social Media Platform: http://www.twpter.com/user/?at=cali&scid=2021-0626-0646-2731-c-cali
Join Today! No censorship of protected free speech, No advertising, No user information collected or sold, we don’t even ask for an e-mail address or phone number.