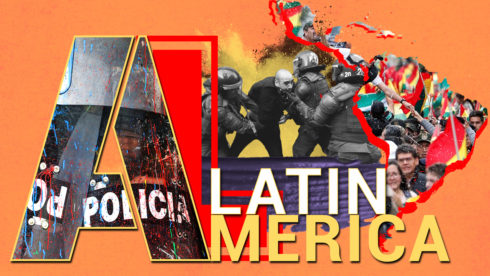 Washington supports its allies only when convenient, abandoning them when they become useless.

A practice that seems to have become a real “tradition” in American foreign policy is to use emerging countries as trading partners during a short period when it is interesting for Washington, later betraying and abandoning them. In Latin America, the US frequently initiates strategic partnerships with developing nations, respecting the agreements only for a period of time considered “convenient” and strategic, which has generated negative effects for several states.

The expansion of power across the entire American continent is a mark of American foreign policy. Since the 19th century, Washington has invested in securing a position of regional hegemony both on the political and military level and on the economic level. US trade relations with Latin nations have always been guided by the central objective of building a favorable scenario for the consolidation of American hegemony, which at various times in history has reflected in situations unfavorable to the interests of Washington’s emerging partners. In fact, the American government respects the agreements it maintains with the Latin countries only when it is interesting to the American plans, not hesitating to violate the norms of these same agreements when it favors its interests.

The most recent example of this type of situation is Mexico. The creation of the USMCA – North America’s free trade agreement – brought many positive expectations to Mexico. The Latin country hoped to expand its relations with the north and participate in a broad consumer market, in addition to increasing its access to high technology developed in the US and Canada. However, after a few months, several partnerships began to be broken to favor American interests. Mexico has suffered severe restrictions in recent months, mainly in the automobile sector, due to a new protectionist wave in Washington, which emerged as consequence of the unfavorable economic situation in US society. The losses to Mexico are substantial and make the USMCA an agreement less and less interesting for the Latin country.

Recently, the discussion on the possibility of a trade agreement between the US and Mercosur has advanced. The idea creates a lot of positive expectations in the southern bloc nations, as many opportunities would certainly be created from this scenario. However, on the part of Washington, the agreement will only be possible if the southern nations accept to completely submit themselves to abusive conditions such as the non-ban of tariffs and non-tariff barriers. In any trade agreement, the first point to be discussed is the end of tariff and non-tariff barriers (such as quotas and quantity restrictions), but the US is not willing to modify any point of its current rules for Mercosur. On the other hand, the emerging bloc should reduce barriers and allow for a more fluid entry of American products. In fact, taking advantage of the bloc’s current condition of economic weakness and its need to create agreements, Washington acts in an abusive manner and guarantees its interests in an unethical manner.

In fact, the US makes agreements with Latin nations seeking to impose its interests unilaterally, without any respect for the plans of the states with which it is negotiating. In events of recent past, other measures also highlighted this reality. For example, Peru, Chile, and Mexico, which are nations with a coastline on the Pacific Ocean, were deeply affected by the decision of then-President Donald Trump to withdraw Washington from the Trans-Pacific Partnership in 2017. The agreement had emerged two years earlier during the Obama administration and served the interests of the Democrats but was considered anti-strategic by Trump due to his protectionist policy that prioritized the American market and workers over international partnerships. In the midst of this scenario, the most affected parties were the emerging nations that counted on the reduction of fiscal barriers to trade with the US, having been discarded as soon as their usefulness was considered finished.

Something similar happened with Colombia in 2019, when several Colombian entrepreneurs were sanctioned and suffered enormous losses due to an alleged involvement in investment schemes in Venezuela. At the time, more than ten large Colombian companies were sanctioned for having business on Venezuelan soil, resulting in damage to the Colombian and Panamanian economy (some of the sanctioned companies also operated in Panama). Interestingly, the same punished businessmen maintained strong ties with US corporations and operated freely in bilateral trade between Bogota and Washington, but they were promptly discarded as soon as the US government identified operations that affected American interests.

In the same sense, Peru has been victimized by the American “abandonment” several times in recent decades. The Fujimori’s dictatorship was strongly supported by the US to fight communist guerrillas in the country, leading to commercial partnerships in various sectors, which brought significant stability to the Peruvian economy. However, after the corruption scandals and human rights violations, Washington “abandoned” the Fujimori family so as not to harm its international image. Today, Keiko Fujimori, daughter of the dictator who ruled the country in the 1990s, is an extremely discredited candidate in the Peruvian electoral scenario who constantly solicits US support without receiving any response. Also, many of the bilateral economic activities carried out at the Fujimori era were canceled, which caused several losses to Lima.

As we can see, Washington signs agreements and cancels them as it suits its interests – and this oscillation often generates negative effects for the weakest parts of the partnerships, which are precisely the emerging nations. US activities in Latin America have been in this sense for a long time and it is not expected to change anytime soon. It is also necessary to say that this situation can be witnessed not only in the economic sphere, but also in the political arena – the fact that Washington financed, supported, and later condemned the Latin military dictatorships of the last century is an example of this.

This shows that at no time in recent history has a partnership between a Latin state and Washington been truly profitable for the Latins. Everything is done at a high cost and suddenly every partnership can be ruined – it is enough that the American interest with such an agreement has already been reached. It is necessary that Latin American countries recognize this history in their relations with the US and invest in alternative international cooperation, prioritizing South-South ties, maintaining agreements between the emerging countries, avoiding submitting to abusive and unstable conditions imposed by Washington.

american gov are scumbag trash. A society in severe decline, getting worse. Leave the police state while you can, don’t return…

Check out gangstalking and remote neural monitoring. Various forms of gov sponsored sickness used against the american people, against their basic human rights.

The US is run by betrayists from 1850

It’s alway’s been this way, US Government never signed a treaty it didn’t break. CIA keeps Central, and South American countries destabilized to facilitate regime change when a country’s leader’s something that displeases the City of London, like Chavez did, and Maduro has continued. US Government came up with the regime change plan’s to 86 Maduro by staging the impressive coup de farce. Stupidest fucking thing I’ve ever seen. A very embarrassing total fail. US Government got to talking real tough about what it was going to do, too. Then two Russian Tu-160 strategic bomber’s, flew in, with their MiG-31 escort. Toured the Caribbean, with US Government anxiously wringing it’s collective hands, due to having knowledge they had hypersonic weapons aboard, and there were Russian submarine’s within 200 miles of both US coast’s. Armed the same way. US Government plan’s for Venezuela, stopped in their tracks. Russia’s Il-76 cargo plane’s, with tech crew’s, and part’s to upgrade Venezuela’s Russian made military hardware, and training upgrade’s for the troop’s. Humanitarian aid, and Iran on it’s way, with food, fuel, and weapons system’s. Putin with his specific to individual Western leader’s 😏 smirk being the obstacle in their way. Everywhere US Government/military wanted to go. Mexico apparently didn’t see this coming. It sure as Hell should’ve, USMCA is nothing more than a precurser to the North American version of EU. Requires the country’s to give up their sovereignty, follow instruction’s from unelected leaders (tyrannical totalitarian dictator’s) unrelated to, and offshore. Two of three leaders in these countries are members of the Illumaniti bloodline, and “highly likely the third is too. There were people howling against this Globalist move. The people stood silently gawking as the legislation was passed. Mexico will make a “Mexit” in the not too distant future I’m thinking. The countries South of Mexico are tired of US Government, with it’s bullshit. (US Government is a wholly owned subsidiary of the City of London, which it serve’s it’s master’s exclusively. Canada, too. Led by the “Eugenics Fairy.” (Distant cousin’s with the Tooth Fairy, and the Dickhead Fairy”)