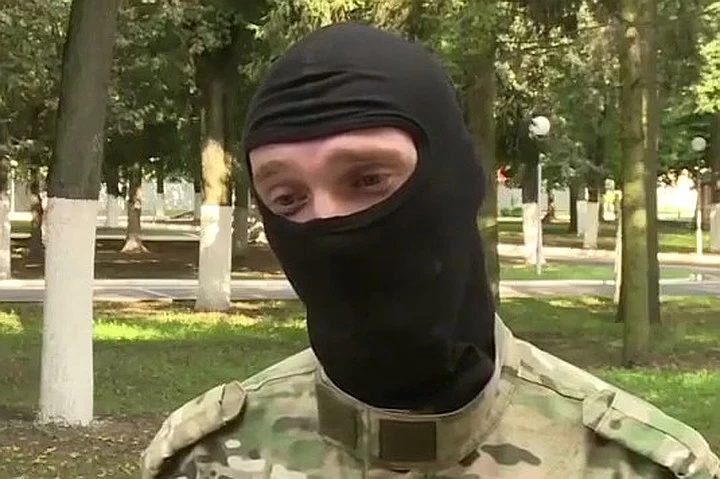 A Belarusian security forces official gave an interview regarding the ‘retired veterans’ who joined the protesters’ ranks and demonstratively threw out their uniforms in protest.

“Well, that is how it goes: while all the troops were improving themselves and training, the ‘protester’ valiantly repaid his debt to the Motherland on a bed in the medical unit. It was hard for him, his legs hurt,” the statement of the Belarusian military, who noted that such an act from such people “is not at all surprising”, he said in the interview with RT.

The Belarusian opposition has repeatedly called on the security forces to go “to the side of the people.” The opposition-established Coordination Council issued special appeals to law enforcement officers.

The Ministry of Internal Affairs of Belarus responded to the call of the opposition to take their side.

The department flatly refused to join the “columns of protesters”.

According to a spokesman for the ministry, some sided with the opposition due to online censure or some personal interest. However, she noted that she was not ready to condemn them.

A reason could also be that the families of some security forces personnel were receiving death threats online and were getting phone calls with threats.

Meanwhile, opposition leader Svetlana Tikhanovskaya rejected claims that the opposition wants to close the frontier with Russia, rubbishing the idea that the country wishes to turn away from Russia.

“People are saying that we want to shut down the borders with Russia,” she told Polish news portal Onet. “This is nonsense.”

Tikhanovskaya also refused to discuss any Russia-specific policies, noting that all decisions would be made by a future elected president.

On August 25th, speaking to the European Union, Tikhanovskaya explained that the Belarusian opposition is now the majority, calling the uprising a “peaceful revolution.”

These claims are evidently entirely false, since the heavily anti-Russian policy that her platform campaign promised can still be found online.

Time to shut down the CIA cunts shitshow and arm the Black Panthers in the burning Americunt shithole.

What I like the most about these guys is their Rambo style fashion line; produced in sweatshops of Indonesia by child labor. When I look at them attentively… It makes me very nostalgic about TRUE Black Panthers from 1970’s who looked lie true men and true fighters, comparing to these fashion clowns. It would take not more than two Houthi fighters to massacre them all.

The black panthers are a branch of the CIA.

American working class will terminate these black assholes , slaves in love with their chains .

Lone Ranger was the most credible according to Hollywood.

Hey, don’t make fun of him. he is an awesome guy.

According to US own think tanks and even a recent article by the Atlantic council, any color revolution needs a militant, potentially violent group to succed. The Nazi Battalions in Ukraine took this place, but in belarus there is no such group, beside some undisciplined soccer hooligans. Also it needs to succed a split in goverment and elites, which has not happend in Belarus (also not in Venezula). It is because of this, we now see this soldiers. NATO needs them in big numbers for their success. We will see if they get enough militants to be able to fight the riot police. I doubt it at this point but who knows.

Give it time all it needs are a few Georgian snipers to get the violence rolling.

Yeah, that is my fear. NATO will do something for sure to escalate. And likely according to their doctrine, which i mentioned above. So a Maidan like set up is sadly pretty likely IMHO. But who knows. AFAIK this is the 5. or 6. color revolution attemp in Belarus now, and now Lukashenko and Putin have come to an agreement. I guess in 1-2 weeks time we will know for sure.

Belarus oposition are pro NATO/EU…if they are prudent is because they know that Russian military will enter there without restraint in case of NAZI armed gangs begin to appear in Minsk…otherwise these gangs ( Included people from Baltics, Croatia and Ukraine would already be there deployed)..

Hmm, whilst it’s good to hear her say such things, I’d take this with a massive grain of salt. Surely there is someone better than her to be leading this cause?

Russia just announced a special security force will be sent to Belarus if activists try taking over government buildings. The Russians have warned against the protests being fuelled by foreign powers, likely Poland.

The Western Europeans would want to wake up soon, before Polish stupidity starts off another European war.

Exactly what I were saying. The Belarusian people are moderate rebels who only wanted a little freedom like we have it in America. But Putin’s and Lukashenko’s only response was bombing innocent civilians, hospitals, funerals and also weddings. Putin poured gasoline all over Belarusia,and set the whole Eurasia on fire, while we were winning hearts by giving children Juicy Fruit. and Belarusian women flowers. WE won again.