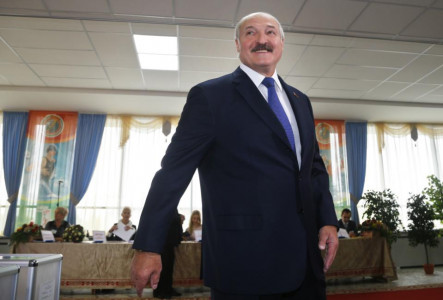 The President of Belarus remains in office having won yesterday’s election by a landslide. Whilst President Lukashenko may be a divisive figure outside of Belarus, his popularity inside the country remains undiminished some 21 years after coming to power. Belarus is and always has been close to Russia culturally and economically, and the President has so far managed to steer a course of retaining good relations with the EU despite this. This article from RT provides the details: 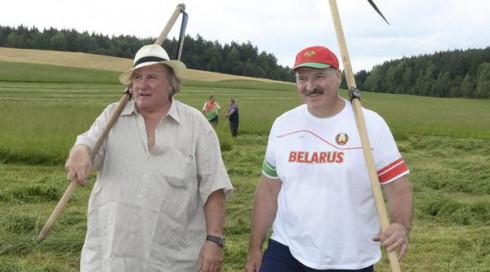 The incumbent president received 83.49 percent of the vote with an election turnout of 87.2 percent. The highest turnout rate of 91 percent was registered in Vitsebsk region, located just north of Minsk, the Belarusian capital. The lowest turnout, on the other hand, was posted in Minsk.

These numbers do not include the votes of citizens who voted from abroad. The official final figures will be available on Friday, October 16.

Lukashenko visited one of the polling stations with his son and cast his ballot in a box.

“You know very well my position and I am not going to deviate from my main principle, and it’s not just mine. Many have such a main principle for governing – everything should be quiet and without revolutions,” he said.

He also said that he is ready to improve relations with the West, but only if the West wishes for this too.

“I don’t think our elections, and not only the elections, can bring an improvement in our relations with the West. They will happen only when the West wants this itself,” the president said.

He also said that Russia will remain Belarus’ main partner. “Russia has always been with us economically and politically, they are not just our friend but our brothers, whether anyone likes it or not.”

“Do not twist my words or take out them of context and do not throw anything away, you know, like you do in the West. I do not want to fight but if, God forbid, we have to, it won’t be a matter of air bases. The case will be that, as it was before, we will fight together with Russians to the death, with Russian people and all those who want to support us; stand here to the death with Belarussians.” he said referring to the possible deployment of a Russian air base on Belarusian territory. 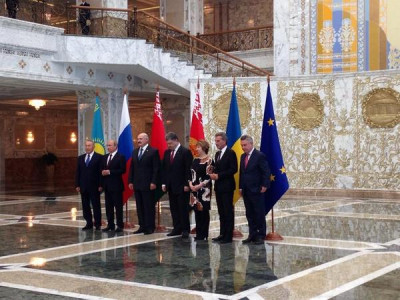 Along with Lukashenko three more candidates took part in the elections.

The first ever female presidential candidate, Tatsiana Karatkevich, is a member of the Belarusian Social Democratic Party (Assembly) and “Tell the Truth” civic campaign, which is aimed at making the authorities more accountable to the people.

The head of the Belarus Patriotic Party, Nikolai Ulakhovich, 64, advocates deeper ties with Russia and Ukraine. He is also the leader of the Belarusian Cossacks.
After the polls closed, dozens of opposition activists gathered on Minsk’s October Square. They waved red-and-white flags (a nationalist Belarussian symbol) and EU flags. They called for a boycott of the elections

The previous Belarusian presidential elections in 2010 ended with mass protests and clashes resulting in the arrests of more than 600 people, including most of the presidential candidates.

I also wonder about this:

How can the result be here already for 2020, when the election is in AUGUST 09.

Today here is Juli 30. How many time zones is that?