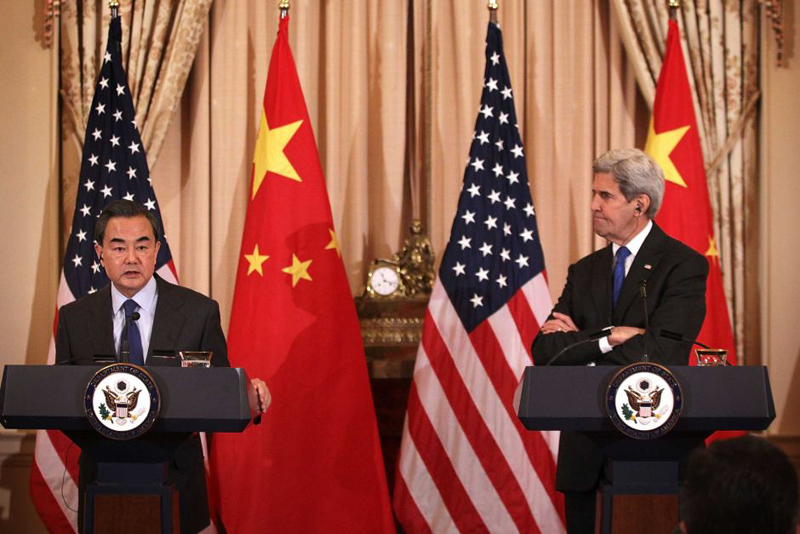 The USA should not do anything that could harm to the sovereignty and security of China in the South China Sea, China’s foreign minister Wang Yi told US Secretary of State John Kerry during a telephone conversation on Wednesday. This statement was made ahead of a key court ruling on China’s claims in the disputed waterway.

Wang Yi emphasized that the USA should stick to its promises not to take sides in the dispute, and expressed the hope that the United States “speaks and acts cautiously, and take no actions that harm China’s sovereignty and security interests.”

Tensions and rhetoric have been rising ahead the forthcoming ruling by an arbitration court. The court will hear the dispute between China and the Philippines over the South China Sea in the Dutch city of The Hague on July 12.

This week China is conducting military exercises around the Paracel Islands in the north of the region, while US destroyers, USS Ronald Reagan and its escort ships have been patrolling around Chinese-held reefs and islands in the contested Spratly Islands to the south since last week.

Washington was accused of militarizing the waterway with freedom of navigation patrols by Beijing, while China, building military facilities on islands it controls in the South China Sea, received concern about this issue from the United States.

US officials fear that China can declare an air defense identification zone in the South China Sea, as it did in the East China Sea in 2013, or step up its building and fortification of artificial islands, responding to the ruling, Reuters reported.