China has used its nuclear capable H-6K bomber for a combat air patrol over the South China Sea. 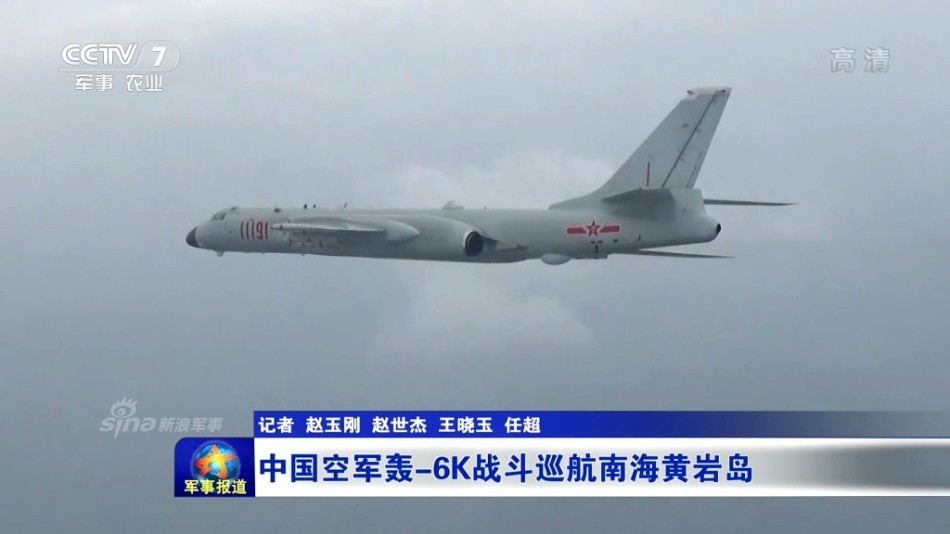 Beijing has used its nuclear capable H-6K bomber for a combat air patrol over the South China Sea, the China Military information website reported on Tuesday, citing the words of Shen Jinke, the spokesman for the People’s Liberation Army (PLA) Air Force.

According to Shen Jinke, H-6K bombers and other aircraft including fighters, scouts and tankers were sent to patrol islands and reefs including Huangyan Dao.

The aircraft carried out tasks including aerial scouting, air combat and island and reef patrol, fulfilling the patrol’s objective during the mission.

The Air Force releasing the photo meant it was able to cover that region unlike before, and that its commanding and guarantee capability has reached a new height.

According to the spokesman for the PLA Air Force, now, the main aim of the Air Force is to promote real combat training over the sea, improve combat abilities against various security threats and safeguard national sovereignty and security.

“To effectively fulfill its mission, the air force will continue to conduct combat patrols on a regular basis in the South China Sea,” Shen Jinke said. 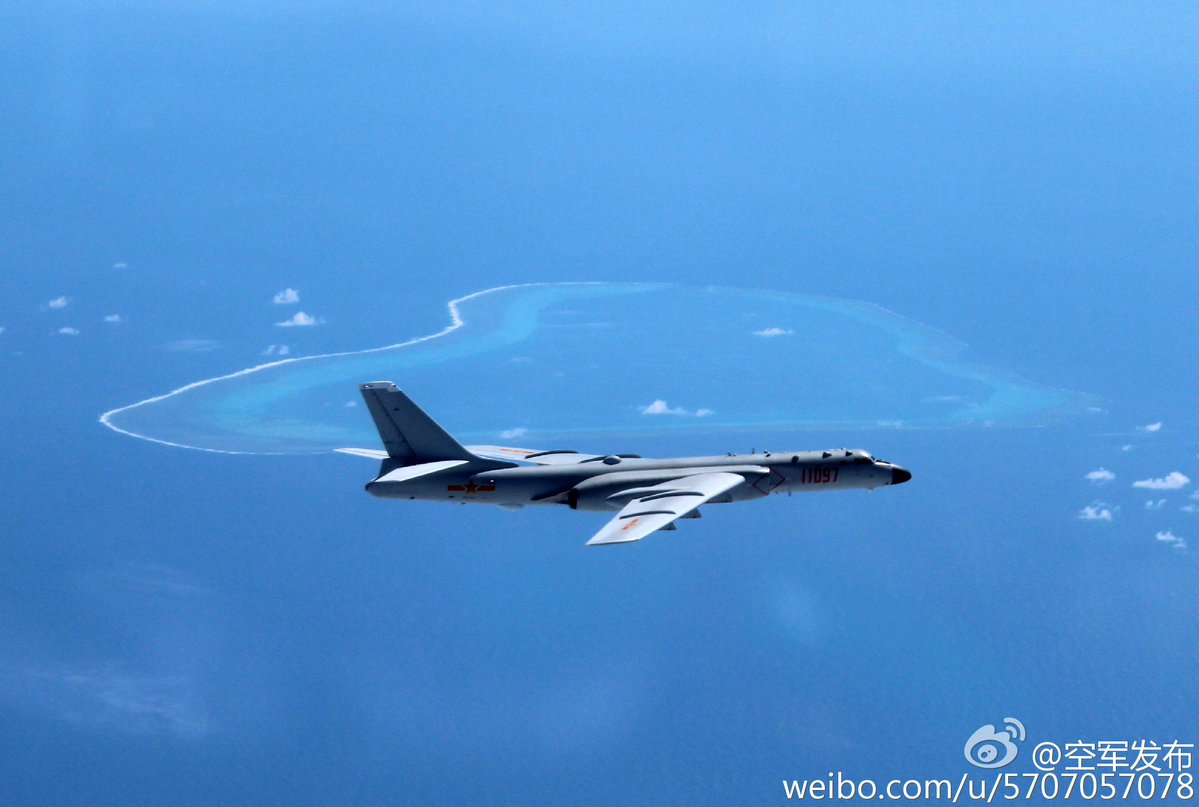 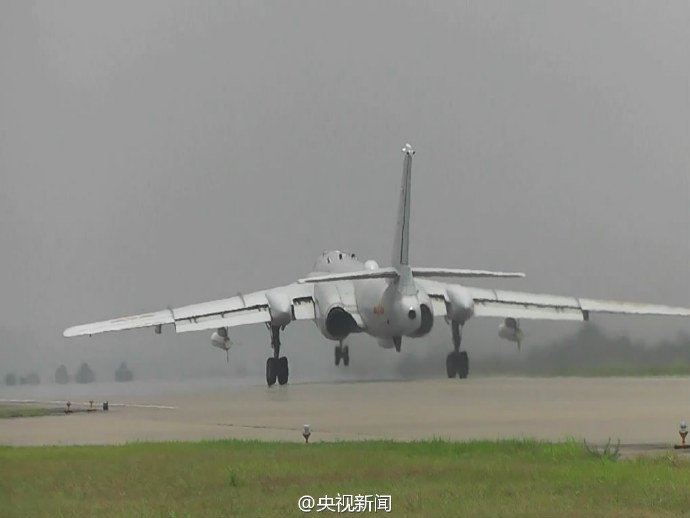 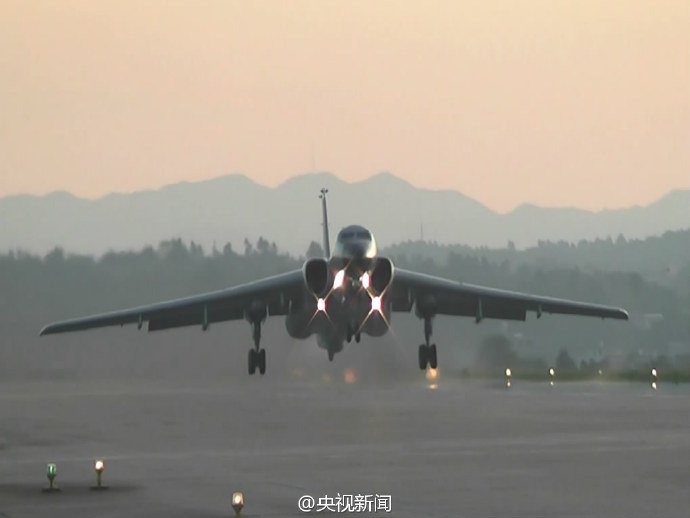 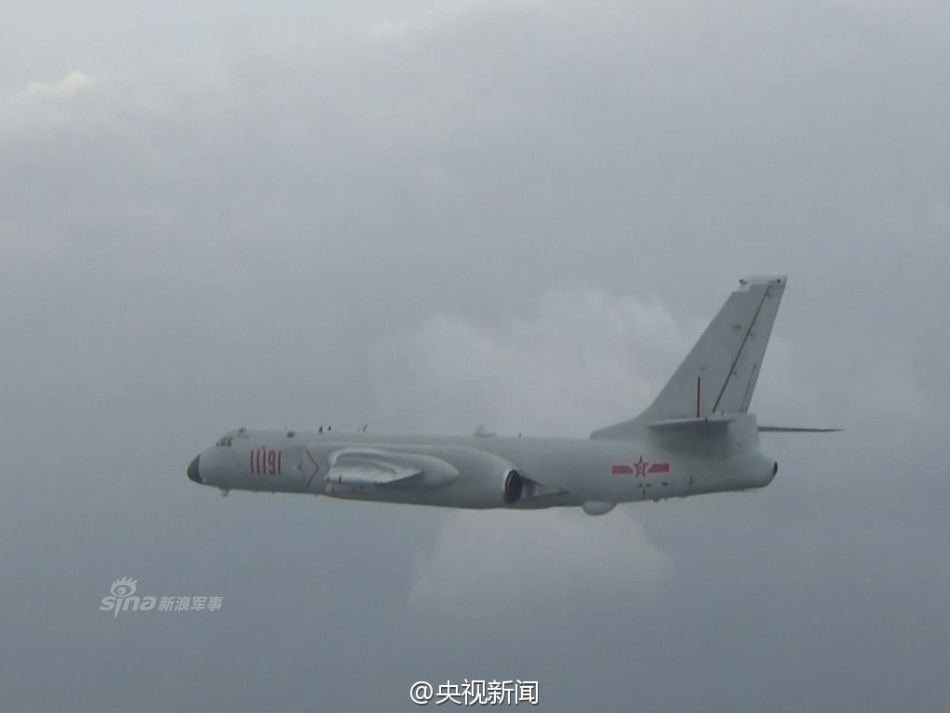 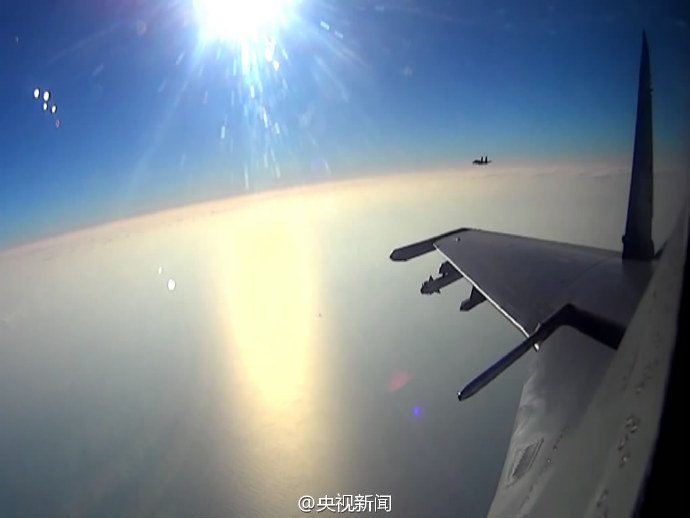 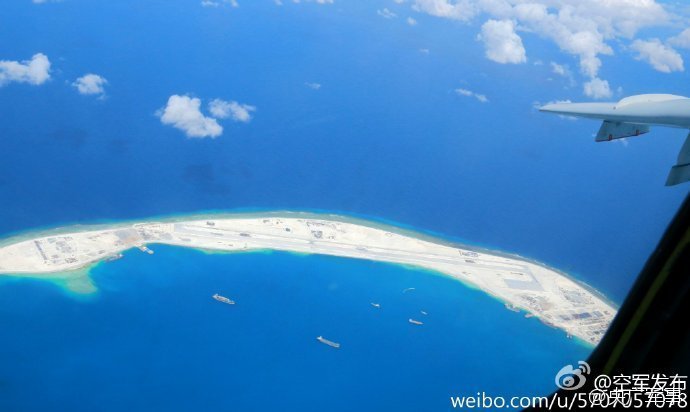 The Xian H-6 is a license-built version of the Soviet Tupolev Tu-16 twin-engine jet bomber, built for the Chinese People’s Liberation Army Air Force. Delivery of the Tu-16 to China began in 1958, and the Xi’an Aircraft Industrial Corporation (XAC) signed a license production agreement with the USSR to build the type in the late 1950s. The first Chinese Tu-16, or “H-6” as it was designated in Chinese service, flew in 1959. Production was performed by the plant at Xian, with at least 150 built into the 1990s. China is estimated to currently operate around 120 of the aircraft.

The H-6K, first flying on 5 January 2007, entered service in October 2009 during the celebrations of the 60th anniversary of the People’s Republic of China, and is claimed to make China the fourth country with a strategic bomber after US, Russia and the United Kingdom. With a reinforced structure making use of composite materials, enlarged engine inlets for Russian Soloviev D-30 turbofan engines giving a claimed combat radius of 3,500 kilometres (2,200 mi), a glass cockpit with large size LCD multi-function display, and a reworked nose section eliminating the glazed navigator’s station in favour of a more powerful radar, the H-6K is a significantly more modern aircraft than earlier versions. The bomb bay has been replaced by extra fuel capacity, and six underwing pylons for CJ-10A cruise missiles. The rear 23 mm guns and gunner position are replaced by electronic components.

The H-6K is designed for long-range attacks and stand-off attacks. It is considered as a strategic bomber. It is capable of attacking US carrier battle groups and priority targets in Asia. This aircraft has nuclear strike capability. While previous models had limited missile capacity (the H-6G could only carry two YJ-12 anti-ship missiles and the H-6M two KD-20/CJ-10K/CJ-20 land attack cruise missiles), the H-6K can carry up to six YJ-12 and 6-7 LACMs; a single regiment of 18 H-6Ks fully loaded out with YJ-12s can saturate enemy ships with over 100 supersonic missiles. Although the aircraft has a new nose radome housing a modern air-to-ground radar, it is not clear if the bomber or other Chinese assets yet have the capability to collect accurate targeting information for successful strikes against point targets in areas beyond the first island chain.

China Sooner Or Later You Are Going Down .

in china yearly finish 10x more engineers tehn in japan, Eu and USA together. within 1 generation they will be the leader in innovation.

otherwise, china do not want hegemony like the shitty usa. the chines politics in the history never had an ideology to conquere the world.

only the multipolar world is the good way.

When the Mahdi and Jesus come we are all going down.