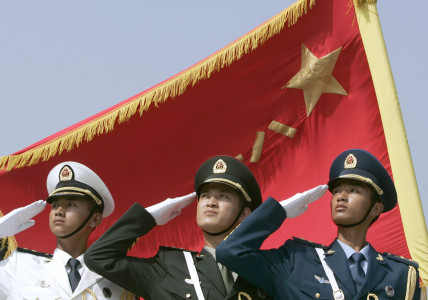 China continues to build its relations with Cambodia, Indonesia and Malaysia.

Chinese Foreign Minister Wang Yi held meetings with several of his Southeast Asian counterparts to discuss enhancing cooperation and jointly safeguarding security in the region. The talks took place shortly after the landmark China-ASEAN (Association of Southeast Asian Nations) Summit held on November 22. The participants of the summit officially raised the relationship to a comprehensive strategic partnership. Diplomatic contacts held in China on December 2-5 show that the partnership will help these countries jointly respond to common challenges, including external threats.

The imposition of a Western-styled democracy was discussed at the Sino-Indonesia talks. The two sides agreed that democracy must meet the ethnic and cultural characteristics of each particular country and should be assessed by the satisfaction that a people have with it. In this way, China and Indonesia assured that they would resist Western denouncements that their countries do not conform to their own liberal ideology.

For China and Cambodia, according to the results of the talks between Wang Yi and Cambodian Deputy Prime Minister and Foreign Minister Prak Sokhonn, an urgent task is to jointly combat the policy of “bullying” from external countries. Both sides promised to continue to “stand shoulder to shoulder” on this issue. At the same time, Wang Yi assured Cambodia that it can rely on China as the two countries jointly seek to protect each other’s rights and interests.

At his meeting with his Malaysian counterpart Saifuddin Abdullah, the Chinese minister drew attention to another common challenge. He stressed that external countries incite confrontation over ideological issues, create disunity and division, break down relationships, aim to push the world to the sidelines of a new Cold War, and draw regional countries into confrontation. Wang Yi also called for increased vigilance and joint opposition to any attempts at undermining peace and stability in the region.

Wang Yi also reached an agreement with the participants of the summit to continue cooperation in fighting against the COVID-19 pandemic. At the same time, the summit participants expressed thanks to China for building a cooperative relationship and acknowledged the COVID-19 vaccine as a global good.

For their part, President Joko Widodo and Pandjaitan both voiced the opinion that it is advisable to invite China to participate in different projects in Indonesia. In this way, Beijing is interested in maintaining a constructive relationship and friendship with Indonesia. Indonesia not only enjoys huge economic benefits from Chinese investment, but China benefits by becoming the dominant investor in a growing economy and a country of over 277 million.

Pandjaitan promised that Indonesia will further support major projects under the framework of the Belt and Road Initiative. He also promised to strengthen cooperation with China in areas such as infrastructure, trade and investment, healthcare and green development.

In addition, Wang Yi and his Malaysian counterpart held the first meeting of the High-Level Committee on Sino-Malaysian Cooperation in Huzhou City, China. During the talks, Saifuddin Abdullah affirmed that developing relations with China is a priority area of Malaysia’s foreign policy.

Although China, Indonesia and Malaysia have competing claims in the South China Sea, they are able to bypass such a divisive issue to boost cooperation in other areas. It once again demonstrates that the region is capable of achieving stability and conditions for prosperity without external interference. Rather, the naval posturing of the US and its allies in the South China Sea creates conditions for tensions and instability, something that ASEAN countries are wanting to avoid so they can focus on development.

The ASEAN and China will sign on a comprehensive strategic partnership treaty with the way it is heading. They suffered from western colonialism and all hate white anglozio intrusion of Asia.

John Wooh
Reply to  down under

West should be happy for it. Soon the Chinese will be blamed for everything instead of Westerns Jews included are.

The best way is to learn to blame in Chinese and blindfold each other even more with chopsitckers.

You’re an idiot as usual. No logic or rationale.

And yet you ignore the obvious like the idiot you are. This site has learned to censor my exposés, proving that Russia and China are on the same side as the “West”, whilst pretending they are both at odds with each other.

The real conflict is jew vs. gentile (non-jews), internationalism versus nationalism. You fail to see the international clique is the problem, instead you blame White people.

(19) Do not charge a fellow Israelite interest, whether on money or food or anything else that may earn interest.

(20) You may charge a foreigner interest, but not a fellow Israelite, so that the Lord your God may bless you in everything you put your hand to in the land you are entering to possess.

Deuteronomy 23:19-20 (19 ) Thou shalt not lend upon usury to thy brother; usury of money, usury of victuals, usury of any thing that is lent upon usury:

(20) Unto a stranger thou mayest lend upon usury; but unto thy brother thou shalt not lend upon usury: that the Lord thy God may bless thee in all that thou settest thine hand to in the land whither thou goest to possess it.

Old Testament is against usury.

It promotes usury for the “chosen” tribe, you may be thinking of rabbe yeshu.

No it doesn’t permit. These guys are Illuminati.

“Usury is the practice of lending money at excessive interest rates. This has for centuries caused great misery and poverty for Gentiles (non-Jews). It has brought strong condemnation of the Jews!” — Diodorus Siculus (90-30 BC).

“The Jews belong to a dark and repulsive force. One knows how numerous this clique is, how they stick together and what power they exercise through their unions. They are a nation of rascals and deceivers.” — Marcus Tullus Cicero (106-43 BC)

“The Jews were destroying both Greeks and Romans. They ate the flesh of their victims, made belts for themselves out of their entrails, and daubed themselves with their blood. … In all, 220 000 men perish in Cyrene and 240 000 in Cyprus, and for this reason no Jew may set foot in Cyprus today.” — Cassius Dio (115-235 AD).

“The customs of that most criminal nation (Jews) have gained such strength that they have now been received in all lands. The conquered have given laws to the conquerors.” — Seneca (4 BC-65 AD).

“Whatever their origin, these observances are sanctioned by their antiquity. The other practices of the Jews are sinister and revolting, and have entrenched themselves by their very wickedness.

Wretches of the most abandoned kind who had no use for the religion of their fathers took to contributing dues and free-will offerings to swell the Jewish exchequer; and other reasons for their increasing wealth way be found in their stubborn loyalty and ready benevolence towards brother Jews.

But the rest of the world they confront with the hatred reserved for enemies. They will not feed or intermarry with gentiles. Though a most lascivious people, the Jews avoid sexual intercourse with women of alien race. Among themselves nothing is barred.”

Then why Lacedemonians and Jews were called allies?

The same reason why gentiles do business with jews before getting screwed over. You may be thinking of Rome’s slave revolts, either way they are known for their rabble rousing to undermine their host societies and takeover through usury.

Romans disliked Germans and Celts also. What does this mean?

Kitos war was against Romans.

Kitos “war” /massacre was an unprovoked, genocidal, mass scale religious terrorism against all non-Jewish civilians on unprecedented level in history. One day organized bands of Jewish terrorists just started to butcher their neighbors for no other reason but not being Jews. They quickly massacred entire cities, depopulated large areas of Eastern Mediterranean before Romans even realized what was happening, and only then Roman military intervened but was mostly too late, except to retaliate. Jews viciously slaughtered more than 500,000 people, absolutely huge number for that age. Even Romans were shocked and appalled by this brutality and insanity. Ancient religions were rather tolerant, unlike Judaic supremacist psychopaths. They sickly hate gentiles back then and today they hate perhaps even more. No one hate like Jews.

and btw who called Lacedemonians and Jews allies?

p.s. I can’t edit it any more, just to be precise: vast majority of these civilians were not Romans – but Greeks, Egyptians and all other nations. Jewish fanatics targeted ALL non-Jewish civilians, men, women, children… Hundreds of thousands of Greeks actually, 240.000 in Cyprus alone killed in the most despicable savagery. Total number of people killed by Jews is actually perhaps even a million or more.

And they didn’t react?

Can’t you read? of course they did but it too late for ~million goys. Roman army was in the East fighting against Parthians, that’s why Jews started slaughtering everyone at that precise moment. Ancient ISIS but much, much worse…

Fantasy story, not even jewish historians believe that crap any more.

He has logic here.

he has logic (and brain) as much as you: -none whatsoever.

“Blame” just as lame as west is …. “Chinese will be blamed for everything instead of Westerns Jews” How?? Chinese are building roads, dams and bridges while letting locals run their affairs. The west does nothing than extract resources and force governments to avoid real development while teaching locals to embrace poverty. West has lost all sense of credibility as people see them for the racist murderers they are. Iraq, Libya and Syrian massacres, and violent colonization are stains that the west cannot wipe by waving gay pride flags.

We native Europeans(Haplogroup “I1/I2”) were the first who suffered under this Invaders, than the native Americans, Africans, Aborigines, Indians, Asians and Arabs.

That Haplogroup was the Mongols. You are right. There is no Indo-Europeanism. Indo-Mongolism maybe.

I for one am happy to see positive developments.

The Kings of the East!

One old vulture with a failing economy and raising inflation, will sail a rusted aircraft carrier in South China Sea and claim to be enforcing “freedom of Navigation” in a region where container ships and fishing vessels pass rather freely.