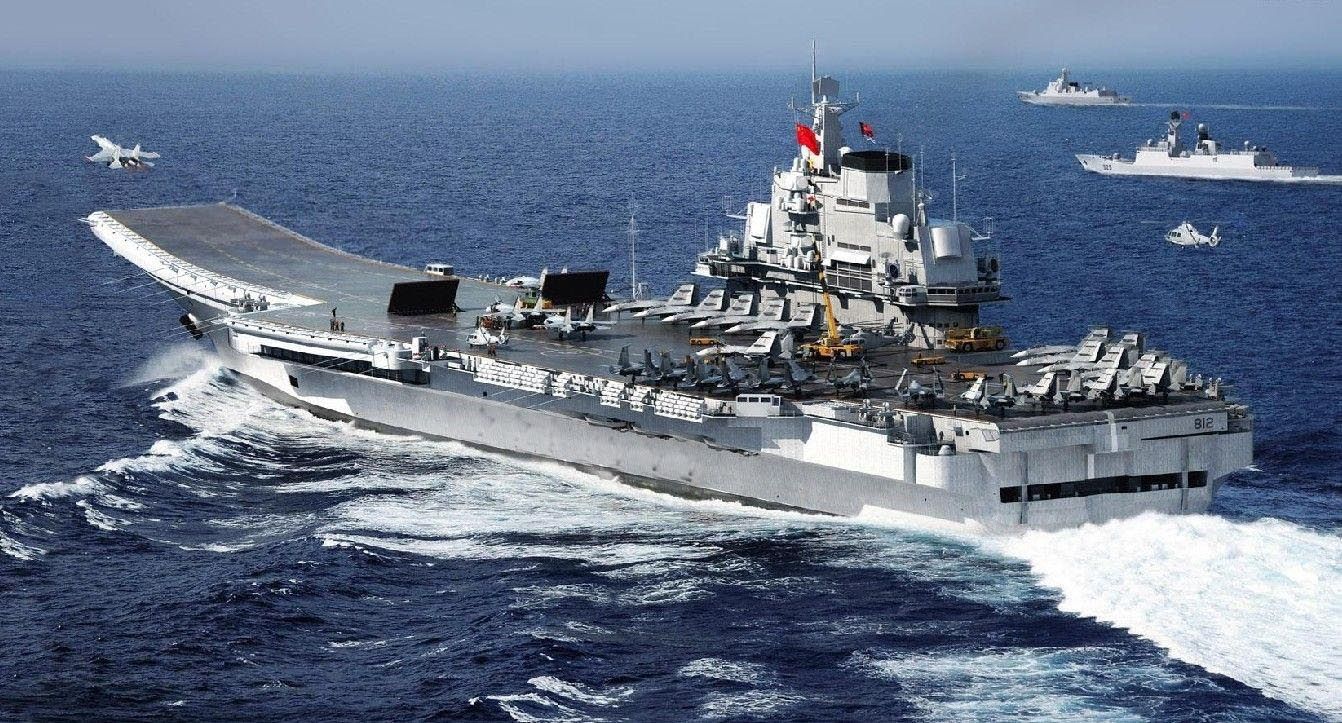 Foreign aircraft entering it without authorization may be intercepted, ordered out, or forced down if refuse. In the case of the South China Sea, vessels could be interdicted for entering protected waters without permission.

Timing depends on regional security concerns, notably increasing US hostile activities. According to an unnamed Beijing source, “(i)f the US military keeps making provocative moves to challenge China’s sovereignty in the region, it will give Beijing a good opportunity to declare an ADIZ in the South China Sea.”

Its Defense Ministry declared its sovereign right to impose it. Its 2013 East China Sea AZIZ includes waters and islands claimed by other regional countries.

Beijing considers America’s expanding Pacific military footprint the region’s greatest threat. Its Ministry of National Defense spokesman Yang Yujun urged Washington “to stop stirring up a storm in a teacup and stop sowing seeds of discord so as to maintain peace and stability in the South China Sea, which conforms to the common interests of all parties.”

Beijing wants provocative US air and sea-based surveillance activities stopped. Its Defense Ministry minced no words, calling “large-scale and frequent (US) close-in reconnaissance activities against China by US military vessels and aircraft” unacceptable close encounters, the “root cause” for its security concerns.

Stephen Lendman lives in Chicago. He can be reached at lendmanstephen@sbcglobal.net. His new book as editor and contributor is titled “Flashpoint in Ukraine: US Drive for Hegemony Risks WW III.”http://www.claritypress.com/LendmanIII.html Visit his blog site at sjlendman.blogspot.com. Listen to cutting-edge discussions with distinguished guests on the Progressive Radio News Hour on the Progressive Radio Network.

The U.S reckless escalation of tensions in the South-China see is both very stupid and very dangerous move. the U.S just can’t accept that the unipolar/hegemony world they are accustomed to is a thing of the past, and with no clear vision of what their future role in this new reality called multipolar world is, they seem to have set their sights at stirring up trouble in every corner of the world they can, starting from the Balkans via Ukraine, middle-east,Asia and South America, the United States have left nothing but a trail of havoc.

“The report [‘Australia-Japan-US Maritime Cooperation’ by the Centre for Strategic and International Studies] contains specific recommendations to enhance “inter-operability” on intelligence and surveillance, submarine and anti-submarine warfare, amphibious forces and logistics….. The report’s author, Andrew Shearer, is a senior figure in the Australian foreign policy and military establishment…. Shearer is also very well connected in Washington…… Shearer makes clear [the] main “hard security” objective is to prepare for war with China. The Pentagon’s preoccupation with “freedom of navigation” and China’s A2/AD [Anti-Access, Area Denial] systems flows directly from its military strategy for war with China—Air Sea Battle…. Australia and Japan are central to Air Sea Battle and associated strategies, which include a naval blockade of China to strangle its economy…… [Air Sea Battle] relies on networked, integrated forces to take the offensive across air, maritime, land, space and cyberspace to disrupt, destroy and defeat an adversary’s A2/AD capabilities, allowing friendly forces maximum flexibility to defeat opposing forces.” (CSIS report argues for strong US-Japan-Australia alliance against China, 9 April 2016)

In addition to U.S. efforts to develop an anti-PRC bloc, it is worth recognising Australian efforts to augment U.S. operations.

“the [Australian] navy is being made ready to play an essential part in the US-led build-up for war against China. The French “Barracuda” class submarines have been chosen for their long-range offensive capabilities, suited in particular to deployment in the South China Sea. The US military, which was closely involved in the evaluation process, expects them to be fully interoperable with the US navy, equipped with American combat and weapons systems.” (Submarine project no solution for South Australia’s employment crisis, By John Braddock, 14 May 2016)

‘Australian hosting of increasing U.S. military forces/assets (including nuclear capable assets)’ “defense analysts from both countries expect an increased presence in Australia for the U.S. Air Force, Navy and Marines in the form of bombers, nuclear submarines, missiles and troops…. it’s likely the Air Force will begin using runways in the northern part of the country, possibly for the B-52 strategic bomber and B-2 stealth bomber… [missile architecture] cooperation is more likely to speed up….” (Deal likely to bring more US military assets to Australia, Stripes, June 20, 2014)

The PRC is clearly taking appropriate counter-measures in developing its defensive architecture/ policies in response to these increasing security challenges.

p2. Similarly the U.S./NATO/allied bloc is preparing for the situation of military conflict with the Russian Federation with reports indicating some analysts believe this likely to occur within years, not decades:

“The US military-intelligence complex is engaged in systematic preparations for World War III. As far as the Pentagon is concerned, a military conflict with China and/or Russia is inevitable, and this prospect has become the driving force of its tactical and strategic planning…. Each of the hearings presumed a major US conflict with another great power (sometimes unnamed, sometimes explicitly designated as China or Russia) within a relatively short time frame, years rather than decades.” (Washington prepares for World War III, WSWS, 5 November 2015)

Australia is also involved in these preparations as it will augment allied operations.

“ADF has demonstrated the ability to deploy to the other side of the world at very short notice…. ADF military professionals can utilise Robert Kaplan’s The Revenge of Geography…… Kaplan is chief geopolitical analyst for STRATFOR…… The Revenge of Geography [is a] timely enhancement to Australia’s 21st century strategic thinking.” (Australian Defence Force Journal Issue No. 195, 2014), etc…..

“there are indications that NATO will be much more active in Australia’s region than in the past. The Alliance will approve a new strategic concept later this year to guide NATO’s objectives, strategy, and force planning, which will clarify the role NATO may play in the Asia Pacific. The new concept will acknowledge that NATO remains, at its core, a transatlantic alliance.” [Dr Stephan Frühling and Dr Benjamin Schreer are Lecturer and Senior Lecturer in the Strategic and Defence Studies Centre, Australian National University] (Australia and NATO: A deeper relationship?, LowyInterpreter, 11 October 2010)

Australia is firmly aligned with the U.S/NATO bloc and its adversarial position towards the Russian Federation (RF) is well established, evident through its policies and actions.

The necessity for the RF and the PRC to develop counter-measures is self evident. In this context, although the Republic of Indonesia (RI) desires to maintain a policy of non-alignment/neutrality, it also is subject to increasing security challenges resulting from the actions and military build-up of the U.S./NATO/allied bloc (which continues to engage in destabilisation/partition operations as applied formerly in E Timor). The enhancement of political, commercial and military ties between the PRC, the RI and the RF would serve their common interests and would counter the security challenges resulting from the military build-up of the U.S./NATO/allied bloc.

In the unwanted but possible event of direct conflict between military blocs, as allied states will augment bloc operations, policies of the Russian Federation (including of its strategic forces) can if required be quietly adjusted accordingly.