Beijing has expressed concern about Indian plans to deploy advanced missiles along the border with China. 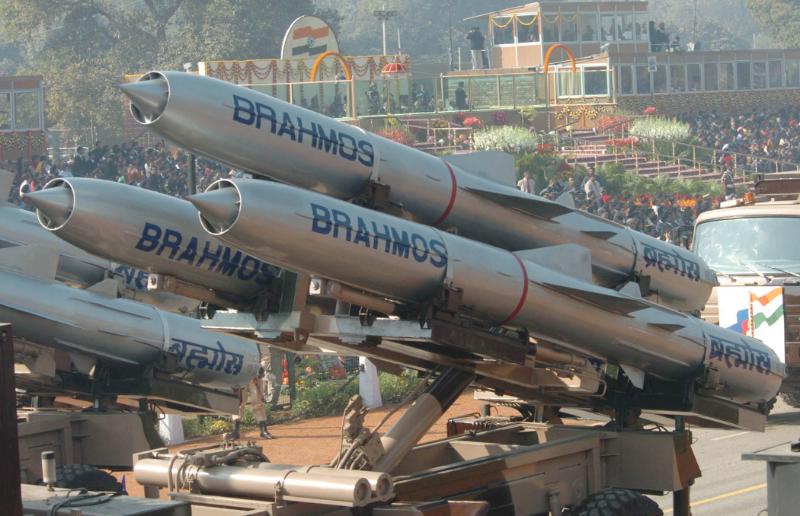 India plans to deploy advanced missiles along the border with China, which has already expressed its concern about such intentions.

Spokesman for Chinese Defense Ministry, Wu Qian, said that maintenance of peace and stability in the border area was an “important consensus” reached by Beijing and New Delhi. He also added that more efforts could be put into regional peace and stability by India.

“We hope that the Indian side can do more to benefit peace and stability along the border and in the region, rather than the opposite,” Qian said on Thursday.

The statement was made after media have reported about India’s plan to deploy highly-developed cruise missiles along the country’s border with China.

According to Indian military officials, the country plans to arm regiments on the China border with BrahMos missiles, made by an Indo-Russian joint venture. The move would be a part of efforts to build up capabilities of military and civilian infrastructure in the area.

The decision was taken amid long border dispute between China and India. China claims more than 90,000 square kilometers, ruled by New Delhi in the eastern part of the Himalayas. At the same time, India states that China occupies 38,000 square kilometers of its territory on the Aksai Chin plateau in the west.

Reportedly, Chinese President Xi Jinping and Indian Prime Minister Narendra Modi are going to hold a meeting during Modi’s visit in China to attend the G20 summit next month.

It is time to stop this nonsense. India and China should settle their border dispute on the basis of mutual respect and with regard to each other’s security needs. Unless they stand together to develop their countries they will hang separately as they are picked off one by one by the imperialist west. Right after brave and free Russia is subjugated, dismembered and digested like Yugoslavia. Do the Indians and Chinese want to become the playthings of the west again? Perhaps the wise President Putin and the Russians could mediate a border settlement? It would be a lot cheaper than another Indo-Chinese war and a return to servitude to the “superior and civilised” west. I speak as a British Indian from London.

I hope that the next meeting of SCO would settle the disputes when India, Pakistan, China an Russia all come togheter at the table. For peace in the region and economical, safety and defence benefits for all of them.

It would also eliminate the US tactic of being able to create a dispute between the two nations. They have more to gain via collaborating.

China has conquered countless other tribes and placed them under the rule of the racist surpremisist Han’s Chinese. Yet anyway be able to defend themselves from Han’s aggression, is put down? What hypocrites. Free Tibet then talk your talk. China = Hypocrisy just like Turkey and Israel and the UK.