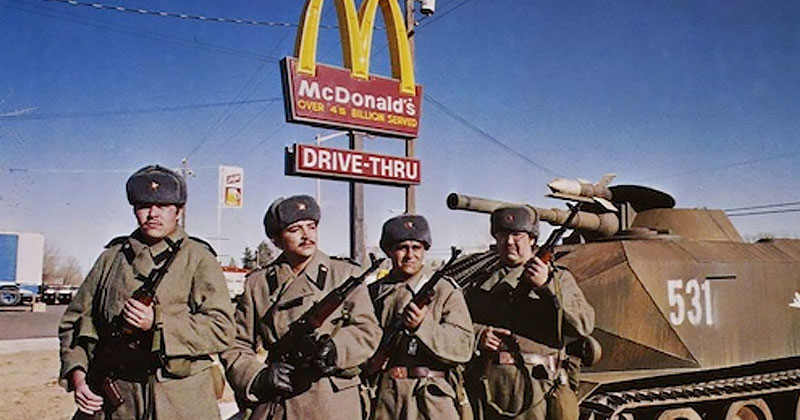 Russians are preparing to meddle in your election

On April 8th, the BBC released a video ‘documentary’ on the alleged Russian influence in the Madagascar election.

“Just like recent elections elsewhere there were rumors of outside influence and suspicions of foreign funding on a large scale,” Gaelle Borgia narrates.

According to Ke Rafitoson, from Transparency International, out of 36 candidates, between 8 and 10 received foreign funding. The video alleges that 2 candidates who were approached by Russian citizens and allegedly were offered funding and campaign help.

The other between 6 and 8 candidates were not featured or mentioned in the video, but it was presumed that Russia also backed them. No other consideration was even provided.

They officially visited Madagascar as tourists and met with Pastor André Christian Dieu Donné Mailhol, who was a presidential candidate. The Russians were shown in videos, you could hear their voices and see pictures of them. Not very secretive.

They allegedly offered support, and in return the Pastor had to sign some documents, which he didn’t describe in detail.

After presenting the “shady Russians,” and around the middle of the video, Borgia mentioned a key fact: in Madagascar there is no limit to campaign funding, as well as there are no constraints on foreign backing. Thus, even if the allegations against Russians were true – there were no laws being broken, everything was legal.

The other candidate the Russians approached was Jean-Omer Beriziky. They allegedly promised up to $2 million and help from Maxim Shugaley, a “veteran PR man from Russia.” 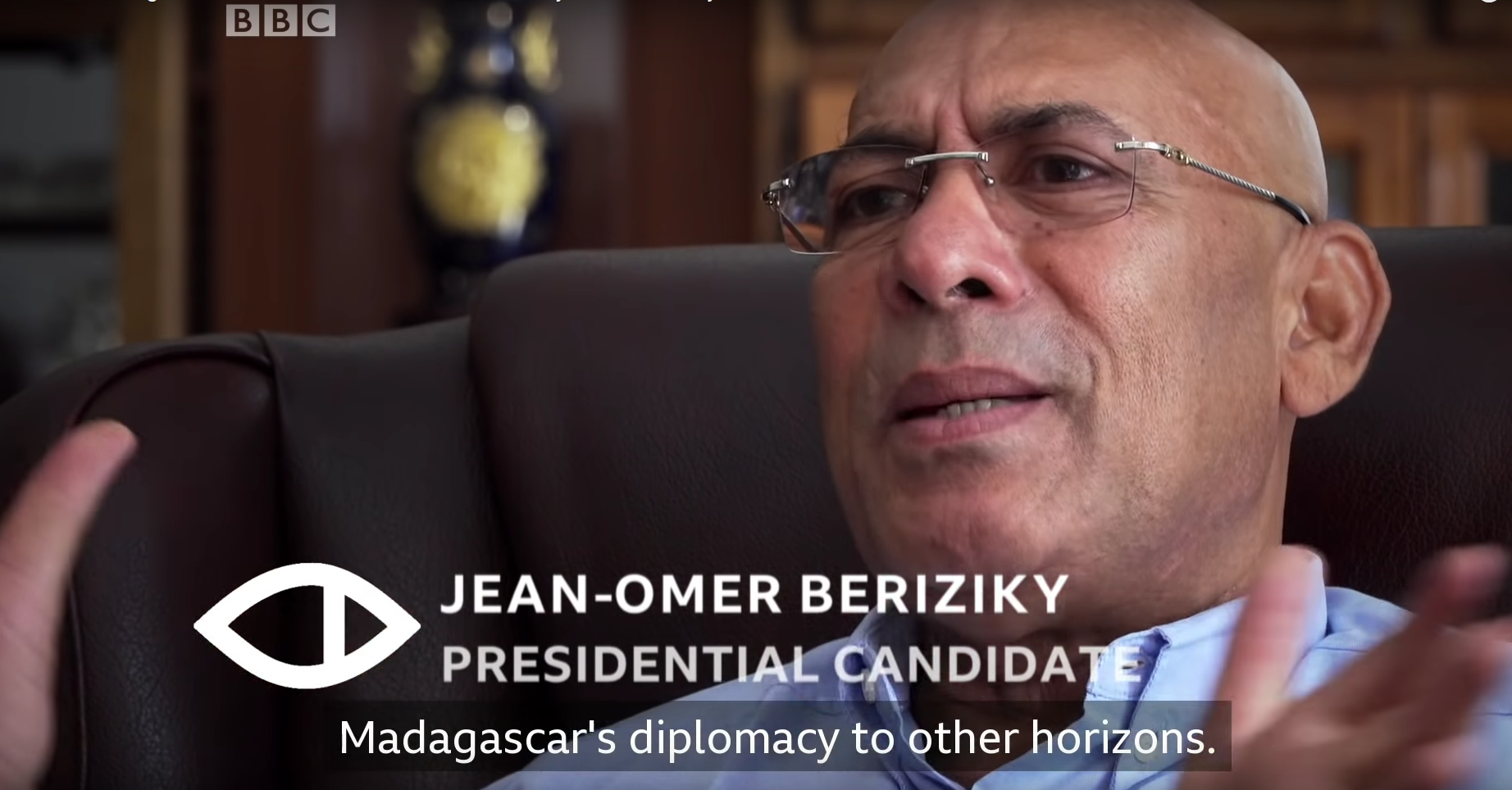 What he had to do? If he becomes president open Madagascar’s diplomacy to other horizons. Which he was very willing to do regardless.

Beriziky’s campaign manager was quite unhappy with the situation, since all she and her team had to do was follow instructions from the Russians.

A BBC correspondent in Russia, Andrei Soshnikov alleged that the Russians had no personal interest in Africa. Russia simply had its own “imperialist” agenda, wanting to return to its Soviet empire from the 1980s. Apparently, it’s a sign of a very professional approach when some corporation quotes own employees as experts for own documentary. 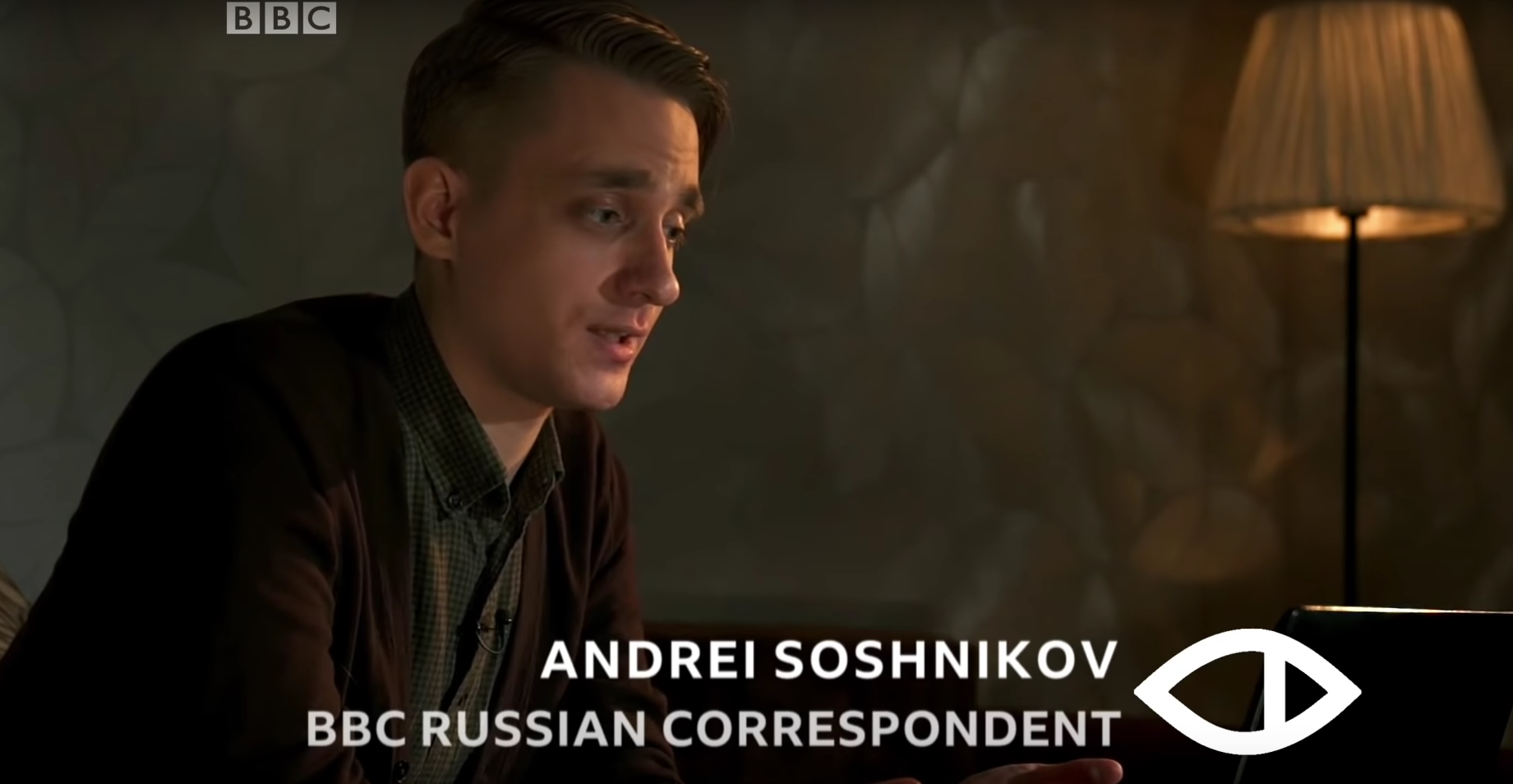 The middle of the video then shows a meeting of a Russian Defense Minister and a delegation with Libyan Field Marshal Haftar Khalifa, alleging that Russia ‘meddles’ in Africa. It showed the Russian training camps in the Central African Republic, which in Al Jazeera’s recent video were shown to be completely legal, formal and actually training future and current soldiers.

“Putin’s Chef” Yevgeny Prigozhin was also mentioned, as he is a frequent character in the MSM Russian narrative in Africa. The BBC contacted him, and he responded that he had nothing to do with the election campaign in Madagascar.

The Russians then allegedly ‘brought’ Kemi Seba, a Beninois activist, who is quite vocal against Washington-led establishment imperialism. According to the “documentary”, he took part in a conference with the “Russian-backed candidates,” and spoke against imperialism and for a free Madagascar and African independence. 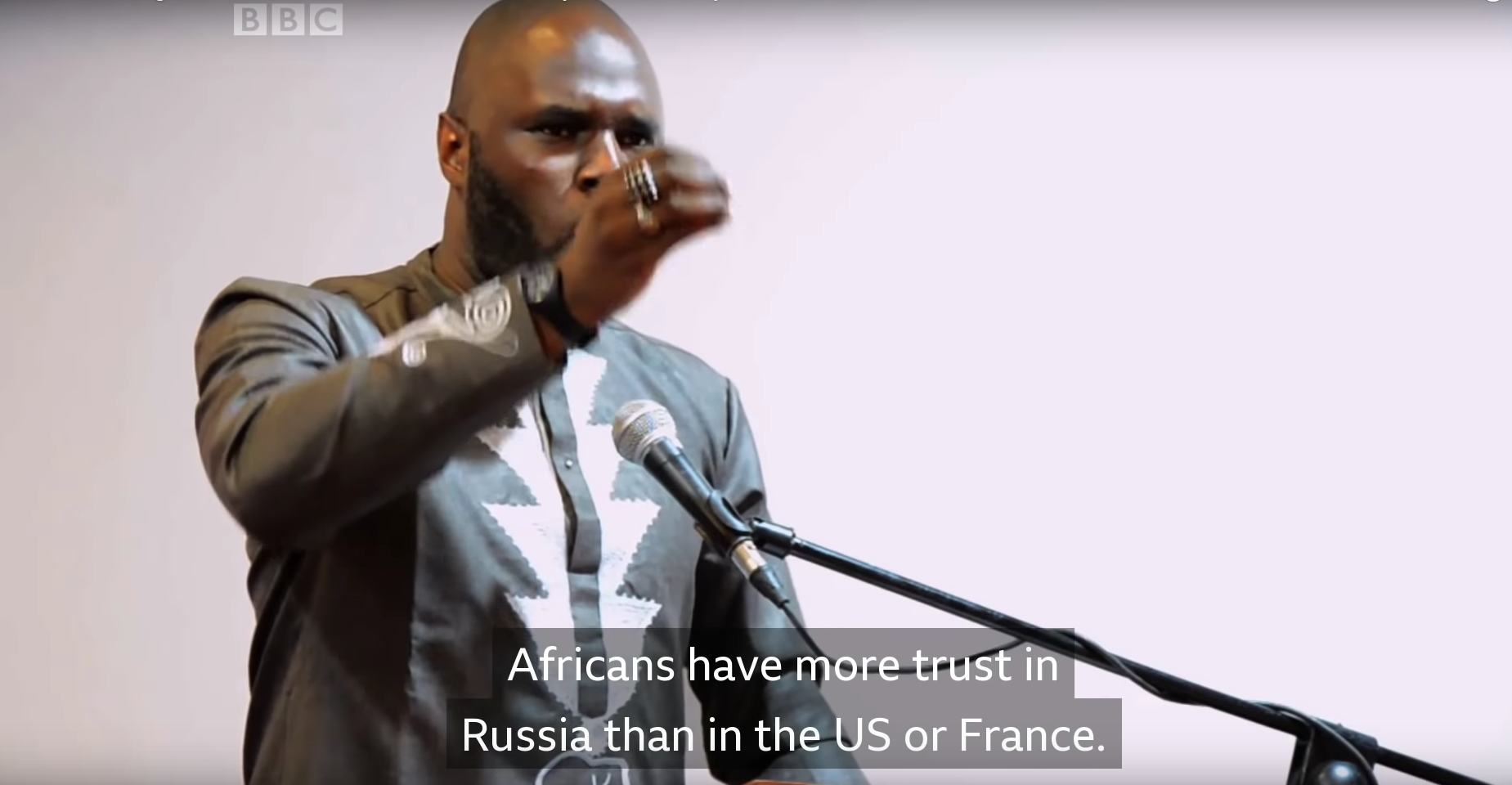 Naturally, Mr. Seba denied any knowledge of Russians being there. But he said that he would like to have known there were Russians there – because according to him, Africans could use all the help they could get in fighting against Imperialism.

“If there were Russians there, I’d be very honored.” 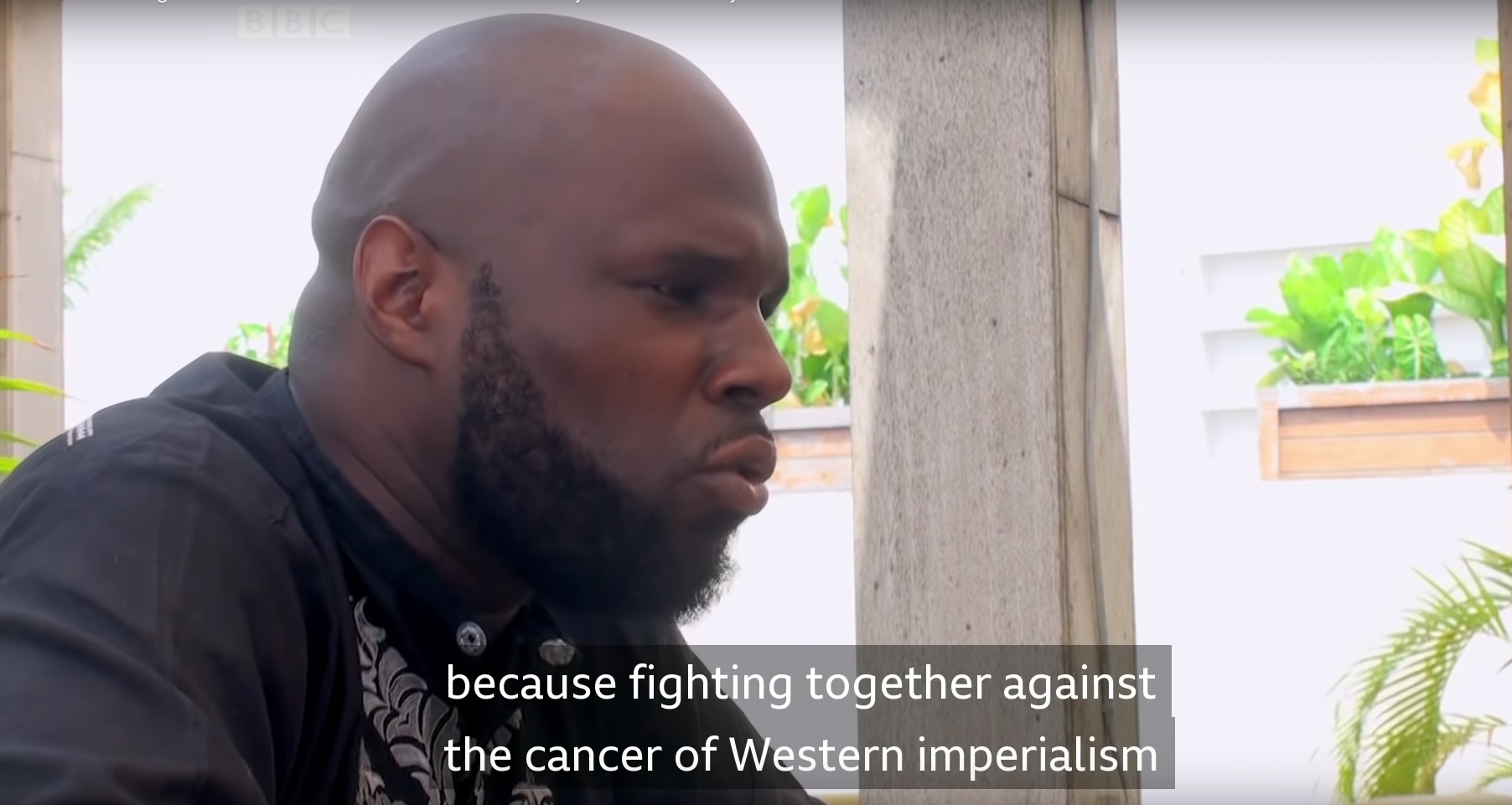 Seba also took part in a protest in front of the French embassy, which also had student protesters. Upon interviewing two of them – it turned out that they had accepted money to protest. Allegedly, Russians paid them, but the students didn’t mention that – Borgia did.

The three Russians – Andrey, Roman and Vladimir were there taking photographs and making videos and following Seba’s demonstration they were detained by police and deported to Russia.

Both Seba and them were then banned from Madagascar.

The BBC video then attempted to paint Russian businesses as “slave-owners,” since a mining company Kraoma was purchased by a Russian company because it had fallen into too much debt.

After the purchase it appeared that workers weren’t being paid and the workers had lost “many social benefits.” Whether the company actually paid wages prior to the purchasing by the Russian company, while it was crippled by debt remained unclear.

The Russian company Ferrum Mining told BBC that the situation was complicated but it was doing its best to rectify it so workers may be paid in full and for work to continue as usual.

But Borgia alleged that the Russians were treating the workers “as slaves,” a very serious accusations in a region that has suffered from slavery by Western imperialism for centuries. 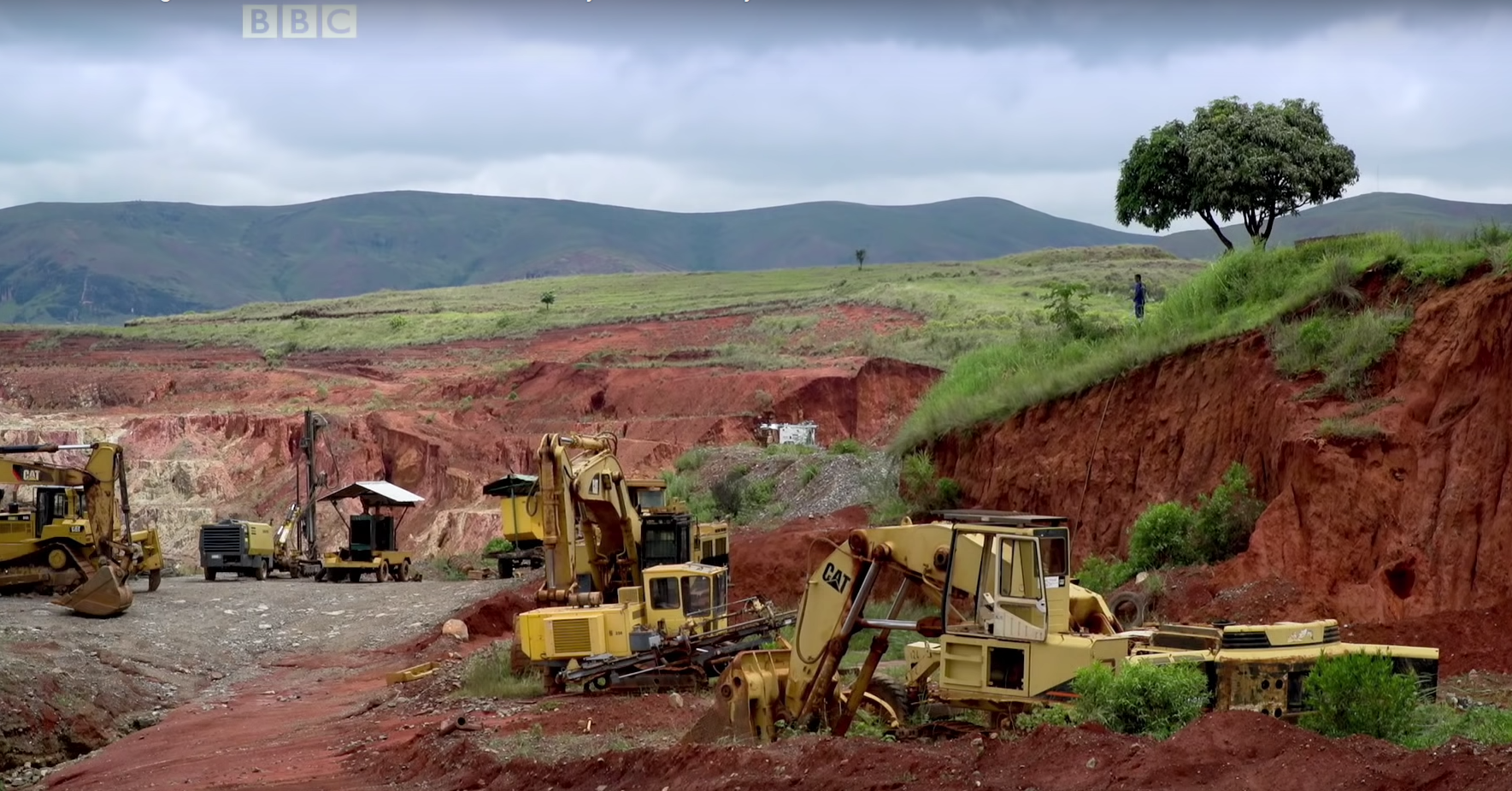 In conclusion, the Russians then allegedly realized that their candidates wouldn’t win and attempted to persuade them to give up their candidacy and express support of Andry Rajoelina (who was sworn in as president on January 15th). They also reportedly didn’t provide any of the promised money, despite having signed contracts, but that was no elaborated on.

Pastor Mailhol did say that was the case, Beriziky refused to name the candidate he was supposed to support. Beriziky’s campaign manager did say it was Rajoelina.

Upon approaching the winning candidate, prior to the elections, Borgia asked him if he were supported by Russians, but she received no response. It should also be noted that Andry Rajoelina was president once before and he won with a very strong French backing. The BBC, or any other MSM for that matter, made no video alleging that French citizens were assisting in campaigns in the elections.

The entire report, ultimately, proved nothing and reached no conclusion, since the candidates backed by Russia appeared to have lost the race.

The video also completely disregarded the style of help that the Washington-led establishment provided in Africa, only attempting to villainize any efforts by Russia, regardless of the end goal.

But the results of efforts by France, the UK and the US are clear: wars, covert wars, ethnic cleansing, famine, coups; And interventions in stable (or leatively stable) countries such as Libya that leave them in shambles.

The entire region is in chaos, and Russia and China that approach countries and try to sign agreements, invest and deploy specialists to assist are blamed for attempting to “colonize” Africa.

We call the McDonalds logo ” The golden seagull”

Well to be fair if anyone knows a thing or two about imperialism it would be Britain.. Real recognize real

You can call me Al
Reply to  art poirot

It is from the BBC – just ignore it.

Evilness of Russians is beyond doubt as proven by Putin’s use of time-machine in going back and influencing Margaret Thatcher to oppose the harmonious integration of Britain within the European Union and the creation of a common constitution.

Now exclusively for Southfront I can reveal the BBC source.