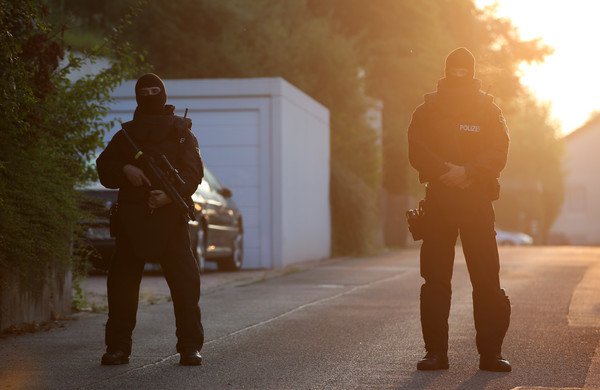 According to the Bavarian Minister of the Interior, the suicide attack in Ansbach was Islamist motivated. This would result from a confessor video found on the mobile phone of the assassin. Meanwhile, the Interior Ministry ordered increased surveillance of public places and stations.

According to the Bavarian Minister of the Interior, Joachim Herrmann, the suicide bombing of Ansbach has an Islamist background. This would arise from a confessor video, retrieved from the mobile phone of the assassin, Reuters reports.

On the phone the offender, investigators have found a video in which he would threaten Germany with a terrorist attack “in the name of Allah”, Herrmann (CSU) said on Monday in Nuremberg. In addition, he had sworn his “allegiance” to the leader of the Islamic State jihadi militia, Abu Bakr al-Baghdadi.

After the attacks of Würzburg, Munich, Reutlingen and Ansbach, the Minister of the Interior, Thomas de Maizière, in his own words, has ordered reinforced patrols of the federal police at airports and train stations. “What seems particularly important at the moment, is an increased presence of police forces in public places,” the Minister said on Monday in Berlin. The so-called “dragnet controls” at the borders would go on too. De Maizière remained guarded over possible legislative changes. Corresponding changes could not be certain until completion of the investigation. However, he would initiate changes, if they would be necessary.

According to the authorities, an asylum seeker from Syria had injured 15 people in the Franconian town of Ansbach on Sunday evening, several of them seriously. The Bavarian Investigators would assume an Islamic background now. This would result from a Confessor video retrieved from the mobile phone of the perpetrator, the Interior Minister, Joachim Herrmann, said. De Maizière confirmed that the 27-year-old came to Germany two years ago. Accordingly, he had already been recognized as a refugee in Bulgaria and should have been deported there ever since.

Tags:Attack in Ansbach, Bavarian Minister of the Interior