A military operation of the Saudi-UAE-led coalition and its proxies to capture the Yemeni port city of al-Hudaydah from the Houthis is crumbling.

The coalition’s forces have failed to establish full control of the al-Hudaydah airport south of the port city itself. They have also not been able to outflank the city from the eastern direction. The problems in this advance are mostly linked to the problems of the coalition-led forces’ supply lines. 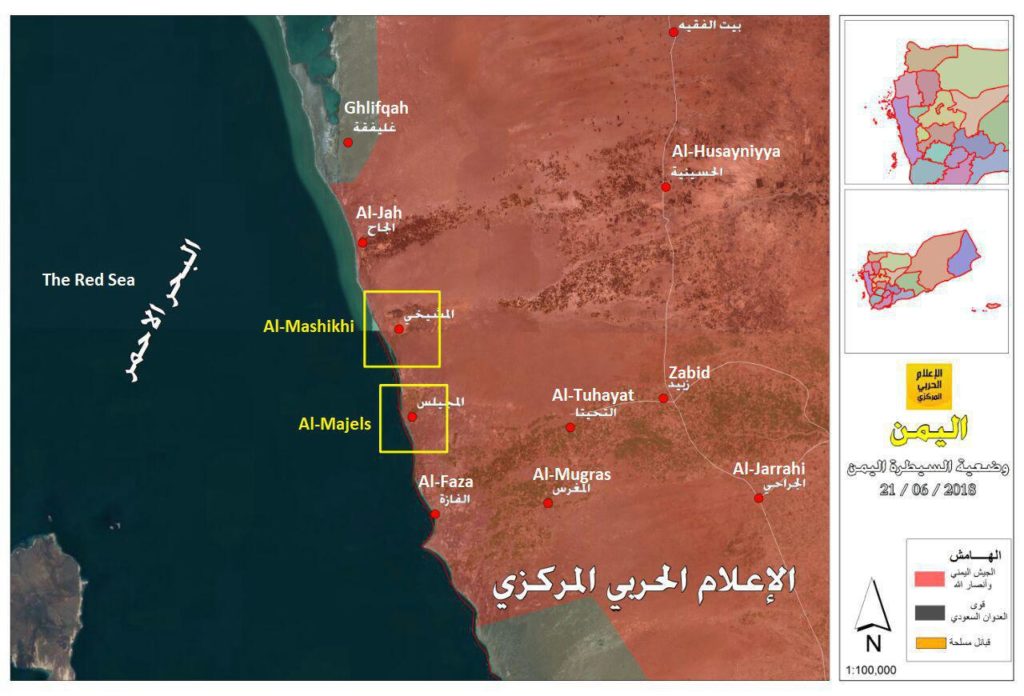 According to pro-Houthi sources, at least 7 armoured vehicles were destroyed and about 30 fighters of the coalition-led forces were killed or injured in this attack.

If Yemeni forces are able to keep their gains in the coastal area, the coalition-led forces will not able to develop an advance in the al-Hudaydah countryside. Furthermore, the force involved in the operation may be eliminated.

Meanwhile, the Houthis increased their cross-border attacks against Saudi forces. They have carried out a series of attacks on positions in the Saudi provinces of Jizan and Narjan.

This video shows an attack by the Houthis in Jizan:

May fortune smile on the Houthis.

i hope so, yemen deserves a total victory against the real axis of evil

I’m so happy to see a U.S. military man being against this atrocity. I am convinced that there are many active serviceman who know this is FUBAR and I hope that they will speak out.

Houthis fight in small units … and no vehicles. Just sandal shoes which is why air force totally useless and they can be anywhere . Impossible to eliminate.

I bet soon houthis, will turn all the attackers into fertilizer.

One of the best comments! Ever!

Hey france you just hung your guys out to dry, way to go.

Wahhabistan’s Sudanese mercenaries are delivery boys to bring new weapons and ammunition to the Houthis! :D

They need to hunt the French-racist-bigots down, every one of them. Show the world the bodies of these Zionist-supremacist-bigots who have invaded the indigenous home lands of the Houthis. http://ihr.org/

Great job, Yemenis — drive the Saudi devils out of your land!

Best way, now is to target Riyadh with any kind of missiles. That would be such a ?.

One little nuke one on little missile headed for Riyadh.