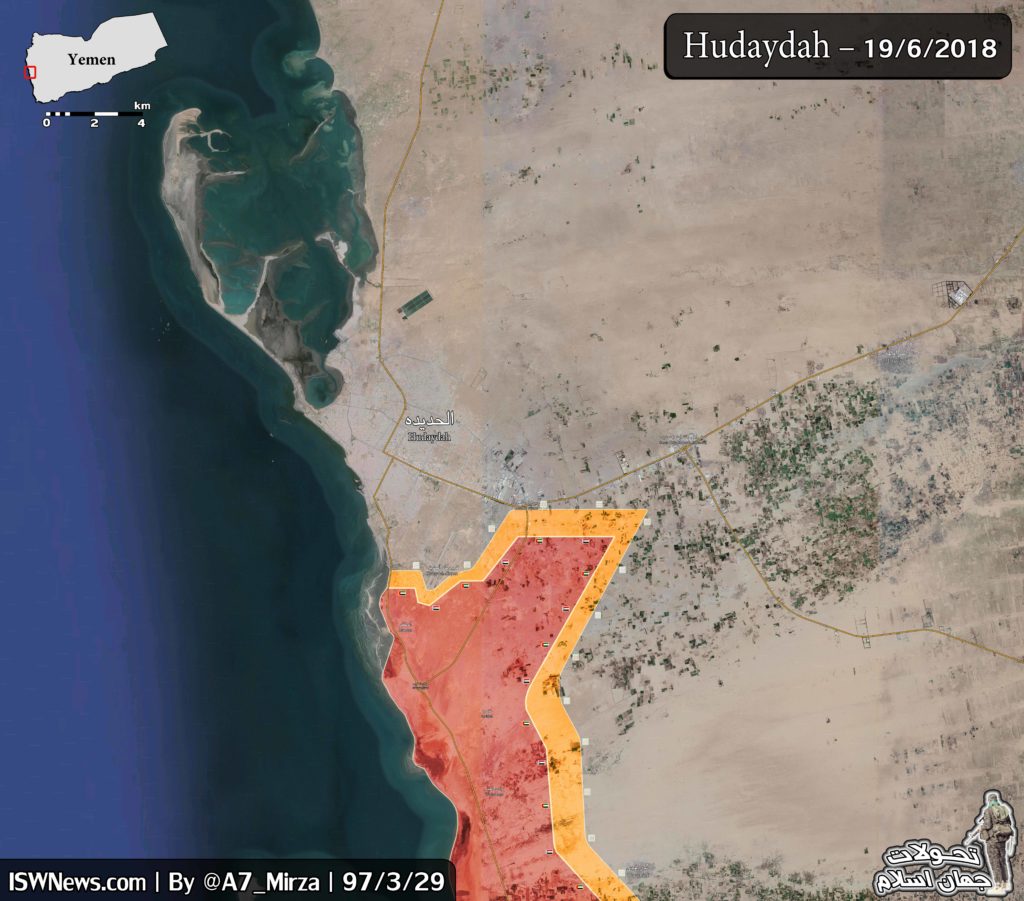 On June 20, clashes between the Saudi-led coalition forces and the Houthis continued in the area of the al-Hudaydah airport, south of the port city of al-Hudaydah. On June 19, the coalition and its proxies once again entered the airport, but failed to establish full control of it. The Houthis were able to secure a number of positions in the area.

At the same time, coalition-led fighters continued their attempt to outflank al-Hudaydah from the eastern direction, engaging the Houthis in the Matahin square area.

The square remains contested, but the highway linking al-Hudaydah and the Yemeni capital, Sanaa, was closed because of the clashes. The only save highway from the besieged city is heading in the northern direction. 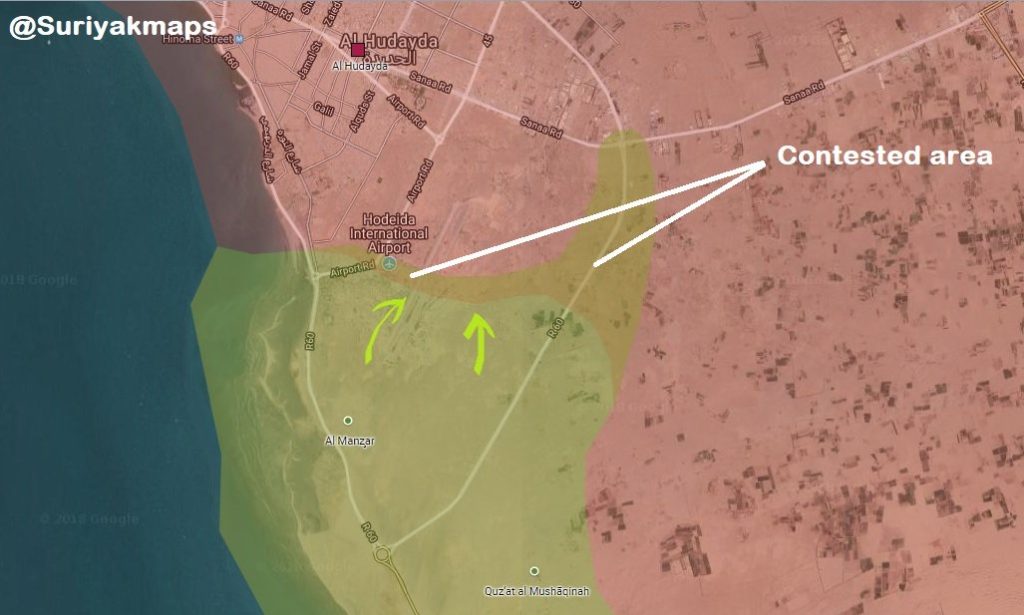 The coalition’s forces are steadily heading to their main goal – to isolate the city of al-Hudaydah by land. The most complicated part of this plan would be to cut off the highway heading from al-Hudaydah in the northern direction. If this goal is achieved, the fate of al-Hudaydah will be pre-determined.

This is an absolute be or not be for the Houthis. Just like for Poland against Colombia in the World Cup, sadly.

I don’t think so. I think even if they capture hudaydeh it won’t be the end for Ansarullah.

But we’ll see I guess.

You are right, but it will be a giant blow for SPC’s morale.

I didn’t know should I laugh or cry during that blundered match.

the only port left for the Houthis. but they only receive wheat, flour etc there. coalition blocks the port for any other material including guns of course. us + saudi + uae v iran + houthis . besides the mainstream media see houthis as rebels and dont condemn war crimes committed by Saudis and the US. unfortunately houthis are bound to lose. The World is unfair.

They are not. Just wait and see.

One goal of this war for US is to protect vital searoutes. When Houthi loose the coast that objective is reached. In the videos here it is obvious Houthi will never be defeated in the heartlands the mountains. Another goal is to sell as many weapons to SA as possible, so a profitable stalemate can be reached as well. SA is going all-in currently, so if the Houthi manage to neutralize many mercenaries, maybe this well will dry up. I keep my fingers crossed, and remember Vietnamese were also able to liberate themselves.