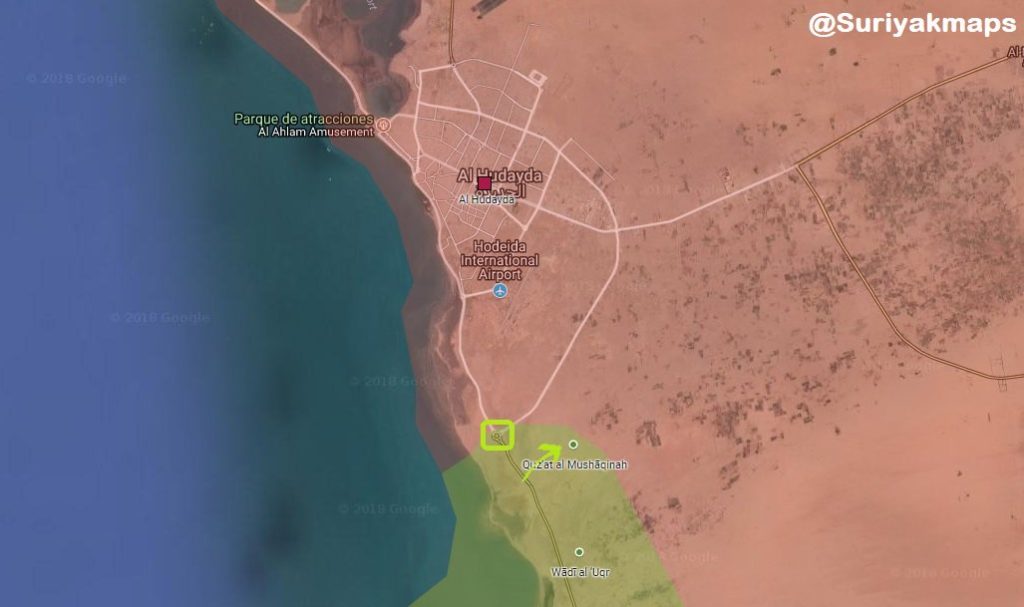 Despite a de-facto failure of the advance on al-Hudaydah on June 13 and June 14, the Saudi led coalition is still continuing its military operation to capture the key port city.

By June 15, the coalition’s forces and their proxies have achieved only a minor progress south of al-Hudaydah, capturing the Aden junction and a nearby settlement.

The coalition’s artillery and warplanes have cattied out multiple strikes on the al-Hudaydah airport, but the area remains un the hands of the Houthis. On June 15 morning, the coalition’s forces made another attempt to capture this facility. Clashes are ongoing. 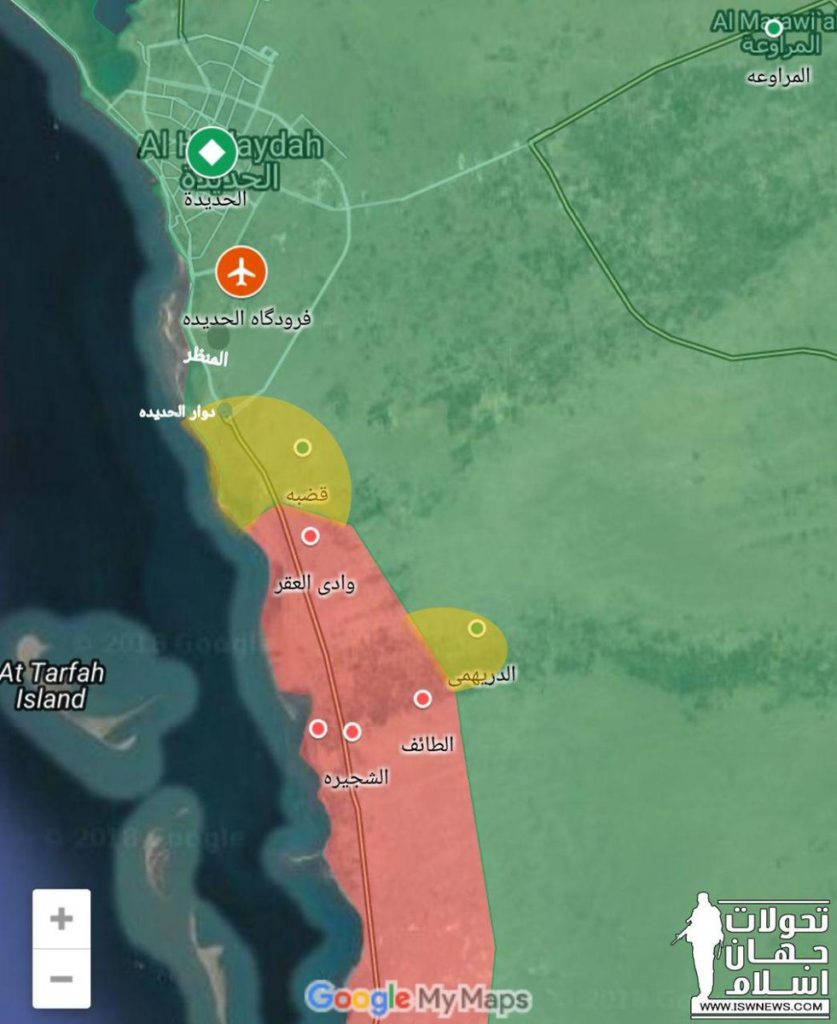 Meanwhile, the Houthis launched a Qaher-M2 ballistic missile at a military camp of the coalition in the province of al-Hudaydah. There is no details about the casualties inflicted by the strike.

The coalition is actively using its advantage in the air power and military equipment and carrying out a massive bombing campaign against the Houthis. According to Yemeni sources, the coalition is ready to destroy the entire port city if this is needed to force the Houthis to retreat.

I have been reading the reports from pro-Saudi sources which give the impression that taking of the port is imminent.

I have also heard from unnamed sources that Saudi optimism is based on their expectation that the entire Houthi force entrenched in the defence of the port will be abducted by aliens, clearing the way for the fearless coalition. Of course if alien intervention does not materialize, the Saudis can blame failure on the aliens. And so they should…

Indeed, for when you put your trust in the Ferengi nation it often ends in tears:)

It has just been announced shorty ago. The Gulf-backed troops have fully seize the strategic Hodeideh Airport. Houthi fighters have withdraw from the installation this afternoon. SOURCE: https://www.almasdarnews.com/article/breaking-gulf-backed-troops-seize-strategic-hodeideh-airport/

I have been following reports from multiple sources and the claim is yet to be verified. For a day, the reports have been the same, that they are poised to take the airport. Now reports are coming they have seized the entrance of the airport but also claim the attack on the port is coming from multiple directions which is not true, also claimed is the ballistic missile targeting a coalition staging area was intercepted which is doubtful for several reasons, one being the missile, Russian made is very fast advanced design and unlikely to be intercepted.

Also, the Houthis just counterattacked 50km south of the coalition advance and have cut supply lines.

The situation is still fluid but beware of gulf state media that paint a rosy picture.

Let me hear you cry comrades!!