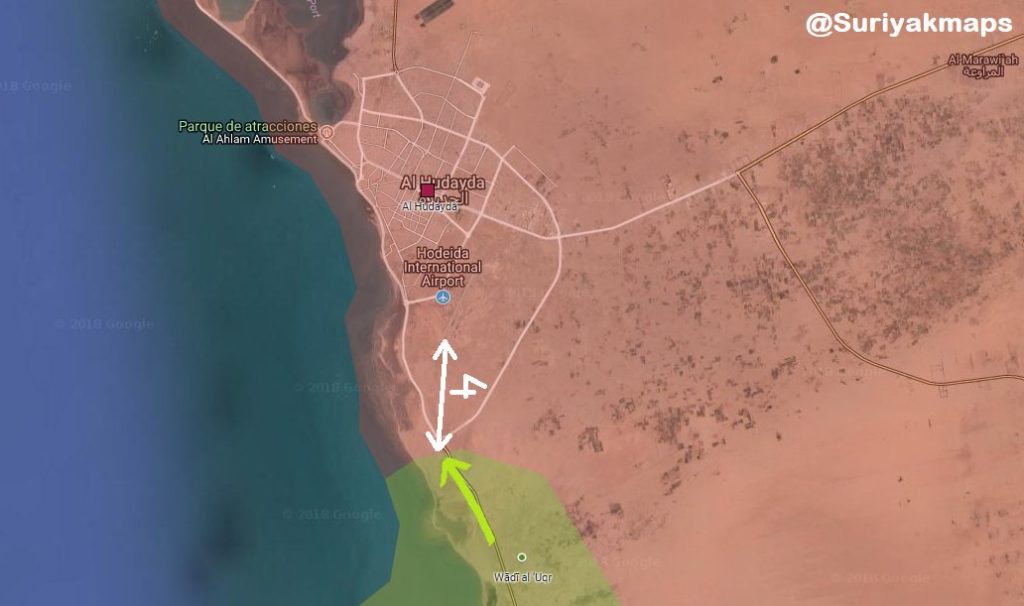 On June 13, forces of the Saudi-led coalition and their proxies declared the start of a large-scale military operation to capture the Yemeni port city of al-Hudaydah from the Houthis.

Initially, the coalition’s forces declared that the ground advance is backed up by both air and naval forces and the attack is ongoing from “multiple directions”. They even made an attempt to carry out a landing operation using vessels deployed there. However, all these attempts appeared to be a failure and the main clashes erupted in only one area – south of al-Hudaydah.

The landing operation failed after the Houthis had launched two anti-ship missiles at the coalition’s vessels involved in the operation. The coalition did not comment on the situation, but later the UAE said that four service members of its military were killed, including a First Lieutenant of the Navy. The UAE’s statement indirectly confirmed the version of the events provided by the Houthis.

Anti-ship missiles are not the only tool that the Houthis can use to counter the coalition’s naval operations. The Houthis can also use their water-born improvised explosive devices (WBIEDs) against warships involved. Al-Hudaydah is one of the facilities where these WBIEDs are produced.

The coalition’s forces also carried out an air drop operation near the port city in an attempt to open a new front. However, this effort also resulted in no notable progress.

According to pro-Houthi sources, during the June 13 clashes, the Houthis destroyed at least 13 vehicles and killed at least 58 members of the coalition’s forces.

If the coalition is not able to isolate the port city, it will likely face significant problems in the ongoing battle. 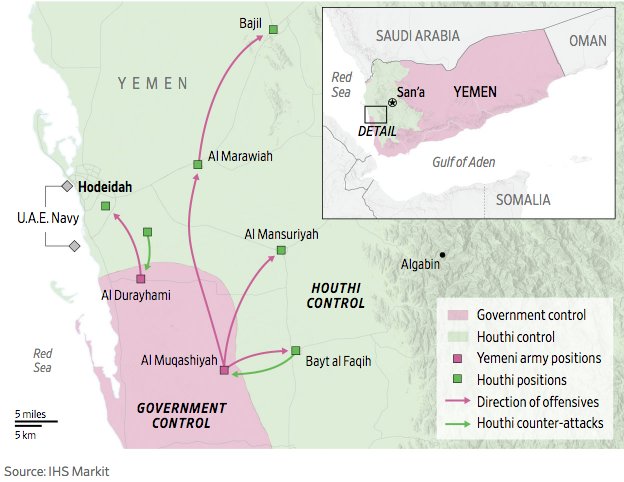 A video shows airstrikes of the coalition’s airpower on members of the Houthis across the country:

The Saudis could land some miles north of Hudeidah and begin an encirclement. Although I think they’ll press the southward attack and bombardment for some time before they take that approach.

Recent reports say otherwise. The offensive has failed. Could the Saudis turn this around? Sure they could, but only if aliens intervene and abduct all the Houthi forces.