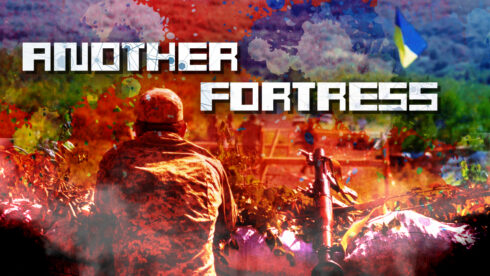 The battle for Severodonetsk-Lisichansk metropolitan area ended with the victory of Russian-led forces. The retreat of the Armed Forces of Ukraine (AFU), which Kiev propagandists called ‘another successful operation of the Ukrainian military’, did not stop there. Even after Russian President Vladimir Putin ordered the units that took part in the battle of Lisichansk to rest, the Russian offensive in the north of the Donetsk People’s Republic continued.

The front line of Bakhmut/Artemovsk – Soledar-Seversk is currently the main hotspot of the Ukrainian war.

The military representatives of the DPR have already announced the beginning of the battle for Seversk on July 3. In fact, Ukrainian positions in the city are being shelled by Russian artillery, and the advancing troops are yet to reach the outskirts of the city. At the same time, Russian-led forces are rapidly approaching the city from several directions, and Ukrainian units risk being blocked from the east, northeast and southeast in the near future.

To date, the combined forces of Russia, the L/DPR have taken control of the settlement of Verkhnekamenka, located 7 kilometers east of Seversk. 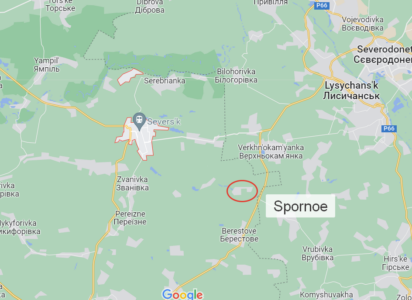 To the east of Verkhnekamenka, Russian-led forces managed to align the front. On the morning of July 6, the 11th regiment of the People’s Militia of the DPR took control of the village of Spornoe after several days of violent clashes. At the moment, mop-up operations are underway in the village. The AFU units that have abandoned their positions in this area are shelling Spornoe with artillery, causing more damage to civilian infrastructure.

To the northeast of Seversk, the Russian offensive is developing on the right bank of the Seversky Donets River in the direction of Grigorovka and Serebryanka.

The AFU have been preparing their defenses in the city of Seversk and nearby areas weeks before they retreated from Lisichansk. The positions of the Ukrainian military were heavily reinforced with artillery, including foreign-made military equipment supplied by Kiev’s allies. In the city itself there are several heights on the outskirts that will complicate a potential assault. The AFU forces deployed in this area were also reinforced by troops from Lisichansk and other frontlines.

Judging by the ongoing military developments, Russian-led forces are likely to use the same tactics they used in the Severodonetsk-Lisichansk area, as well as in the Gordkoye-Zolotoye region. It is expected that they will avoid storming the city of Seversk, but they will block it from several directions first.

The glorious RED ARMY never takes a break, the hoholoassholes are being whupped….himars up in smoke….hahaha SLAVA ROSSIYA!

MSM would simply publish a made-up disinformation and report Ukrainian win over Russian troops with numerous casualties of dead Russians with hundreds that surrender taken as pow.. I can now accurately predict the msm propaganda.

How will the US and UK break the news to their followers that Rissian Federation flags are fluttering all along the HATO borders?

Glory to Russia Marushka, all mankind, Glory to the Russian army, Glory to Putin!

Problem for AFU is that howitzers are just too damned big to fit inside schools and apartments.

Military Academy here, hohol nazi NATO whores ! The best way to deal with Seversk is to blow it from the unexpected direction, so from the north west. That means 3 phases of the russian army: 1. Pressing a frontal fake assault from east and south-east 3-4-5 days with vast artillery bombardments. 2. River crossing the Seversky from north-west 3. Encircle and cut the road from Bakhmut to Seversk motha fucker ukrop fascist dogs. that take a max of 10 days.

that’s what is happening right now

Most important towns to take to complete any retreat using secondary roads and completely close the cauldron are actually west of seversk …. sviato pokrovsk and kalenyky (with riznikivka in between). They also have important high ground

US also won something, so its equal.

The grind continues. Will the Russians set up another mousetrap in this area and get Ukraine to feed it over a 1000 mice a day, every day, for weeks. Grinding up weapons and manpower? Time will tell.

Russian spies and corrupt soldiers are willing to rat out equipment concentrations for a few pieces of Russian gold in a heartbeat. The AFU is screwed.

It’s a good day for Nazis to die and the Russians have gotten hunting Nazis to an art form. The train to hell is full and running overtime. All aboard. If you missed the train, no problem. Another one will be leaving shortly.

Yes, the tactics of surrounding it will save lives on both sides. Soon or later the nazis will have to surrender, so block the roads to Seversk and wait.

Muhammad your prophet has been awfully quiet!!! Either he has killed himself or his psyops handlers fired him for incompetence

Let Russia use high precision misiles to get rid of nazi-ukraine artillery first.

the Russians are getting a formula down and getting stronger. all of their cards are not on the table,