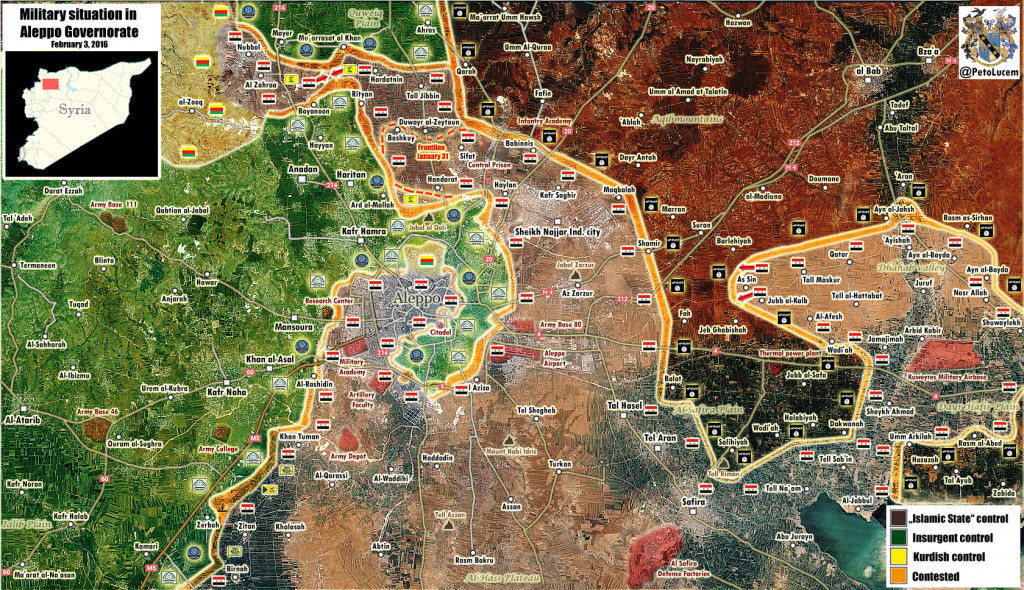 The Syrian Arab Army’s 4th Mechanized Division and their allies have successfully lifted the 3 year long siege on the predominately Shi’i towns of Al-Zahra’a and Nubl; however, the real battle for northern Aleppo has just started, as the Islamist rebels attempt to forestall the government forces from advancing along the Hariteen Highway that stretches to the Turkish city of Gaziantep.

While the news in northern Aleppo seems promising for the Syrian Armed Forces and their allies, they are still involved in a violent battle with the Islamist rebels of Jabhat Al-Nusra (Syrian Al-Qaeda group), Harakat Ahrar Al-Sham, and Jabhat Al-Shamiyah at both Bayyanoun and Rityan.