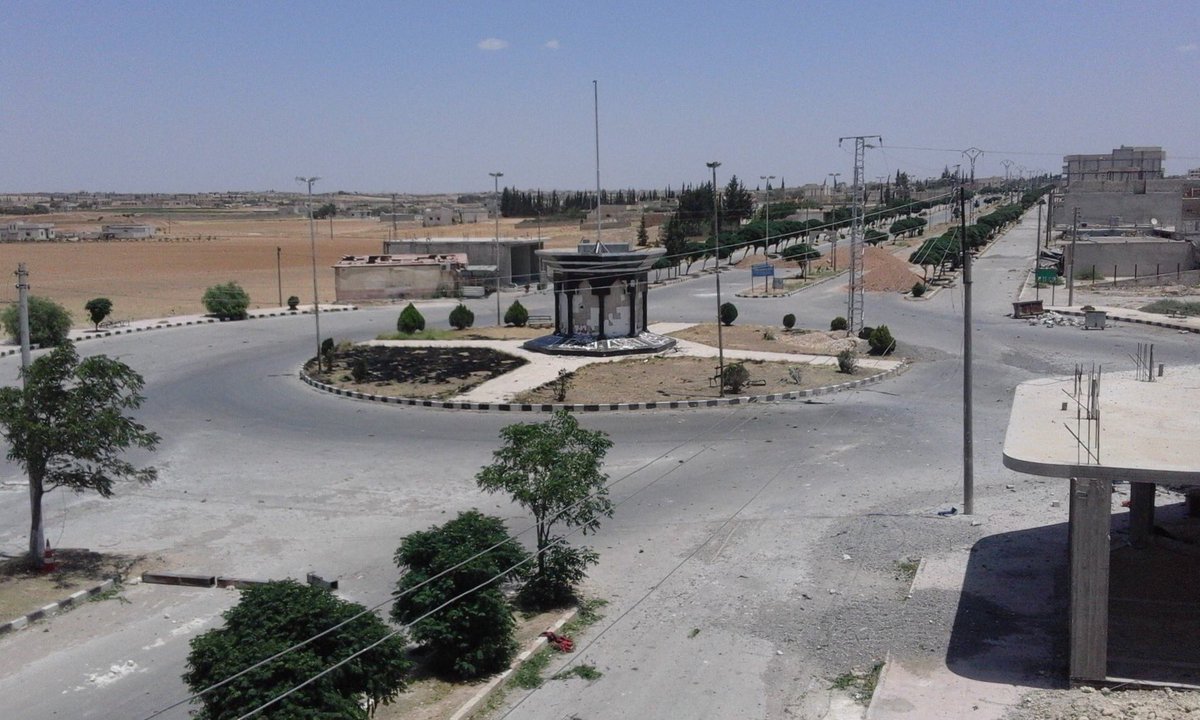 Roundabout in Western side of Manbij, in control of SDF

The US-backed Syrian Democratic Forces (SDF) has been conducting military operations in order to enter the city center of Syria’s Manbij.

Clashes in and near Manbij:

On June 22, SDF units (mainly Kurdish YPG) moved close to the Manbij silos that had been an ISIS HQ in the southern part of the city. The SDF seized Qanat al-Sheikh Tabash while ISIS re-gained Tel Yasti. The contol of the Yasti axis is important as it overlooks the whole city. 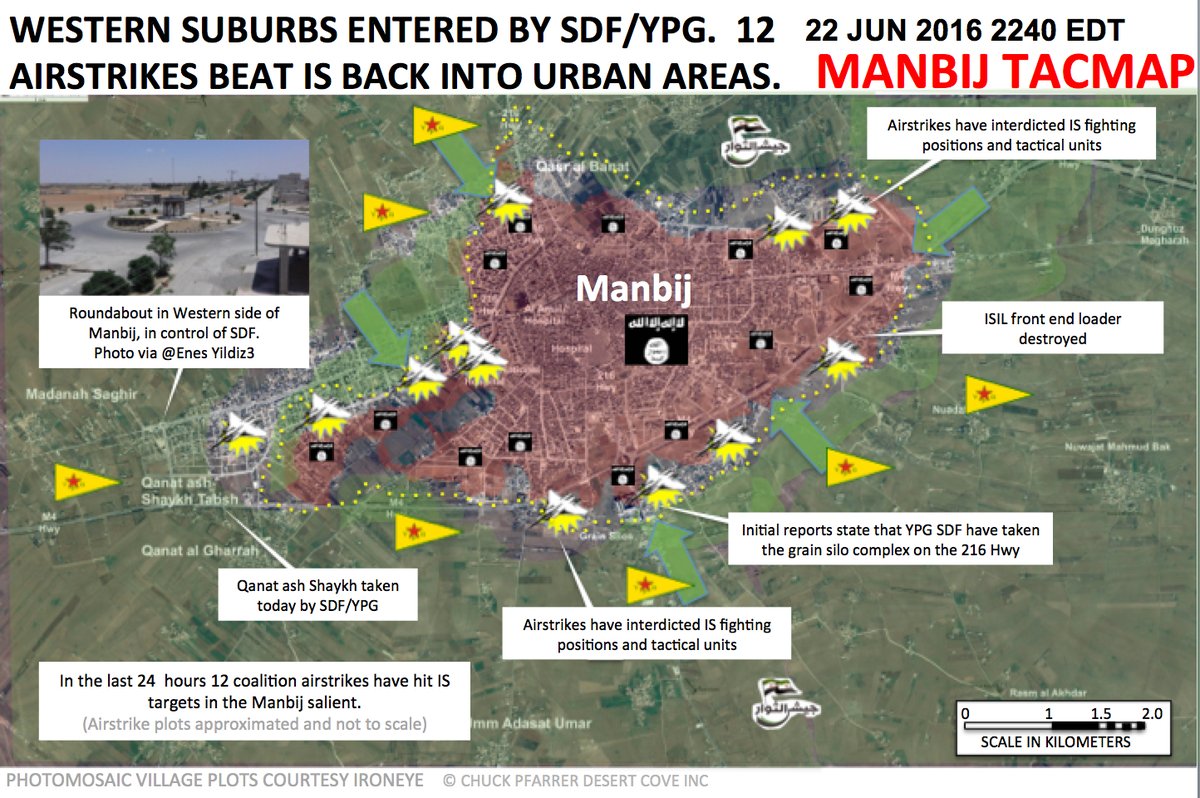 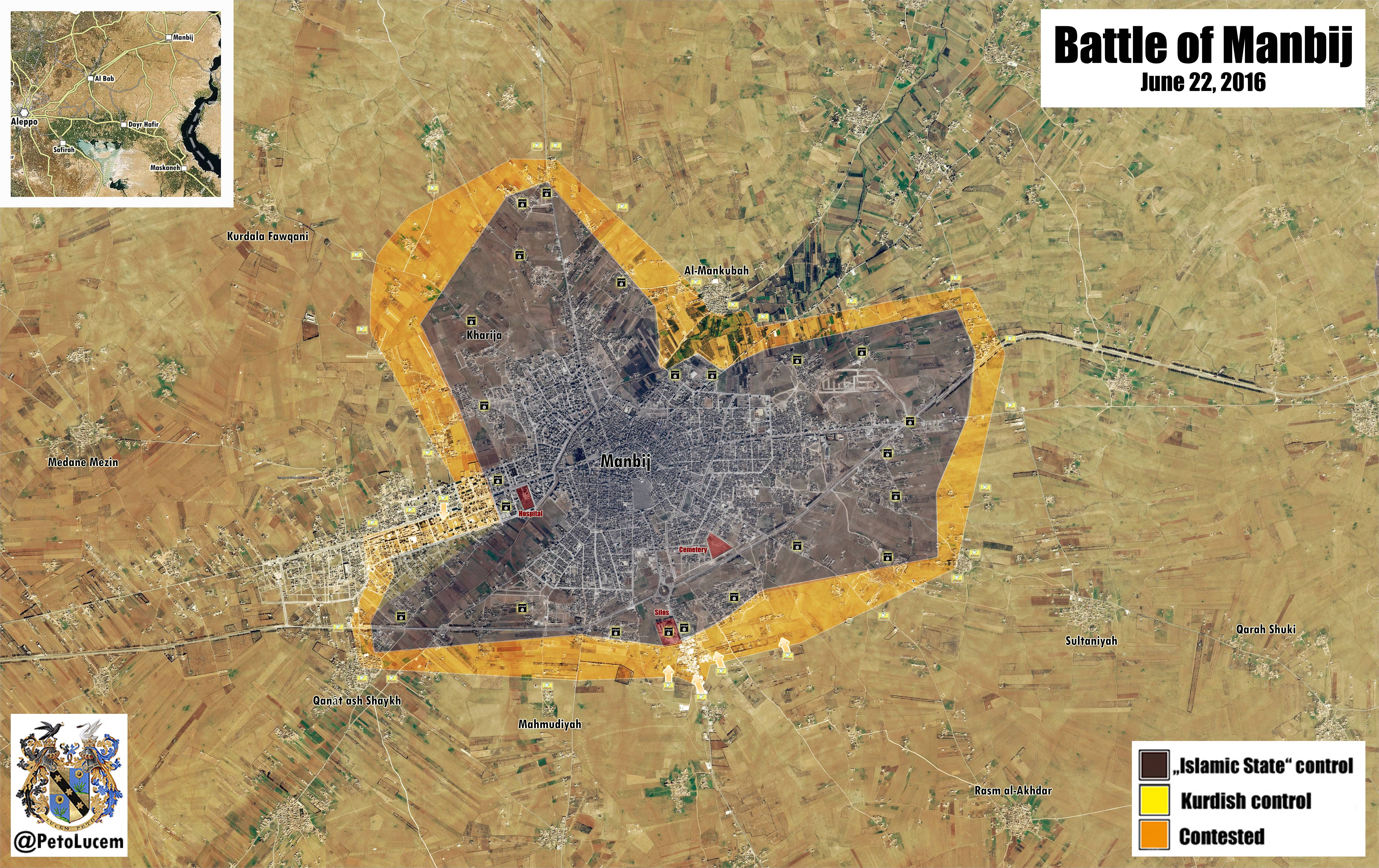