The Syrian Army and its allies delivered a devastating blow to Al-Qaeda-linked Hayat Tahrir al-Sham and its Turkish-backed allies in southern Idlib.

Since the start of the operation on December 19, the army, led by the Tiger Forces and their commander Suheil al-Hassan, have liberated over two dozens of villages and towns, including one of the biggest urban centers in the area – al-Tah. Furthermore, government troops deployed in a distance allowing to advance on Jarjanaz and Maarat al-Numan – key stronghold of radicals in this part of Idlib province. Militants conducted at least two major counter-attacks, employing suicide bombers, but were not able to stop the advancing army troops.

The offensive came amid an intense bombing campaign by the Syrian Air Force and the Russian Aerospace Forces that pulverized radicals’ fortified positions. The Syrian Army even conducted a missile strike on militants’ weapons depots near Ras Elhisn and Babsqa, close to the Turkish border.

Warning strikes were also conducted near a Turkish military convoy moving in the area of Kafar Aweed. These actions demonstrate that if Ankara still hopes to use its troops as human shields to rescue militants, this strategy will not succeed, at least taking into account the current number of Turkish troops in the Idlib zone.

Also, the southern Idlib operation was apparently coordinated with joint naval exercises of warships of the Russian naval task force and the Syrian Navy in eastern Mediterranean. This indicates that both Moscow and Damascus expect that foreign powers that support terrorist in Syria may consider carrying out some military provocation in attempt to rescue their protegees.

According to the pro-opposition Syrian Observatory for Human Rights, over 100 members of militant groups were killed in clashes. The Russian Defense Ministry said that over 200 militants were killed or injured in Idlib clashes. The number of the Syrian Army casualties, according to Russia: 17 – killed, 42 – injured. Media outlets affiliated with Hayat Tahrir al-Sham and the Turkish-backed National Front for Liberation claimed that the “Assad regime” suffered large casualties and all claims about the army advance is just Assadist propaganda. According to them, the “moderate opposition” just conducted a tactical retreat.

ISIS, so far, has appeared to be more effective that its Idlib counterparts. On December 21, ISIS-launched  drones hit the Homs oil refinery, the al-Rayan gas station and a gas processing facility in the province of Homs. The drone strike put these facilities out of service and caused several fires that were later contained. A day earlier, an ISIS cell killed 3 Syrian troops near Khanasir in the province of Aleppo. On December 22, ISIS claimed that its members had killed 2 Russian soldiers in the province of Daraa. In this case, no visual evidence to confirm these claims was provided.

The increase of ISIS activity amid the Syrian Army advance against Hayat Tahrir al-Sham and other groups indicates that the terrorist group is directly assisting their colleagues in Idlib.

bomb those assholes day and night… clusterbombing, thermobaric, all the good stuff… no mercy with those camelfuckers!!!

You mean no mercy for US run and controlled ‘militants’ and “terrorists”…..

The problem is that they are embedded with actual civilians who cannot leave – they are dead either way if the SAA cuts loose. The SAA policy has been to risk casualties rather than expose civilians to crossfires and artillery.
That does not apply to Turks. They should be killed as efficiently as possible. If Erdogan refuses to pull them out, they should be tagged and bagged.

Thank you, God! IN know you’re with the Syrian Arab Army and the Russians! 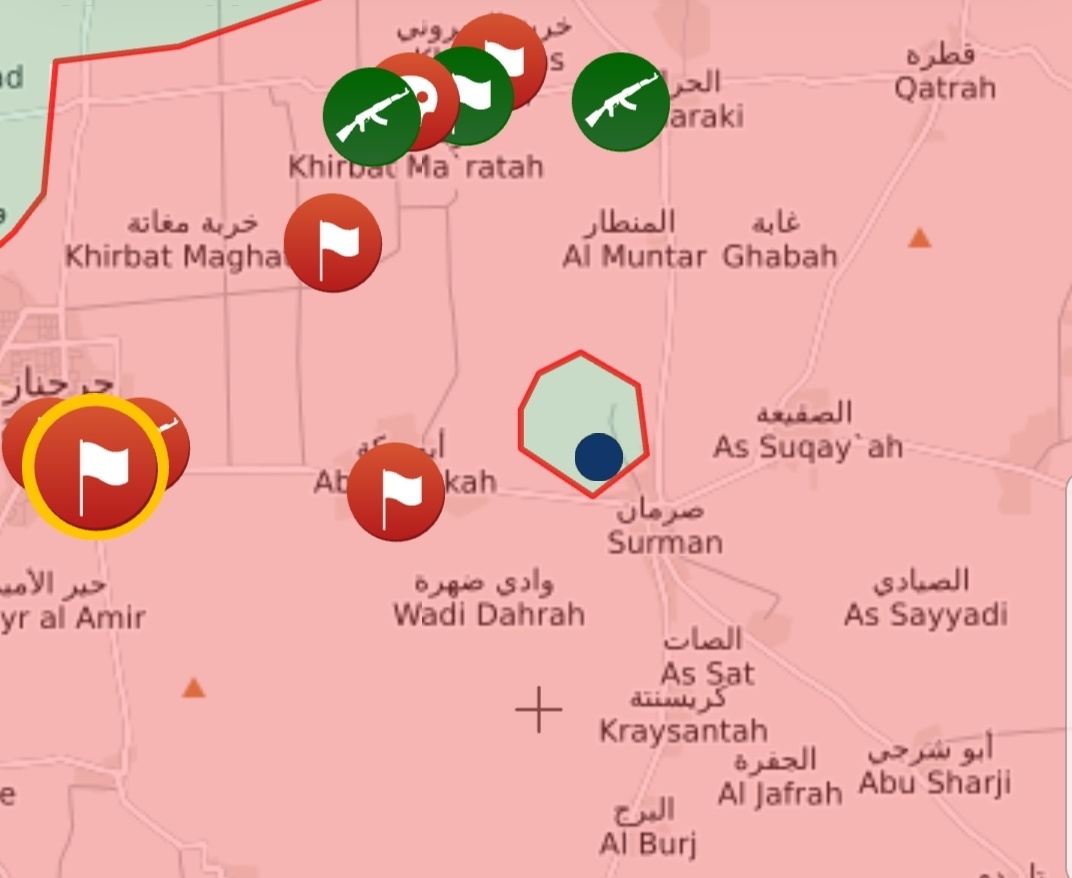 Just keep on SAA. Just check those Isils roaming freely around in Syria…that is for concern.

So daesh helping there brothers in arms hts still no gain for the coward scums and what happened to their faith it’s also in tactical retreat. Such insane coward fool’s.