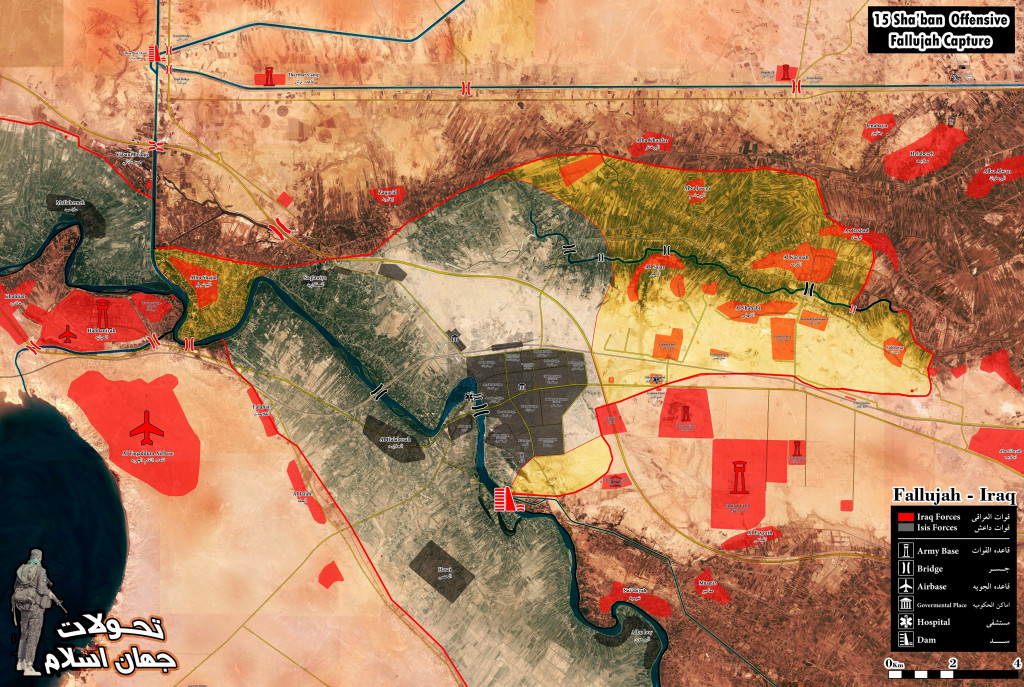 Clashes between Iraqi forces and ISIS at the city of Fallujah continued on May 24, the second day of a large-scale military operation to push militants out of their stronghold near Iraq’s capital, Baghdad.

Backed by US-led coalition warplanes, the Iraqi Security Forces and its allies (moslty Shia militias) launched an operation to re-take the city of Fallujah late on Sunday. ISIS has held the strategic city for more than 2 years.

The military operation to take Fallujah is expected to be a major challenge for Iraqi forces due to defenses put up by the terrorists and the thousands of civilians, remaining in the city. According to the US-led coalition, there are from 60,000 to 100,000 civilians in Fallujah.

According to the spokesman for Operation Inherent Resolve, COL Steve Warren, the coalition air force has struck 21 targets in and around Fallujah since May 17.