The US government has asked South Korea to arrest a brother of former UN Secretary-General Ban Ki-moon. 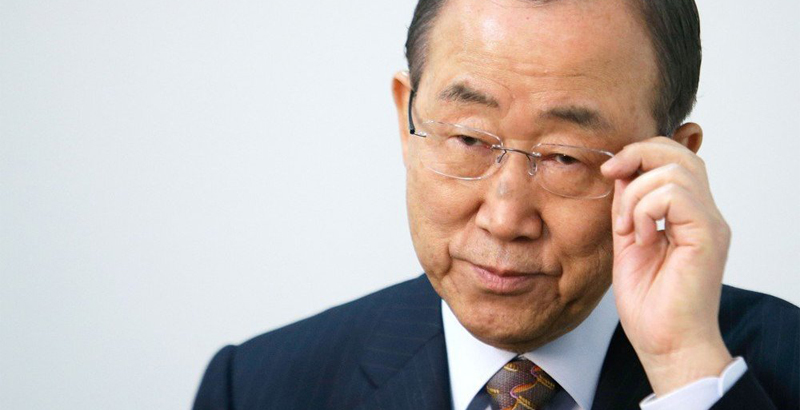 The US government has appealed to South Korea, asking to arrest a brother of former UN Secretary-General Ban Ki-moon, the Reuters news agency reported, citing a statement of the US Attorney General.

According to the investigators, brother of the former UN Secretary-General, Ban Ki-sang, was a member of a criminal group, which was paying bribes to officials of Middle Eastern countries in order to sale a building complex in Vietnam, worth $800 million.

Assistant US Attorney Daniel Noble said that the US is going to seek an extradition of Ban Ki-sang, however, now he is still on the loose.

The US authorities also accuse a nephew of the former UN Secretary-General, Joo Hyun Bahn, for the same reason. Bahn is a real estate broker in New York and, currently, he is remains in custody. Ban Ki-sang works as a senior adviser in the Keangnam Enterprises Co Ltd construction company.

The investigators believe that in 2013, Keangnam faced a liquidity crisis and asked Joo Hyun Bahn to find an investor for the Landmark 72 building complex in Vietnam. In response, the company offered $5 million to a commission. According to the indictment, Ban Ki-sang tried to persuade the sovereign fund of South Korea to buy this building complex, bribing officials. The deal fell through.

This story strongly resembles an incident with former head of the International Monetary Fund, Dominique Strauss-Kahn, who was accused of sexually assaulting of a 32-year-old hotel employee in New York.

The situation itself is obviously a signal for new Secretary General, Antonio Guterres, which should show him that if Guterres hunts his own line, he will also be ‘punished’ for this.

It’s not a signal to Guterres – it is a signal to Ban Ki-moon to not spill any beans, because they’ve got him covered.

UN like Isreal is an anglo-zionist invention. Like most western humanitarian ngo’s IE: Human rights watch. Amnesty International;. They r there as PAX -AMERICANA/WASHINGTON CONSENSUS /ANGLO-ZIONIST GATE KEEPERS. UN becomes a reality post ww2 viola the colony of Isreal is invented. Initially it was non binding to all members they did not have to recognise it’s creation. I think it was only ratified at the UN in 51. I might be wrong but I am sure in 47 the UN final say was that the formation of the Zionist state was not binding to any of the security council members. The russians under the guise of the USSR was more powerful and had more sway but still the UN has been always pro zionist/western exceptionalism. Taiwan had a seat of the permanent members and the PEOPLES REPUBLIC OF CHINA had not been officially recognised . P.S Remember what they did to the late great Butrous Butrous Ghali famous Egyptian UN chief.The anglo-zionist and Israel hated him. He must have held the record on sanctioning the fascist state of Israel and the west in general. He was very pro south anti west. They did everything they could to discredit him. Rumours were flying left rite and centre IE anti semite, misgynist ,that he had several illegitimate children spread out thru the world. They also accused him of embezzlement and graft. Nufin never stuck. He tried for a second mandate but the anglo-zionist along with the washington consensus virtually bullied over half the members to vote against him. He was probably the most popular chief their ever was. Many a times he and Qadaffi used to have many heated debates. He preferred subtle soft diplomacy where Qadaffi would always call a spade a spade and some. He was for pan arabiniosm and pan africanism to counter the western anglo-zionist. Hated by the GCC