The leaked documents link former EU Commissioner, Neelie Kroes, to an offshore company, but they pose more questions rather than providing answers. 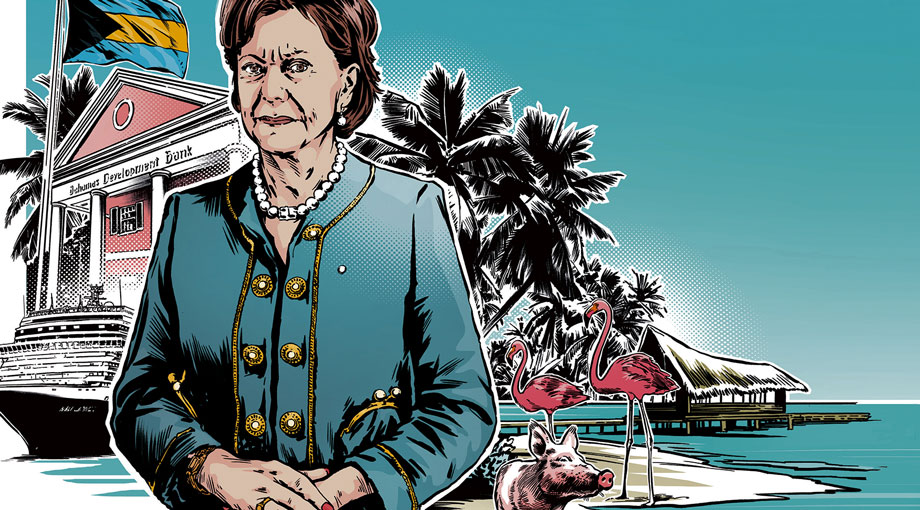 Brussels is in “damage control” mode again. The EU chose the tactic of sinking this time, in order to limit the damage of another scandal with a senior European official. Junker & Co. “await clarification” from former Competition Commissioner, Neelie Kroes. The Chairperson of the Commission had sent a letter to the offender inviting her to give explanations. “The letter was sent today, and I cannot say when Mrs. Kroes will respond, because it depends on various details which she must provide,” the Speaker of the European Commission, Margaritis Şinasi, said.

The reason for the scandal is the revelations in the information package of the Bahama leaks. The leaked documents certify that the Dutch national, Kroes, headed an offshore company, Mint Holdings Limited, from 4 July 2000 to 1 October 2009, which did not prevent her from taking over as Commissioner for Competition in 2004, and in 2010 to change portfolios with that of Commissioner for Digitalisation. Neelie Kroes shared directorship in Mint Holdings Limited with Jordanian businessman, Amin Badr El Din, a close adviser to the crown prince of the United Arab Emirates, Sheikh Mohammed bin Zayed Al Nayan.

Kroes herself claims that there is no scandal but simply a technical error. Her name was not removed from the board of Mint Holdings Limited “due to an oversight,” an explanation worthy of our MP.

But the revelations come just two months after the news that former Chairperson of the EC, Jose Manuel Barroso, started working for American investment company, Goldman Sachs. According to official information, Barroso will advise the company on issues related to Brexit. As a matter of fact, there is no offense, because Barroso had waited 18 months after leaving the post of Chairperson of the European Commission. According to his status, he must ask the Commission for permission to start a new job and explicitly inform it of what the nature of the job is, within this time frame. The Portuguese national started working for Goldman Sachs exactly 20 months later. However, the company is a true symbol of the predatory casino-capitalism and consequently, Barroso’s stepping-in was badly accepted by the public opinion. The EC was forced to respond and did the same as it did now: it sent a letter requesting clarification. The Portuguese national responded that the suspicions about him being hired as a lobbyist were “unreasonable and discriminatory.”

Experience shows that the European Court has rarely been referred to for cases of abuse by commissioners who have violated their contractual obligations. It looks as though the single most significant event was the check against the former president of the European Commission, Edith Cresson, who was found guilty of “benefitting” people in her circle, but judgment was delivered without a corresponding sentence.

Heavy blows have been inflicted on the moral outlook of the European Commission due to the scandals of Barroso and Kroes, as well as the stubbornness of the Commission to continue negotiations on the Transatlantic Partnership for Trade and Investment (TPTI), despite strong civic resistance. The German Vice Chancellor, Sigmar Gabriel, declared that they are “at a dead end street” and France honestly said that given the American intransigence, the negotiations should be terminated. But even the signals from Berlin and Paris did not stop the EC, which obviously reports to the lobbyists and cannot easily terminate the negotiations. The case of the TPTI and the scandals around Kroes and Barroso are testament of the high level of commitment of the European elite to big business. Starting as an inspirational project for peace, unity and prosperity on the continent, the EU today more clearly turned itself into a business project of the elite, from which citizens feel increasingly alienated.

It is noteworthy that the Bahama leaks are part of the project of the International Consortium of Investigative Journalists, an organisation based in Washington, which is funded by foundations such as Ford and the Open Society. Months ago, it revealed the first information package, the Panama Papers, whose documents, albeit indirectly, implicated Russian President, Vladimir Putin, and several autocrats outside Europe. The findings, however, did not have a significant political effect. The Bahama leaks shift the impact to the EU. Obviously, the instability of the Union and of Brexit open wide opportunities for speculation in financial markets, where corporate interests allocate an important position to instrumental journalism. The scandals prove that unlike the “fathers of Europe,” today’s political elite has one foot in business, but as a hostage to financial markets, it is unable to respond to shocks. Lack of political will to close the offshore zones only confirms that the findings do not seek to reform the vicious financial system, which in its present form, suits corporations and serves as a lever of political pressure and for cashing-in on instability.

Now I will show you something that, and this isnt often it happens, where the hairs back in my neck is standing, this made it happen. When we peek into the hidden shadow world of grays. Regarding the so called Panama leak and how silent it became after, ear shattering silence, dont you think. Now I start to realise that this implications is pointing to something I have to admit was just in the realms of Lalaland conspiracy nuts, hehe, but now, well, Il leave it to you.

Use translit since this is in “norce”,from the Sorass infested, PC-ism controlled open asylum called Norway. And our “eminent and leading light in bullshit and bollocs, Dagbladet. (whom haves to any given time atleeeeest 3 different nonsensical bullshit “storys” about Putin and of course Russia/Syria, all the time) But this somehow slipped thrue. Quote: “why do we accept hidden owner ship or stuctures regarding the norwegian childrens protective care institutes”.

An million dollar ind. complex. and nobody know whom owns it, where millions goes, an child in that system is followed with an massive amount of cash, almoust an 100 000 usD per head. huh And you wounder why the Norwegians have had demonstrations and harsh allegations thrown at them from around the world. Sometimes, the truth will be ugly, and other times downright hideous. In Noway, you dont own your children, the Gov. does, and they have total power, the child protective agency isnt even bound by high courts, they are an entety of their own, with total power. This is staggering in 2016.

The Norce Gov. is one of the most rotten scums that walks on this planet, confined only by sice, their mentallity is sickening. You have no idea of how rotten they are do you, little Norway, even the history of their name is an lie, the name its from the Youngest of 3 princes of an Finnish king, Noor was His name. And southern parts of “noway” is and was His.

aka Norge. hehe Oh…. they hate that.

“Kroes herself claims that there is no scandal but simply a technical error. Her name was not removed from the board of Mint Holdings Limited “due to an oversight,” an explanation worthy of our MP.”

I read somewhere that she not only was not allowed to have this function during the time that she was commissioner but that as a commissioner she also was obligated to list all previous functions in the last 5 years. So she is at fault anyway.