As Kiev’s official story over the faked murder of Arkady Babchenko from the hands of “Russian intelligence” is collapsing, the “killed” journalist has decided that it’s time to uuse his achieved popularity and to make some money. A Ukrainian TV presenter, Alesya Bacman, revealed that the Ukrainian TV channel 112 had attempted to invite Babchenko for an interview. However, the “victim” of the Kremlin’s spies responded by saying that he does not more attend TV shows for free and an exlusive interview with him will cost at least 50,000 USD, better 60,000 USD.

Later, the conversation was confirmed by Babchenko himself. He worte in his Facebook that he’s now facing a complicated period of life. So, if some media outlet wants to make content with him, it should pay 50,000 USD. Babchenko further claimed that the Russian state-run TV channel promised to pay him for an interview this amount. However, he rejected this suggestion. Babchenko concluded that he’s still ready to sell his interview to the “real” media. It looks that the only concern of the new victim of “Russian agression” in Ukraine is how to make money from his fake death.

The tragedy is that Russian spetnazs won’t give him a real one.

The clown is in Tel-Aviv now

With the name Akady he will fit in well with the Khazars :) 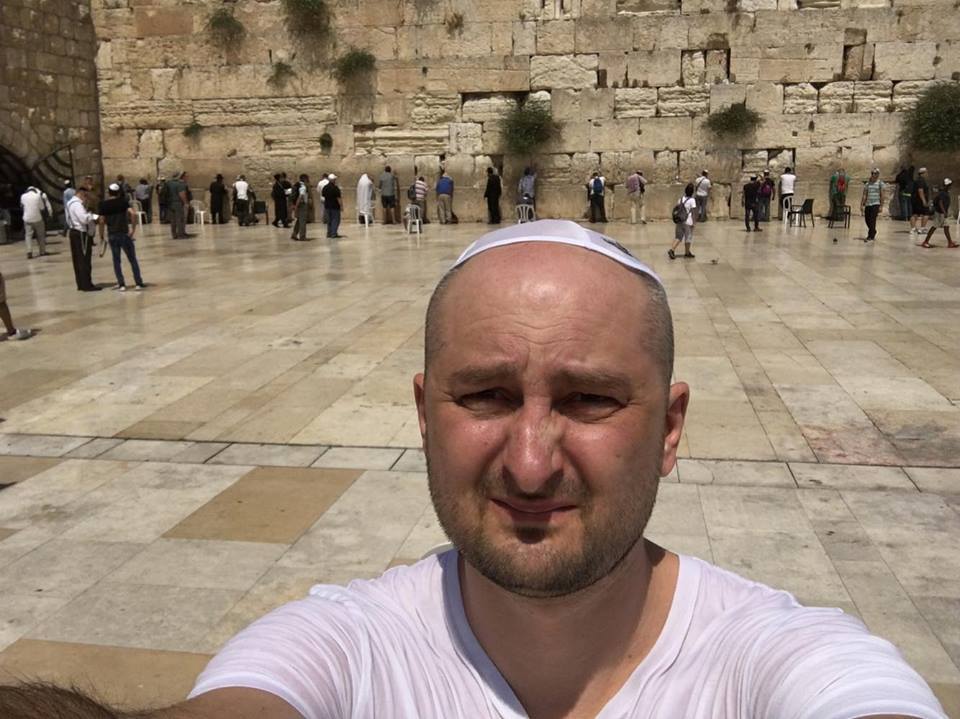 Arkady Babchenko at the Western Wall in June 2017. (Facebook)

Dank for the info!

What not make money from stupid people. Problem is that I don’t think that the west want to pay for a such pathetic story.

You better whatch your back babchenko. I will not be surprised if CIA kills you to pressure Russia.

Yep!..
Boris Nemtsov “helped” involuntarily by such action ( I bet rather on the MI6)

The US used to pay this guy, when he worked for them in Crimea.
The US would not dare to touch an Israeli.

The pYg is a greedy J€w, run to Israel not to be caught by the Justice

What he needs is anonymity and a new life in the West.

He will go back to Israel, from whence he came.