US Central Command (CENTCOM) has confirmed on Wednesday that it flew B-52 “Stratofortress” bombers from Minot Air Force Base in North Dakota non-stop to the Persian Gulf in order to send a warning message to Iran.

A pair of the massive bombers flew roundtrip in what Fox News described as a 30-plus-hour mission in order to “send a fresh warning to Iran” as a senior military official has warned of possible “complex attacks” against American interests in the region.

“The two-ship deployment also delivers a clear deterrent message to anyone who intends to do harm to Americans or American interests,” CENTCOM said in an official statement.

The “deterrence” operation is part of a broader build-up of US forces in the Persian Gulf area, which lately included sailing the USS Georgia nuclear submarine last week through the Strait of Hormuz. Israel is also believed to have a sub operating in the region.

“The United States continues to deploy combat-ready capabilities into the U.S. Central Command area of responsibility to deter any potential adversary, and make clear that we are ready and able to respond to any aggression directed at Americans or our interests,” CENTCOM commander Gen. Frank McKenzie said of the bomber flyover. “We do not seek conflict, but no one should underestimate our ability to defend our forces or to act decisively in response to any attack.”

Two American B-52 bombers flew another nonstop mission from the U.S. to the Middle East to send a fresh warning to #Iran as a senior military official said new warnings had been detected that "complex attacks" against U.S. are brewing.https://t.co/vKqHLkHxzY

A US military and intelligence official told Fox:

“We’re seeing planning for, particularly in Iraq for complex attacks that require Iranian assistance in order to be pulled off.”

We are now just days away from the one-year anniversary of the assassination of IRGC Quds Force Gen. Qassem Soleimani. The popular and powerful Iranian general was killed via US drone strike on Jan. 3, 2020 as his convoy exited Baghdad International Airport.

Leaders in Tehran have vowed revenge, but many analysts believe they’ll continue to be patient and conservative in their calculations in terms of the risk they’re willing to take, given Joe Biden is about to enter the White House, and it’s widely believed that with Trump still in office a major US or Israeli strike could still be greenlighted.

The US Embassy in Baghdad is also greatly beefing up security after earlier this month coming under major missile attack. US personnel in Iraq are said to be bracing for going into January.

Pointless embarrassing goodbye flag waving PR stunt. Even the village idiot knows that US will not fight Iran.

village idiot doesn’t know if there will be “deep state”- “false flag”… or if IsreHell will be forcing US hand somehow into the conflict..

It costs $70,000/hr to fly a B-52. That’s $4.2 million tax payer dollars for a pair of aircraft flying 30 hours not including the cost of planning the mission, tankers and fighter cover …. and likely F-18 growler in the air at least over the ME. Lets just say this mission cost $10 m USD.

I’m pretty sure the Iranians know the USAF has B-52 bombers … they do have access to wikipedia after all.

A video of DT wagging his dick can be posted on twitter for free so what was the point of this absolutely useless waste of fuel and resources? Unless of course DT can’t find his dick under rolls of fat in which case I can understand him spending $10 million of US tax payers great grandchildrens money on a virtual dick wagggle.

Of course if this was a play to get the Iranians to reveal the locations of their air defences it’s $10m well spent but I kinda doubt the Iranians are stupid enough to fall for that.

Its pathetic You are worried about Americans own and homemade money.

The worries should be for Rials, Liras and for that matter Rubels. Rials and Liras are derouted. Ribels just declkining a little.

its just not economical and its stupid

“The worries should be for Rials, Liras and for that matter Rubels. Rials and Liras are derouted. Ribels just declkining a little.”

For fuck sake Jens write in Danish then use Google translate … unless you really are concerned about the rerouting of rials and the the declkination of the Ribel that is.

confused villager…..US $ expected to lose 35% value according to Yale experts…US/dinkmark export cheese/corn—huge debt…Russia vast reserves, gold, platinum, diamonds, coal, oil, gas, wheat, kasha, if u ask nicely we can teach you how to manufacture a truck, airplane, even a television or a computer

Just Me
Reply to  HB_Norica

Good sensible comment. The US is a bankrupt deadbeat and things are so bad even Mexicans are going home as Mexico now has a higher quality of life and medical care. The Jews have destroyed the US with endless wars and fiscal scams.

US besieged with Covid and poverty is no longer an immigrants choice destination as central Americans head back to Mexico.

Five reasons why US ‘maximum pressure’ on Iran has backfired
1. Sheer size of resource rich Iran and large industrial base.
2. Persian nationalism.
3. Lack on domestic political opposition.
4. Iranian influence in the region.
5. Increased alliance with China.

Just one thing.
2.Persian patriotism. Not nationalism. It is a big difference, Iranians have never been nationalists/chauvinists. 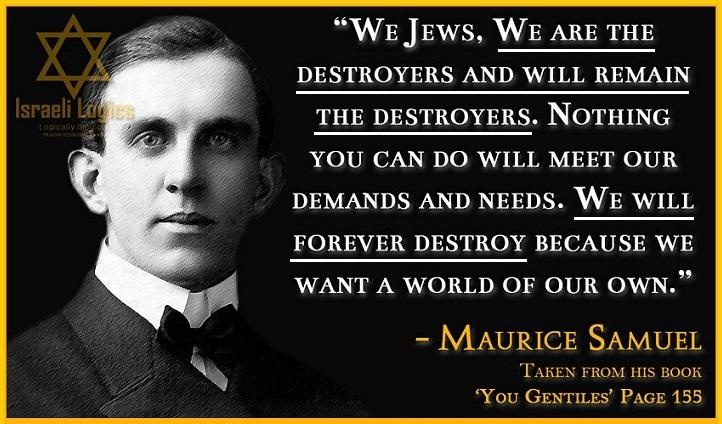 This is probatly Your best friends or where 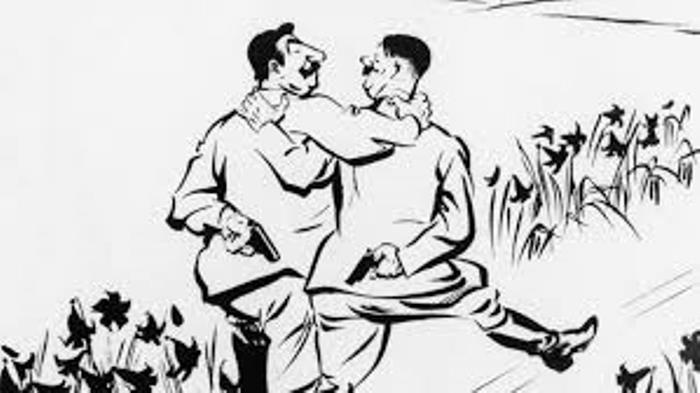 Easy to get extremists from all. Islam described as only Qaida and ISIS is same thing. Do they respresent all.

Do Hitler and Stalin represent all of us – or did. No they did not.

And some more for you Jens my friend.

you know that there are cannibals among them? 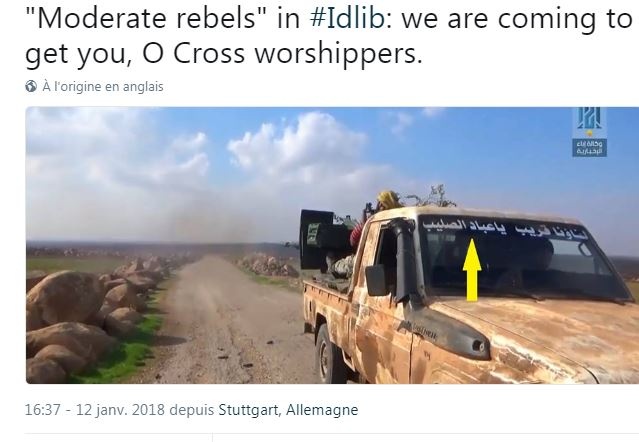 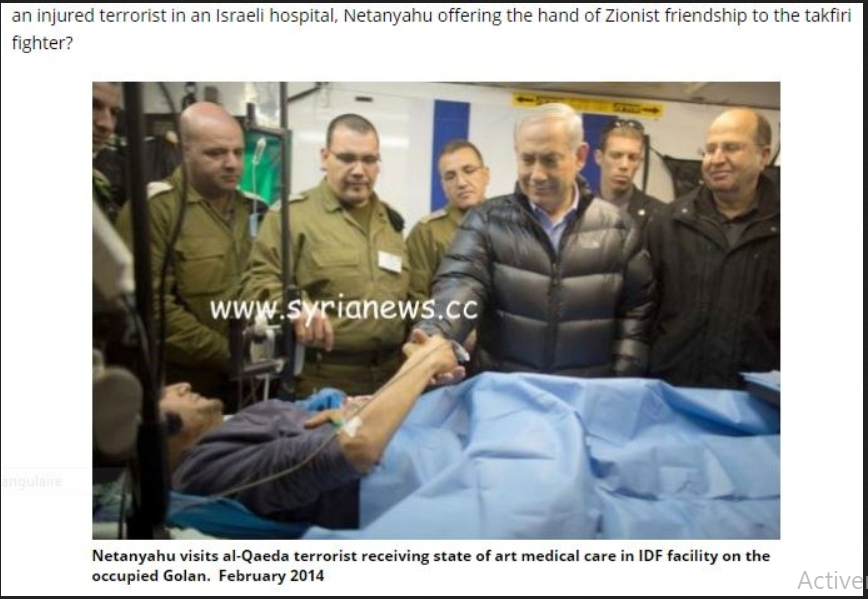 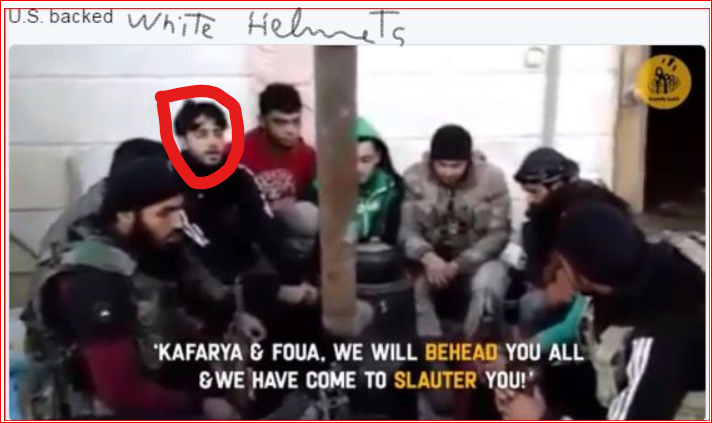 Sounds almost like manifest of the modern (US) Western feminist movement.

How can handful of Jews control “world of their own”?

Jews had built an aura of Hollywood and now even the puppet Arabs are discovering the real low life face of Jews as hotels and businesses in Dubai are complaining about theft by Jews and growing business scams. The hotels association of UAE has asked the government to better screen Israeli “tourists” and they are stealing everything from rooms. 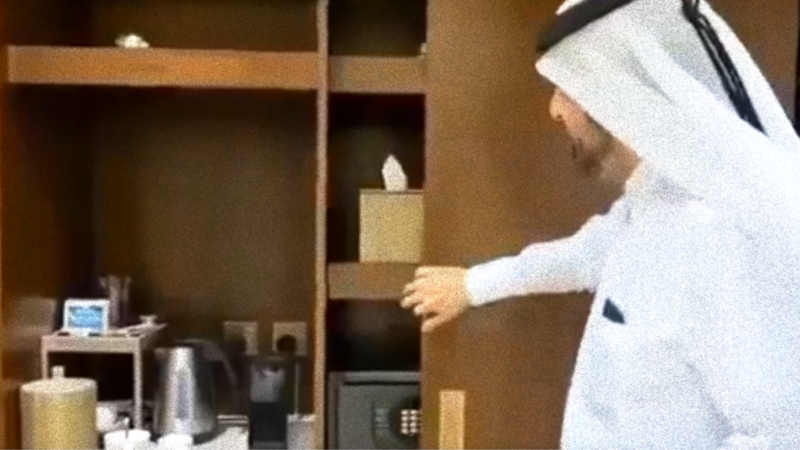 The outcome of the “#normalization” with Zionists!
Getting robbed even in hotels ??

Hind Abyad
Reply to  Just Me 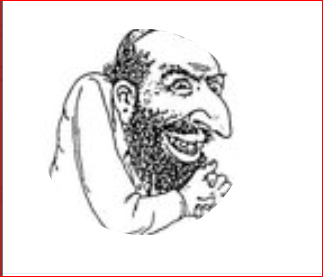 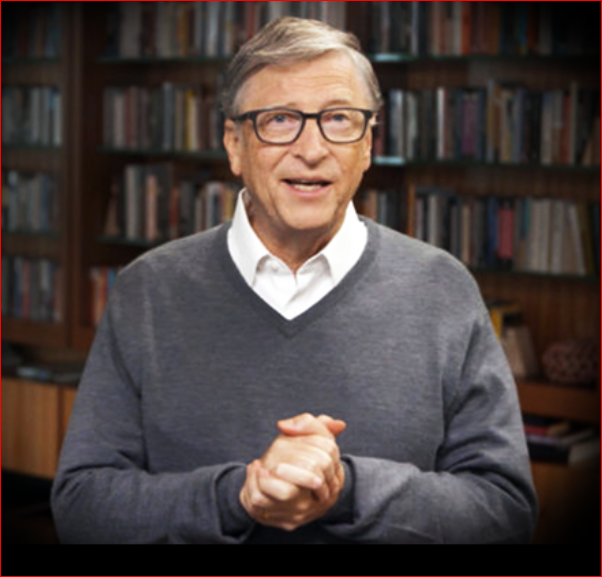 They did the same in Mumbai and Goa. Israelis are not liked anywhere. 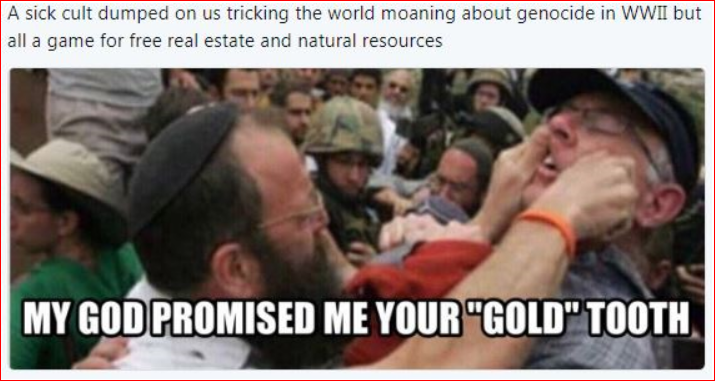 Well, who really care what UAE Wahhabi monstrosities have to say. They are slaves to Zionists, anyways, who destroyed almost every single normal Muslim country around.

Imagine living under their booths. 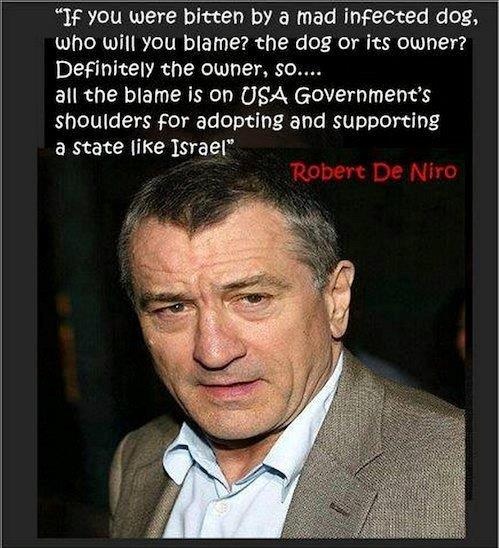 Just Me
Reply to  LaRata

Iran has over 60 F-14A with locally made 300 kms Fakour BVR missiles and aerial refueling.

These B52’s fly over the Persian Gulf as if they own it or they could bomb with impunity anything they want. N Vietnam shot down these bombers using SA2 missiles.

“”” Thirty-three B-52 crew members were killed or missing in action, another 33 became prisoners of war, and 26 more were rescued. Over 11 days, North Vietnamese air defenses fired 266 SA-2 missiles downing—according to North Vietnam—34 B-52s and four F-111s.””

S300 PMU2 and Bavar SAM would have little difficulty shooting down these large subsonic targets.

True all you say but….
These B-52s doesn’t carry bombs now but long range cruise missiles , thus out of range of Iranian air defenses

Yes, I know they have stand-off capability of subsonic missiles, my statement was made in conjunction of the bomber flying over the Persian gulf.

Yes I understand that of course, as much as you understand that they would not be “flying over the Persian gulf”… unnecessarily flying within reach of the Iranian air defenses…just like their air carriers will not be in Persian gulf …within the reach of Iranian anti ship missiles in the case of their attack… and Iran will never attack 1st.

The only reason to put cruise missiles on a B-52 is to attack targets that are otherwise out of range. Iran is surrounded by US bases, evidently, these bases are not regarded as a secure platforms to launch the latest generation of buzz bombs.

Iran is partly surrounded by US bases.. Iran is not so small, so they might need different directions for some targets ….and whatever B52’s will be launching it will be from longer distance for obvious reasons (that B52’s are big, fat targets for Iranians )

How many of these shit got shut down in Vietnam again….

US cannot deter BLM/antifa from burning their plywood villages….their 20 years in Vietnam was a huge humiliation—they lose all wars of significance; today Iraq is an ally of Iran. now they prance in LGBT bars having determined their females are more masculine and frigid than their men and unable to feel they believe that if they torture helpless defenseless civilized people then they will be respected—the famously deluded self uglified amerikan

Coming to bite the mullahs in the ass.