The B-1 Lancer is a supersonic variable-sweep wing, heavy bomber in serivce with the US Air Force. The B-1 is one of three strategic bombers in the US Air Force fleet as of 2018. The other two warplanes are the B-2 Spirit and the B-52 Stratofortress.

yes but the reasons arnt because of what u think!
They are either being upgraded or decommissioned!
I believe some are being Kept and upgraded just as the B-52’s have been aswell as the Russian TU-160’s and TU-95’s!
Its not like the other 54 couldnt be quickly brought back online!
The US still has active carriers and B2’s which can be used for far reaching strikes at a moments notice!
Also the B-21 is almost ready! did u know that?
So before u get your BIASED comparison calculator out, be sure u know whats in the pipelines, when they are coming out and what the ACTUAL plans for the B-1B bomber is!
Dont forget the USA has STAGGERING amounts of B-52’s! STAGGERING!!!
10 aircraft carriers plus another 15 or so light carriers with F-35’s stealth fighters that can also be used as bombers THAT ARE ALREADY CLOSE TO THE SHORES OF RUSSIA AND CHINA! ALREADY CLOSE TO THEIR FUCKING SHORES!

So dont get an erection because “only 6 are active”! They arnt far off being upgraded (some) and decomissioned! The B-21 is coming out in 2 years! LONG before Russia’s first stealth bomber and very long before Russia’s TU160M2’s production!

This menas the USA will have
B-1B (upgraded supersonic bombers)
Staggering amounts of B-52 stratoforce bombers
B-2 stealth Bombers
B-21 stealth bombers!
All by 2021!

Russia will still ONLY have TU-95, TU-160! Thats it! in 2021 thats all Russia will have!
So what do u have to say about that??
Get your Biased Calculator out now and do the math!

Reality Check! The B-21 was designed LONG a go! Because it was what the B-2 was supposed to be! They changed the design! So when they decided to make the B-21, they could start almost immediately! Now they will be ACTIVE (not tested) by 2021!

U need to Check Yourself before getting hot and flustered!

You seem to believe in Unicorns and holding one unicorn doll right now.
“Will be active bla bla bla” by 2021 bla bla bla…”
All that crap is a total fiasco for US military spending.
Your B52’s are sitting ducks for Russia’s hypersonic missiles, and black holes missile launcher submarines.
Your B1-B isn’t faster than the MIG-30Mkv interceptor or the MiG-25 interceptor, the mig-30 is fitted with hypersonic missiles, you know what can happen if they get light up in the 10000 kms Radars Russia have recently installed. Doesnt matter the distance if Russia sees a threat these will be the 1st to go.
All US stealth is crap, for Russia or even soviet tech, the 1999 stealth fighter F117 nighthawk (top plane by then) downed by a S-125 Neva / Pechora from the 50’s in Serbia proved the world just that.
The SU-57 is the answer to the not so fit F35.
Now the Mig-41 is in the pipeline to replace the MIG-30 interceptor, the MIG-41 will do MACH 4. None of the US fighter/interceptors planes ever reached mach 3 (mig30/mig25) let alone MACH4 with the mig-41 in 2021.
Besides Hypersonic missiles that can destroy any US aircraft carriers, they will be jammed with top Russian jamming tech like Khibiny before the hypersonic missile sink them hard!
So all that the US have in top military hardware are basically sitting ducks for Russia-China top military gears.
So back up before you get smashed the fuck up, dont play with the Bear or the awake Dragon, or you will find out that all your toys are crap.

A truly beautiful and advanced strategic bomber. Also it’s practically impossible to shoot it down with any IR/radar guided SAM missile. It has the most advanced IR/chaff/IR laser decoys and is equipped with a highly advanced electronic warfare suite that can jam any enemy missile guidance system and ground based radar 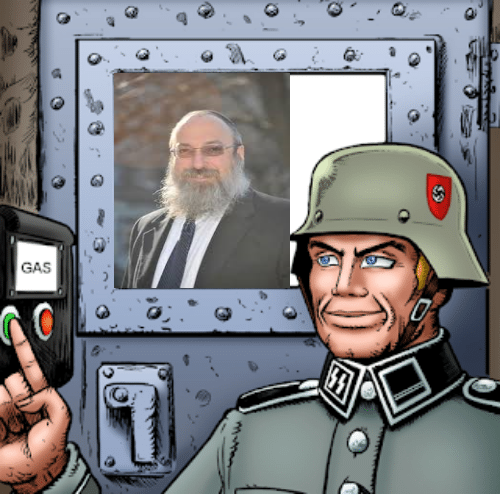 liking ur own comment there? hampster face egg head

Yeah and u know it cant be beat right? u know for a fact yeah?
Like u built the US missile defence systems and their Attack aircraft and electronic warfare tech with your own 2 hands, then u defected to Russia and built the TU-160M2 and now u know for a fact that its unbeatable! Right?

You are full of shit! Fuck OFF!

Larry, who is so egotistical that they would put their full Jewish name, with a jewish photo and then PH.D at the end of their name, come to this site and expect to be respected OR expect that his very own name and title makes a statement of power all on its own? So if i won a gold medal in Wrestling should i write “Justin Olympic Gold medalist” and then expect people think im awesome? If people attack me then they are inferior and jealous?
The fact you did this makes you a loser! You are flesh and blood, you put your pants on one leg at a time, your shit stinks just as bad as ours and you are from a people who have been kicked out of 109 nations!
in this forum YOU are the inferior!
You are scared of the white man! You use anti-semitism as a shield because you are too weak to defend yourselves like real men and need other nations to fight your wars! We see you as weak people!
Your name and title is equal to that of a RAT stating he is a special bread of rat that demands more respect! But still a rat! EXAMPLE “Larry the RAT PH.D” You just dont get it do u! The reason why u FEEL u need to put ur title up is the same reason why the world hates u! You are fake, full of shit, weak people!
If u are here to troll, make sure u are ready. Then run and complain to your admin like the weak rats u are!

Thats is not the only thing.
This US bomber is also invisible plus it can carry 50 mini nukes with 100 warheads each meaning 5000 targets can be wiped out in Russia in one shot.
It can turn off the motor and “sail” 500km through the air invisible in deep silence until it comes close enough to the target to unload its beautiful loads of napalm bombs, phospher bombs and agent orange bombs destroying all living plants, animals and genetic disable an entire population of rice workers or mountain farmers in a 100km radius.