Press secretary of the Minister of Defense of Armenia, Shushan Stepanyan, claimed in her Twitter account that Armenian Armenian Air-Defense system had shot down Azerbaijani An-2 aircraft that was used as a drone.

The incident allegedly took place near the town of Fuzuli in the disputed region of Nagorno-Karabakh.

On October 12, an enemy AN-2 aircraft used as a drone was hit in the eastern direction by the air defense of the Defense Army. pic.twitter.com/oLY7potv22

The Antonov An-2 is a Soviet single-engine biplane that is generally used for agricultural purposes. The aircraft was produced up to 2001. Today it remains in service with civilian operators, as well as military ones in different countries all over the world including Azerbaijan and Armenia.

Today in modern local conflicts, An-2 is sometimes used as a reconnaissance UAV, as well as for detecting of enemy air defense systems and artillery positions.

An-2 a biplane introduced in 1947. I Don t know what s more amazing: the fact that Armenia talks about shooting it down like it s a big deal or the fact that azerbaijani military still uses it.

The fact that someone was able to transform it into a drone.

I hope these are not generating any nasty ideas in Japan.

It could be an un-maned plane to seek out radars…

On a drone sent up to spot them?
Maybe a dumbo like yourself would have just shrugged and stayed rooted waiting for a strike, but air defence systems cost a lot more than a missile, or a dumb schmuck.

Few bullets will do i quess….

Video footage does not show the An-2 being shot down from the sky. It’s hard to believe the truth.

Maybe the AN-2 you just saw was falling down from the underground!!! Ha ha ha :)

The Turks use them to ferret out where Armenian SAMs are located.

Lucky that those Armenian air defence systems are mobile then!

Or hadn’t you noticed that?

Unfortunately if they are moving that means they are not decoys.

Calling all Southfronters,HELP,Armenians have refused to fold.

And then work out just how far a mobile system can relocate to!

Boneheads on here tonight, must be the slowmo’s gathering.

I am thinking the AN-2’s fly in as bait because they are easier to spot, and there might be other Azeri drones flying behind and high up. This is probably what happened with the losses of Armenian AD Ossa’s near Fuzuli in the opening days of conflict ?

Russians had experience with the Turkish drone war. They could have been of great help to the Armenians to avoid high levels of casualties but chose not to.

Which pilot volunteers for that mission?

I hope the Armenians are using low-tech means, these aircraft are probably being used to ferret out air defence radar… 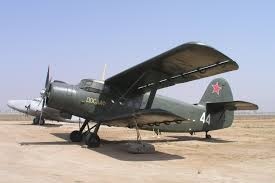 Nice looking. All military museum should own one.

This looks like the plane Tommy claimed to have flown to Russia for the football champpionship!

It was clearly one of Trumps superduper missiles, flying at Mach 300 armed with phasers and photon torpedos…

Former US ambassador to Azerbaijan on Nagorno-Karabakh

Why have clashes intensified between Armenia and Azerbaijan?

1. Nagorno-Karabakh is internationally recognized Azerbaijan territory.
2. The 1 million Azeris have the right to return to their home.
3. There have been 30 years of negotiations. There has not been any progress.
4. Political settlement is very unlikely. Likely it will be solved with military solutions.