On October 14, the Ministry of Defense of Azerbaijan shared a video from the recent strike on Armenian tactical missile systems.

The targeted systems were deployed were deployed along the border with the disputed region of Nagorno-Karabakh, specifically near the town of Kelbajar.

The video shows what appears to be two OTR-21 Tochka or 9K720 Iskander tactical ballistic missile launchers. The Armenian military is known to be operating at least 4 Tochka and 4 Iskander launchers.

The Ministry of Defense of Armenia acknowledged the loss of “equipment” in the Azerbaijani strike on its territory, vowing to respond.

The Armenian tactical ballistic missile systems were likely targeted with loitering munitions, combat drones or stand-off precision-guided missiles. Azerbaijani forces have been deploying such means since the outbreak of the battle in Nagorno-Karabakh on September 27.

The Azerbaijani strike pose a series escalation as the targeted systems were stationed inside Armenia’s territory and were not involved in any attack.

These missile were outside NK area. So Armenia isn’t worried about a strike.
But if truly the Azeris struck those missiles then it’s clear aggression against the mainland Armenia and all cloves are off.
Armenia will now get dragged into the war…
and we can expect to see a full scale nasty war…

I’d like to see Armenia gets involved. Clearly those OTR-21 Tochka or 9K720 Iskander tactical ballistic missile launchers directly point aim at Arzerbaijan. I’d be surprised if Russia wants to get involved. Russia is well aware that some missiles were from Armenia directly to Azerbaijan territory.

because u r a moron; Russians honor their treaties; Erdogan comprehends this

They either did not disclose the later half of the video, or chose not to post it.

This has happened so many times…..

If ever Armenia wants to provoke further by directly firing into Azerbaijan, Azerbaijan would not hesitate to strike Armenia directly. If Russia wants to get involved, Turkey will open the second front from the West side. Turkey can have its entire strength with the direct border. But Russia does not even share a border with Armenia. It will be a nightmare for Russia to get directly involved.

Turks still remember that there is Turkish blood on Russian’s hands in Syrian Idlib. Quite many Turkish troops were killed by Russian airstrikes.

On one side, Turkey and Azerbaijan are determined to take N-K back. On the other hand, Russia is a game player and manipulator. Armenia is a deceitor and can’t survive on its own. Russia and Armenia try to manipulate the West, like US and France. But both UR and France do not have the stomach to get involved.

On all levels, Turkey and Azerbaijan clearly have the upper hand. This is even more than the Syria and Libya situation.

7 morons cannot even defeat PKK—turkeys losing in Syria to Russia–retreating in Libya from Sirte; frightened of Egyptian military

REgular warfare and PKK guerilla cannot be compared like that.

Russia is busy appeasing Erdo. If Russia took a firm stand Erdo would be on his knees in 24 hours. But right now the beaches of Antalya are full of Russian tourists and Russia is busy selling equipment to the Ottomans and still observing agreements in Idlib that Erdogan stopped even trying to pretend to honour long ago.

Its not about stomach.

get out of EU, goat f*cker.

But we are not in EU motherfuker

What is this obsession you all have with goats?

Didn’t look like a tochka to be honest. Could have just been some vehicles, as I doubt they’d just keep such powerful weapons just sitting in an open field.

Could be Aliyev just put some vehicles in a field and blew them up and then posted it as a propaganda exercise. One step better than stealing a visual from a video game, which is what pro Armenian elements did a few days ago and then claimed to have “shot down an Azeri MiG 25”.

The amount of fake news generated by both sides in this war is mind numbing.

A young 20 years old Armenian warrior has given his life in defense of his people and their homeland.

God bless, and keep safe, all of Armenia’s brave warriors. 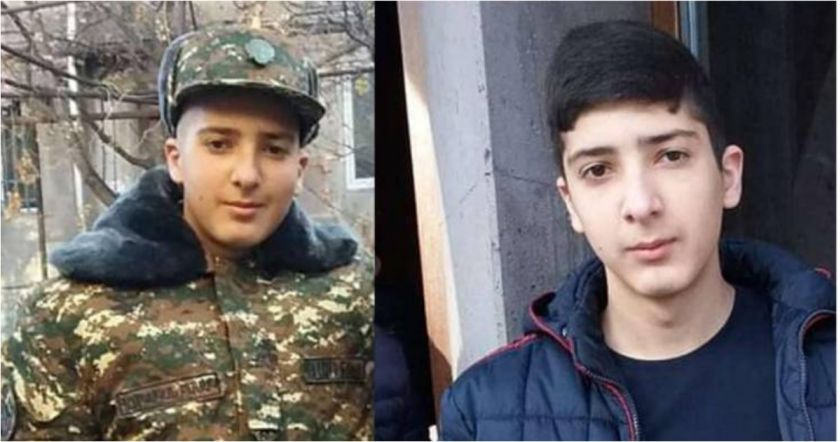 It is so bad that Mr. Parshinyan sent those young boys to die for him. Such a villain.

His life was wasted defending illegal territory that did not belong to Armenia.

So they are deploying (ballistic missile launchers) without Pantsir, similar or even ZSU-23-4M4?
Aren’t going to win any wars anytime soon.

I guess Pashinyan didn’t realize that he was stupid.

Not stupid, just a foreign intelligence asset doing what he is instructed to do…
Which is to sell his own country down the river and somehow entice another in.
Lure & Bait.

If those alleged missile launchers were on Armenian territory then it’s not a pre emptive strike, it’s an open act of war and it would be a provocation under which the CSTO could be triggered and Armenia demand that Russia enter the war. Now that’s not something Azerbaijan wants, right?

Depends if there has been a strike on Azerbaijani territory from Armenian territory with ballistic missiles. If yes, then it is a preemptive strike. You and me would not know or be able to prove it. But countries have radars and tracking. If Russia/CSTO will not do anything, it means it was a preemptive strike.