On November 7, Azerbaijan State News Agency (AZERTAC) released documents claiming to prove that Armenia was settling Syrian Armenians in Nagorno-Karabakh in order to change the demography of the disputed region.

The state-run news agency said the documents were found in the office of Armenia’s National Security Service in the district of Zangilan, that was recently captured by Azerbaijani forces.

Azerbaijan launched a large offensive against Armenian forces in Nagorno-Karabakh on September 27. Thousands from both sides have lost their lives while fighting in the region, so far.

The documents supposedly include the names of 60 Syrian Armenians who were recently settled in Zangilan by the Armenian state.

“It became clear that 60 Syrian Armenians, 19 families in total, mentioned on the list were relocated to Zangilan as part of Armenia’s illegal resettlement policy in the occupied Azerbaijani territories,” AZERTAC report reads.

The agency also shared photocopies of passports which allegedly belong to two Syrian Armenian men, Baazo Hraj Sepob from al-Hasakah and Kirakos Babkin from Aleppo. The men were settled in Zangilan, according to the agency’s claims.

According to the AZERTAC, the Azerbaijani government is currently taking necessary investigative measures. Baku may be planning to issue an official complaint against Armenia.

The documents shared by the AZERTAC are yet to be verified by an independent side. Even if the documents were authentic, there is evidence that the Armenian state was directly involved in the re-settlements of Syrian Armenians in Nagorno-Karabakh. These people may be just refugees who fled the war in Syria.

This makes perfect sense. Those Armenians had nowhere to go.

Sad for those people, but Armenia should have settled them properly. You can’t bring a refugee and settle them in the territory of another country.

Statistics say, they come from refugee camps in Turkey. Its long time ago Armenians loved Turks.

Oh but when the jew shoe fits…

The Youtube is manipulated crap. Its narrowminded as my child railroad. Sweden also dont support, what the Arabistanis wants.

Its her own words you stupid oaf. Just STFU sometimes.

Yes, THAT YOUTUBE is. Using it as it is in own brain manipulated crap.

I wont throw my bicycle or car in the ocean just becase some tire is not good.

Swedes has a lot of critisisme for many in the ME for very good reasons. They have long list for it.

I will say they are more friendly to many living in the ME then many others. If it was football reasults and was Israel against the rest, its my estimate it would be about 7 to 3 for “others”.

Now go and clean You own 3.

Thats how it is, if its true. 5 million Syrians do their best for no return to Syria.

None should blame or accuse them.

Biden hates Turkey, and for sure will support directly Armenia. Do not forget that they tried to overthrow the Turkish dictator Domuzdogan

Biden is a bona fide Liar. You have to know who controls the puppet strings to deceive.

That is a fair analysis. Biden is a professional politicians so being a liar is mutually inclusive trait. He and his family are also thoroughly corrupt with proven kickbacks from Ukraine.

Biden is part of the deep state and if anything, will depend on NATO Turkey even more as US will redouble its efforts to destabilize Russia, sans a sick Putin and power vacuum. Biden’s whole family has made millions from Ukraine and China, so Russia is the odd man out.

News that Putin is sick are continuously appearing since he became president for the first time. But if he is really sick, it doesn’t means there is kinda vacuum. He is kinda capo del tutti capi. They will elect another one in case if. These guys are not interested in internal confrontation in face of external threats.

Rotfl. I bet he didn’t order one single execution of a journalist or politician. He’s eveey time presented with a fait accompli by chabad mafia and he has to act bossy as in the comic scene with give me my pencil, Deripaska. Or they replace him with Lenin’s head.

Just one question: if Putin decides nothing why all those western barking dogs, including you, are hating him so much? You must be happy that Russia is ruled by a man who decides nothing.

Don’t be so bitter. He is main decidents on military, external politics, but more limited, and some internall issues too. But the Chabad mafia rules the economy. And they assasinate political opponents without asking him. So he decides things as long as he keep his nose away from the big corruption.

On the contrary, Biden has promised to declare PKK terrorists, expel them from Syria and stop US support for Kurds. According to US media reports, both Iran and Turkey are the big winners of the US election outcome. The result has really unsettled Israel and Russia.

There is nothing left to support. Shusha is taken. 1-2 weeks left for complete clearing. Biden will come only in January, and if interested probably be invited to Karabakh by Azerbaijani president

Frankly, the Jews are behaving even worse and running around scared out of their diapers at the fast pace of changes taking place.

Israel’s ruling Likud Party floundering in face of growing Corona Virus and lack of policies, led by embattled Prime Minister Benjamin Netanyahu,has accused Iran of “fueling” demonstrations of the Israeli left inorder to topple the government. This is a desperate attempt to curry favor with the incoming Biden administration which has indicated a willingness to negotiate better ties with a resurgent Iran. 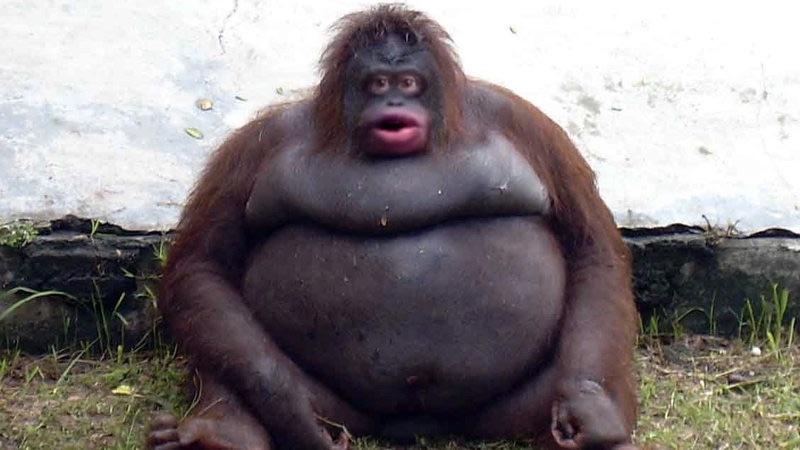 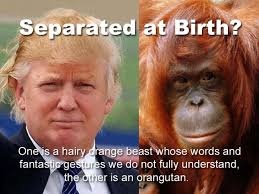 Thats from pest to cholera. If true its no surprice. I anytime will say those people are political refugees and should protected well. 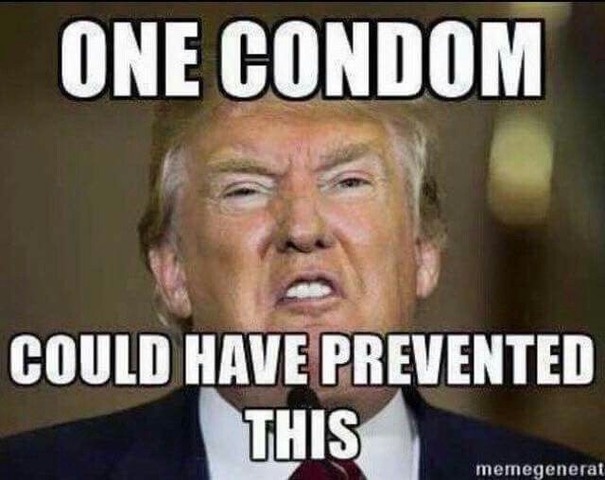 We have evidence (aka Turkey and Azerbaijan) that depraved genocidal mongoloid creatures known as the Turk have invaded the Caucuses and Asia Minor about 9 centuries ago.

Kick them out or wipe them off the face of the earth and save a planet.

That makes no sense at all unless the rest us in the world move us around too. Your fokus should be tomorrow or next meal.

Turks also were in Minor Asia long time before that.

I dont take side. Old days are overrated by too many.

And as we see right here none speak for making peace. Many here seemes to has used their Bibles to make cigarettes.

It is called Holy Smoke.

Saying “Kick them out”, who are you addressing? Who are you inviting to fight your battles this time?

Baku must know that 1.5 million Armenians were slaughtered by Turkey. Many Armenians escaped to Bulgaria, Greece, Iraq, Syria, Lebanon. Syria was a home for many people who ran from Europe during WWI and WWII period.

Thats no horseshit. Turks has killed many many before 1900.

Not that I doubt it happening, but there way too many surviving Armenians from a genocide. Either Turks suck at genociding people (though were allies with Germany), or we are missing something from history.

Europe had less than 2.7 million “Jews and Gypsies” in 1939, but somehow 6 million died. Generally agreed figures show less than a million deaths.

Frankly, nations tend to distort facts, like most Danes are Nazi racists and openly collaborated with Hitler and thousands even joined the SS. The Jews and Armenians have made a career out of exaggerating their “holocausts” with hollow claims.

Oh yeah, I bet it is just as they say.

Its never denied. After we see assssies and arhmi do like that to each other, thery might prefare Aleppo, Idlib, Homs or DEZ :) :) :)

…Or maybee in a Syrian refugeecamp in Turkey. Not will blame them. Its a miracle any will remove to dark places like Yours.

I’m just saying Turk should kill some Kurds PKK/YPG and place them in with Armenian died soldiers…now that would be good propaganda.
Douc means shit.

Analogy is logical. The only inconsistency is that Armenian government even announced the move of refugees, and also the move was documented with satellite footage.

What I want to know, is what ancient ruins are buried underground in this region related to the time directly after the flood of Noah or just prior…. what’s so important there to spark conflict just to try to dig up that contested spot? 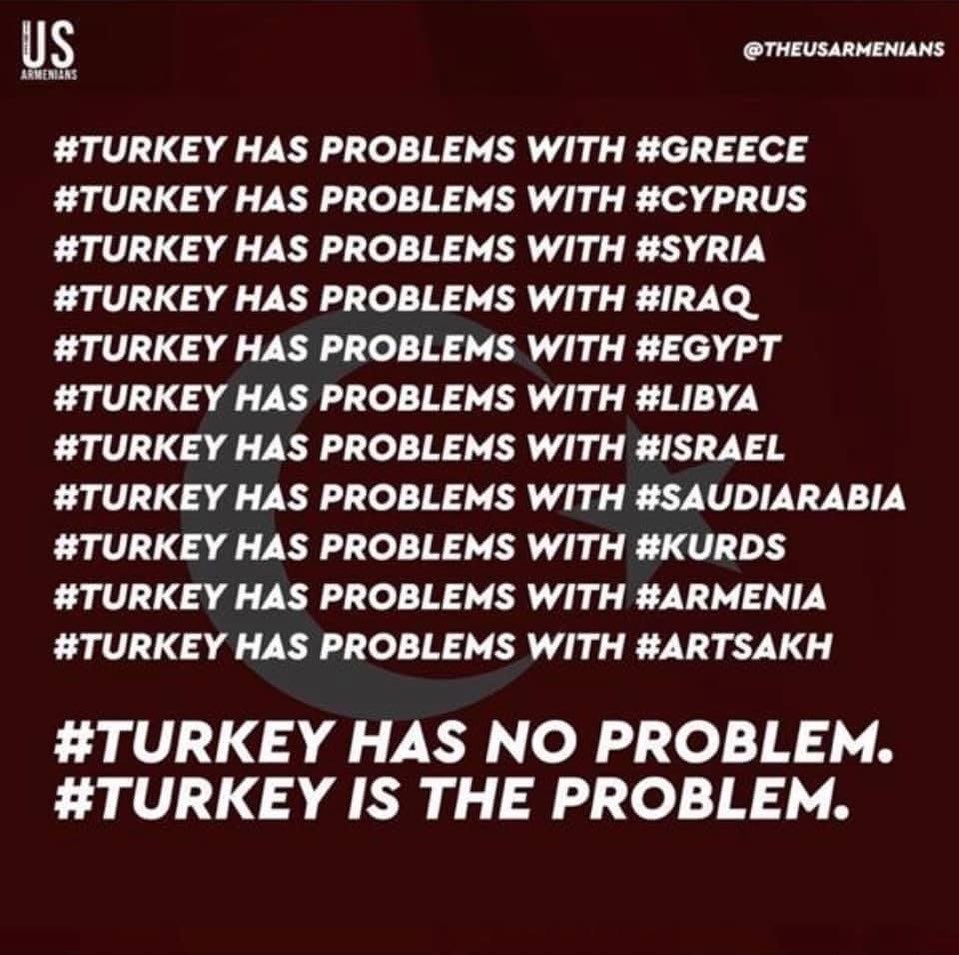 “Turkey has problems with Israel”

If that were actually true, the Turks wouldn’t be so bad.

Thats it. Game over. Shusha is under Azerbaijani Forces control. Key strategic town of the whole region.