Azerbaijan has officially accused Armenian forces in Nagorno-Karabakh of launching a tactical ballistic missile at the Nakhichevan enclave.

Nakhichevan, formally known the Nakhchivan Autonomous Republic, is a 5,500 km2 landlocked region of Azerbaijan. The region lays between Armenia and Iran.

In a brief statement, the Ministry of Defense of Azerbaijan claimed a tactical ballistic missile was launched on October 16 by Armenian forces from Gubadli in the disputed region of Nagorno-Karabakh. The missile allegedly struck the area of Ordubad in Nakhchivan.

An operational-tactical missile fired on October 15 at 10:44 by the armed forces of Armenia from the territory of the occupied Gubadli region exploded in the territory of Ordubad region of the Nakhchivan Autonomous Republic. #StopArmenianTerror#StopArmenianAgression pic.twitter.com/p2LERffZiJ

The Ministry of Defense of Armenian quickly dismissed Azerbaijan’s claims, accusing the Baku’s military and political leadership of lying.

“We declare that no missile was fired in the direction of the Ordubad region of Nakhichevan,” Shushan Stepanyan, Press Secretary of the Armenian MoD, said “this is another lie of the Azerbaijani military-political leadership, which aims to expand the geography of the conflict.”

The supposed missile strike on Nakhchivan was likely a stray fire accident. Since the outbreak of the battle in Nagorno-Karabakh, dozens of projectiles and even drones landed in Iran’s territory by mistake.

Azerbaijan may be indeed planning to expand the geography of the ongoing conflict in Nagorno-Karabakh to cover the Armenian regions separating its territory from Nakhchivan.

It is supper stupid to fight for moon country where not even grass is growing.

Parshinyan is the biggest liar.

Those Artskins are clearly terrorists.

They can’t fight Azeri drones. So they dropped some bombs on civilians.

In the other article you suggest HTS come over to fight armenia.

Your the terrorist invader, fucken dumbass!

We have had enough of your “wars”!!

armenians are losing the war and attacking civilian targets again…

Wow! Depopulated this fast? I can now see the genius of the cycle of retaliatory ethnic cleansing between Armenia and Azerbaijan. Good job, guys.

Always nice to get a free bus ride out of there when mean people are coming to take your home. Did the Azeris do that for their people when Armenia/Artsakh took their homes from them? Probably not – Azeri refugees have to walk back.More proof Azerbaijan is EVIL.

The ‘stans are ethnic Turkomen and mostly Sunni, Azeri are ethnic Caucasian/Iranian, marginally Shia (not devout) and only have a Turkic-derived language. Both have leaders that are thoroughly corrupt and generally unhinged, so they share that

“Both have leaders that are thoroughly corrupt and generally unhinged, so they share”

so they are both shitstans :D

Well, this makes perfect sense because in the middle of a war when your suffering heavy equipment losses and are running out of missles, you always want to toss one into the middle of nowhere… just to let them know you still can. But this is obviously a clear justification for a Turkish invasion of Armenia through Nakhichevan. Erdogan can’t let this serious provocation go unanswered. It’s like an attack on Turkey, itself!

Smeagol: “Kill the Armenians… KILL THEM ALL!” 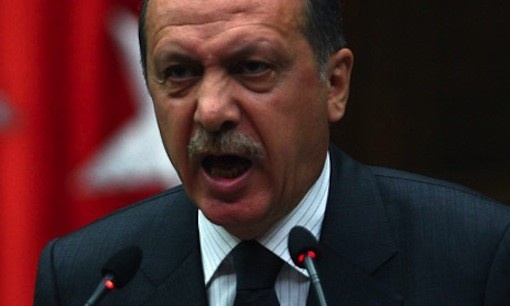 Why in its right mind would Armenia fire any ballistic missile at Nakhichevan? To give Sultan Erdogan an excuse to open a second front against it?

By the way, South Front, Nakhichevan lays between Armenia and Iran, does it? How many eggs does it lay, and what happens to them afterwards? Omelettes for Erdogan?