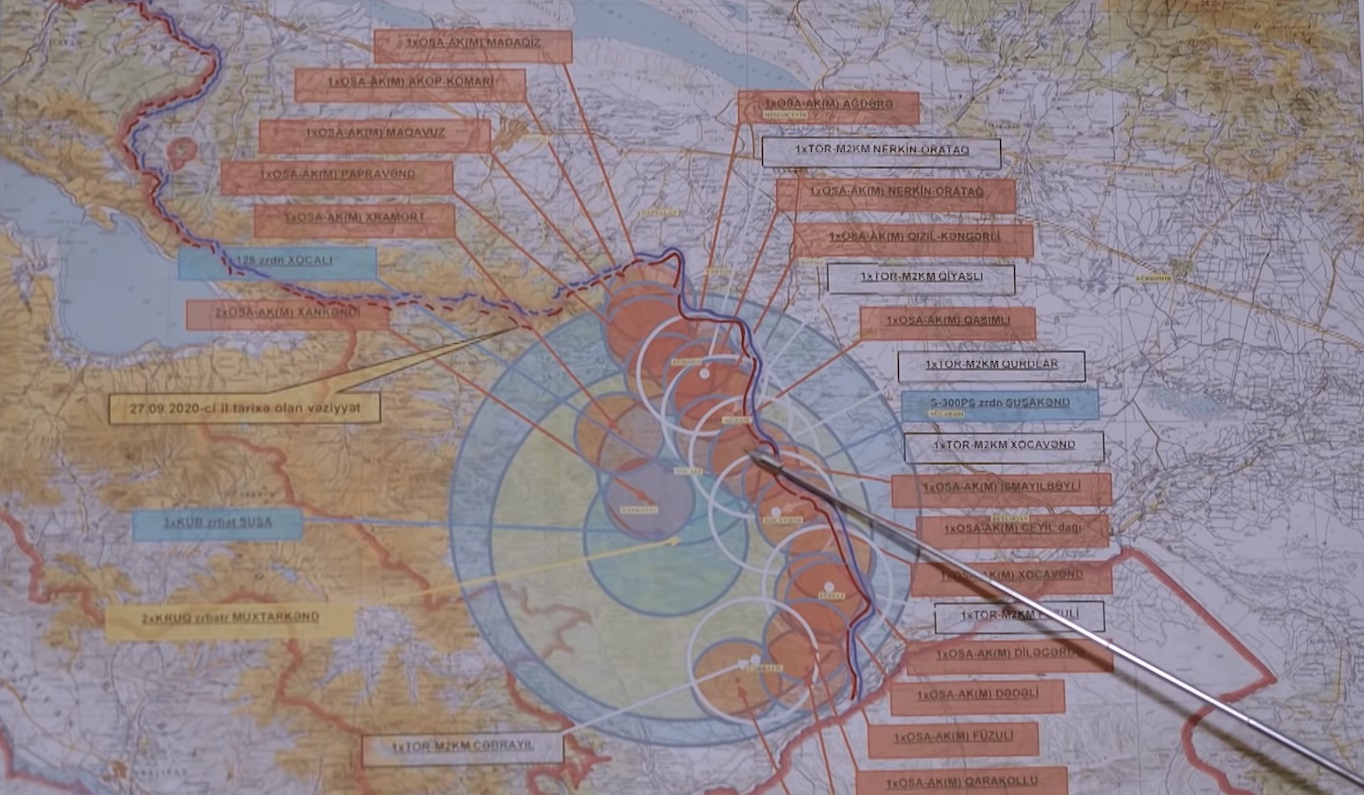 The Azerbaijani Public Television ITV showed a documentary film dedicated to the participation of the special operations forces of the Azerbaijani Navy in the Second Karabakh War in the fall of 2020.

It contains details of the active involvement of Azerbaijan military operations in Nagorno-Karabakh.

In particular, the film reveals that the special operations forces of the Azerbaijani Navy began their mission in the Second Karabakh War in the fall of 2020 in an offensive towards the village of Talish, but then were transferred toward Jebrail.

The special forces of the Azerbaijani Navy operated in small groups, performing mainly sabotage and reconnaissance tasks or being used as assault groups.

Then the special forces fought for eight days for the settlements of Emirvarli and Soltanli, where the second echelon of defense of the Armenian troops passed.

In this area, they ran into strong resistance from the Armenian troops. Only after massive artillery and UAV fire strikes did the Azerbaijani side manage to knock out the enemy from these positions.

Additionally, the special forces of the Azerbaijani Navy participated in the battles in the Zaneglan and Gubadli directions, the naval special forces were the first to enter the city of Gubadli.

In early November 2020, the Navy’s special forces were transferred to the Martuni (Khojavend) direction. As the fighters of the special forces of the Azerbaijani Navy recall, in this direction the Armenian troops offered fierce resistance, battles were fought for every height.

The most difficult were the battles for the Kyzylkaya height. Storming this height, the Navy special forces lost five soldiers and 11 others were wounded. This was the final mission during the short-lived war.

The documentary is a part of a serious, with the previous one being focused on air force activity, and various tactics that were employed in the war.

The previous part was called “Invisible heroes – Air Force”, and it tells of the participation of the Azerbaijani Air Force in the Second Karabakh War in the fall of 2020.

The Commander of the Azerbaijani Air Force, General Ramiz Takhirov describes the details of the successful operation “Karabakh chest” carried out by the Azerbaijani side during this conflict to suppress the Armenian air defense in Nagorno-Karabakh. We are grateful to Mamed Valimamedov for the link and presentation of the translation of the excerpts from the interviews dedicated to the operation “Karabakh chest”.

To suppress the Armenian air defense system in Karabakh, the Azerbaijani Air Force command developed the “Karabakh chest” operation. This operation consisted of the following components:

8.With the use of Spike-NLOS missiles installed on helicopters with a range of up to 30 km, strikes were made against enemy air defense systems.

On the first day of the operation, it was possible to destroy up to 60% of the enemy’s air defense systems. Until the end of the war, the enemy was unable to open the “Karabakh chest”.

This actually reveals that Azerbaijan’s battle strategy was quite thorough, both on the ground and in the air, and the victory is no surprise against the mismanaged Armenian forces.

“Invisible Heroes – Marine Special Forces – Redux” ….US overlord Israeli and NATO Turk drones managed by Turkey and paid for by corrupt laundromat Aliev win Karabagh war while Chabbad Putin gets his 10% on hydrocarbon transport and Iran watches Israel get bases and airports all along her northern border. Meanwhile back at the ranchFrance as usual utters meaningless words. much more likely to win documentary film festival at Cannes.

What strategy? If it wasn’t for gobel gobel turkey azerbaijan would still be plowing cow dong in their barn.

Unfortunately this war hasn’t ended only one battle was lost by the inept armenians and their useless ragtag army.

Similar casualty numbers on both sides show that the ground war was fairly even. Karabkh’s defeat was inevitable, however, due to the massive manpower and tech advantage that the Azeris possessed. Without foreign support, they had no chance of winning, no matter how well they fought.

The Azeris like to pretend they’re some powerful Turkic version of Israel. In reality they’re just as second-rate as the Armenian/NK side, but rich enough to buy more modern weapons. Plus the Sultan will also cheerlead for Aliyev’s crimes of aggression.