On November 5, Armenian forces repelled a new attack by the Azerbaijani Armed Forces in the disputed region of Nagorno-Karabakh.

The Azerbaijani attack, which targeted the eastern part of the region, started at 10:30 AM local time. Armenian forces quickly forced the attackers to withdrew. Azerbaijani troops left behind an armored personnel carrier, a truck and the dead bodies of several soldiers.

While Azerbaijani forces are facing resistance in the eastern and northern frontlines of Nagorno-Karabakh, they are advancing with ease in the south.

The Azerbaijani pressure on the southern frontlines of Nagorno-Karabakh may soon lead to a collapse on the eastern and northern directions.

Armenian forces are yet to launch any meaningful counter-attack in southern Nagorno-Karabakh. Such a move, if it happens, could turn the tide of the war.

What are the troop strengths of the forces involved?

Overall ratio Armenia to Azerbaijan is 1 to 3 in both manpower and military equipment except UAVs. Azerbaijan has many more and much better UAVs.

What Armenia has is immaterial. Armenia can’t commit more than a fraction of its forces to defend what even it acknowledges to be Azeri territory even if Pashinyan wants to. It has to keep back and majority to defend itself.

What Azerbaijan has is also immaterial. It’s got jihadi headchopper shock troops and Ottoman air and drone cover.

Are you trying to say Armenians have nothing but wet dreams?

You are welcome to whatever fantasy interpretation of my comments you want.

Is that just for the Artsahk conflict or national militaries in total?

Azeris are for Artsakh. Armenians are in total. 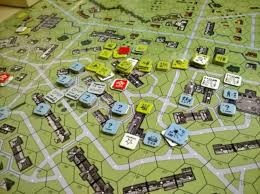 Now that Lachin-Shusha road as well as northern roads are blocked, 25k troops are simply in logistical encirclement. Next phase will be artillery duels.

Armenian forces have lost most of their armors, artillery and most heavy weapons. They can’t get more supplies and man-powers since roads into NK have been effectively blocked.

The question is how long the Artskins can hold. They are also probably 60,000 civilians trapped.

Is that statement coming from your Turkish handler? 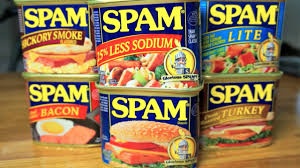 NK still has supply route from the Nord.

It is a much more roundabout and extended route and also more vulnerable to interdiction by air and artillery strikes from Azerbaijan proper.

Its under Azer fire control as well. This happened in the second week of the war

Yep. But is still better than nothing.

NK still has supply route from the Nord.
Its under Azer fire control as well. This happened in the second week of the war

The route from north of Stepanakert. As I know it is still free.

Yes Armenia has control of the physical space, but it is under fire control of the Azer army. Azer army can see and shoot artillery at anything on those roads. This is why Lachin is so important. The Lachin area had the only roads left with free and uninterrupted supply and transport.

Maybe you are right. Some Russian guys said that northern route is still available. It is quite possible they have outdated info.

that northern route is still available

But it is under Azer artillery fire control. So a lot of what goes that way can be picked off.

No sending big slow easy to pick off large convoys of trucks. Maybe NK can get 33% if that, of what they could normally transport on the northern route before it came under Azer artillery fire control.

Put your glasses and look at maps…Armenian army can send tanks and Bm-21 to Southwest along Armenian territory to Iran border and give these weapons to NK….also from Armenia to Lachin border…..

The question is how long the Artskins can hold.

If they fight to the death maybe a month. if they surrender which is smart, why die for nothing when your own PM and leaders abandon you, maybe 2 weeks.

“Such a move, if it happens, could turn the tide of the war.”

Yeah, by frittering away whatever manpower and equipment the Armenian side has left.

Yes friends, pound them back.