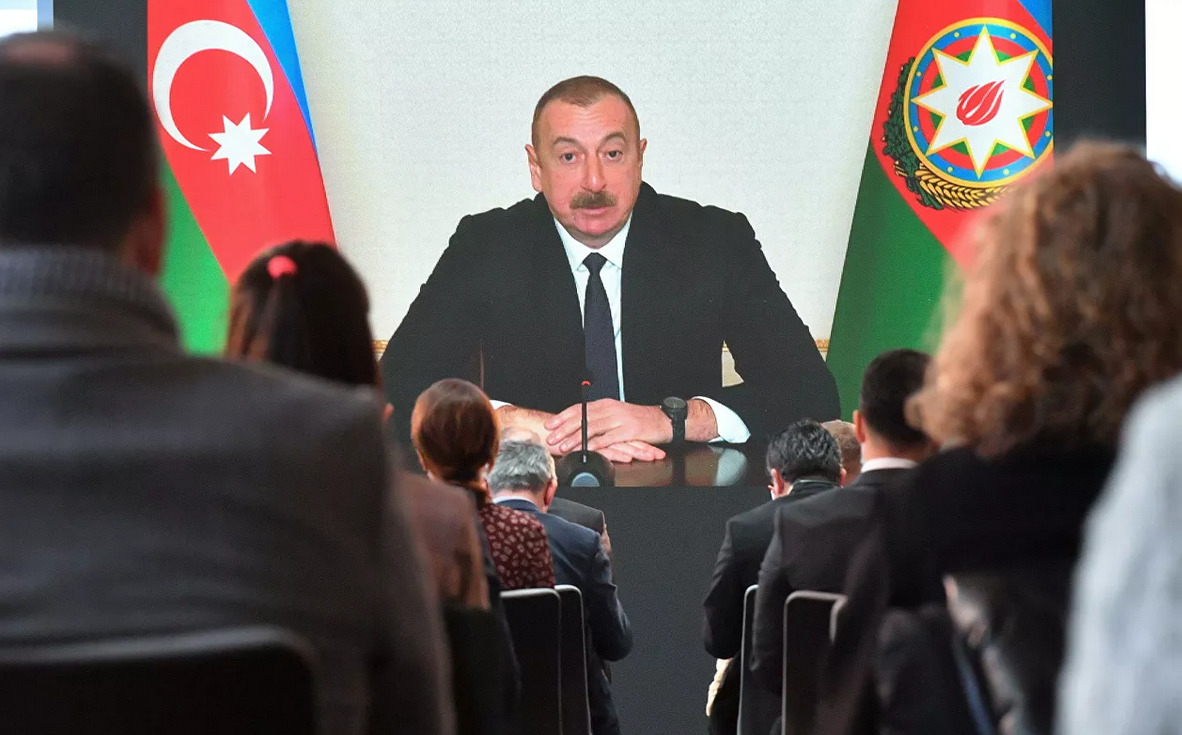 Azerbaijani President Ilham Aliyev stated that Armenia did not use Iskander during the recent conflict in Nagorno-Karabakh.

He called the words of the Prime Minister of Armenia Nikol Pashinyan about the missile complexes anecdotal.

Aliyev said that “the events in Armenia are an internal matter of this country.”

He also expressed hope that these events will not affect the implementation of the trilateral statement on Karabakh.

He also said that Azerbaijan handed over all the prisoners of war.

“Only saboteurs were detained,” he said at a press conference.

Also, he complained that Armenia did not provide Azerbaijan with a map of the minefields in Artsakh.

Separately, the Russian Defense Ministry reported that Armenia did not use its Iskanders during the conflict in Nagorno-Karabakh, all missile ammunition was in the warehouses of the republic’s armed forces.

This is how the Russian military department commented on the statements of Armenian Prime Minister Nikol Pashinyan about the Iskander. This week, the head of the Armenian Cabinet of Ministers said about “unexploded” or “exploded by 10%” missiles of these complexes during the escalation of the conflict in Karabakh in the fall of 2020.

“None of the missile systems of this type were used during the conflict in Nagorno-Karabakh,” the ministry said.

They noted that Pashinyan was “misled, as a result of which,” making such a statement, “he used inaccurate information.”

On February 24th, Pashinyan said that the Russian Iskanders delivered to Yerevan were out of order.

This aroused the outrage of the military and the opposition, they suggested that this is how the head of the Cabinet is trying to justify his own failures.

After that, a new political crisis began in Armenia. At the suggestion of Pashinyan, President Armen Sarkissian dismissed the first deputy chief of the General Staff Tiran Khachatryan, who, according to the media, ridiculed the prime minister’s words about Iskander.

The army, in turn, demanded the resignation of Pashinyan himself. The prime minister called the events an attempt at a coup d’etat and promised to fire Chief of the General Staff Onik Gasparyan.

Since Thursday, on the streets of Yerevan, there have been clashes between supporters and opponents of Pashinyan, whose rating has fallen sharply after the signing of a truce with Azerbaijan in November.

In Moscow and Baku, what is happening was called the internal affair of Armenia. The Kremlin called on the parties to exercise restraint.

Armenia’s defeat and humiliation can be directly attributed to Pashinian, who is power hungry, incompetent and a treacherous liar. In any country with an iota of self-respect he would have been hung and quartered. The Armenian military which is rabble needs to take off its bangles and stage a coup to restore some element of dignity in its worst defeat.

So where is this site based out of? And you are disappointed that they did NOT cut off my disqus account? So do you mean rather than being a teenage drug dealing pimp they MIGHT consider my contributions to be evidentiary? I just heard the “intel” committee.

“Separately, the Russian Defense Ministry reported that Armenia did not use its Iskanders during the conflict in Nagorno-Karabakh, all missile ammunition was in the warehouses of the republic’s armed forces.”

You mean obligations left over from the conversion of the Soviet pension system?

If it makes you feel any better, I got mail coming in someone else’s name that would substitute my stolen pension benefits from the California public employees pension system with a “government employees car insurance” offer. How much carbon offset credit was acquired with the numbers of those listed as casualties in the conflict? To whom does the credit go? Will it meet the rest of the PARIS obligations? For whom?

Soros trolls will cry and rage 🤗