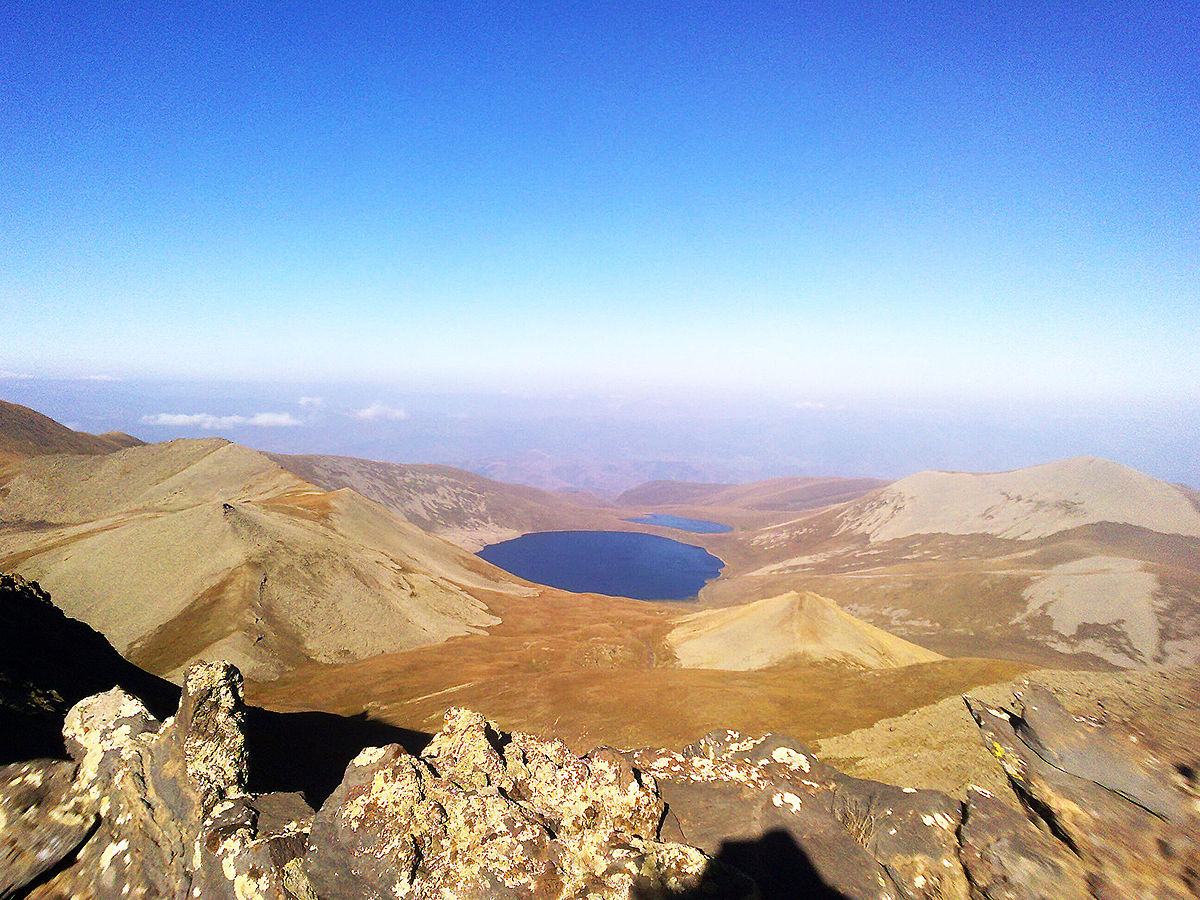 Not everybody is sitting with bated breath looking at the developments in the West Bank.

Some are taking the opportunity for gains.

An example of this is Azerbaijan, which took the opportunity to invade 3.5 kilometres deep into the Republic of Armenia and snatch the entirety of Sev Lake.

Sev Lake, a glacial lake at an elevation of 2.678m above the sea level, is divided between Armenia, which holds 70% of it in its border, and Azerbaijan with the remaining 30%.

“Yesterday Turkish (Azerbaijani) officers arrived at the pastures of Ishkhanasar and said that according to their GPS the lake near the village belongs to Azerbaijan.”

The Armenian Ministry of Defence confirmed that the Azerbaijani military advanced in Syunik province “Early in the morning of May 12.”

“The Azerbaijani Armed Forces, tried to ‘adjust the border’ by carrying out certain work in one of the border regions of Syunik,” they said, adding: “negotiations are underway to resolve the situation.”

Later in the day, Russian Defense Minister Sergey Shoigu held a phone call with his Armenian counterpart Vagharshak Arutyunyan to discuss the “situation in areas where the Russian peacekeeping contingent is on a mission in Nagorno-Karabakh, and also other issues of mutual interest.”

Acting Foreign Minister Ara Ayvazyan also spoke with Russia’s Sergei Lavrov about the incident on the state border of Armenia and emphasized the “inadmissibility of such provocations from the Azerbaijani side.”

MULTIPLE REPORTS THAT AZERBAIJAN ADVANCED INTO SYUNIK IN THE SEV LAKE AREA.

As per maps, only 30% of Sev Lake lies in the territory of Azerbaijan, but reports pointed out that they went in as far as 3 km.

This is how the border runs through Sev Lake, however Azeris claimed "GPS" shows it's their. pic.twitter.com/9QGLNTGqtr

According to the Vice-Mayor of Goris, Irina Yolyan, “hundreds of Azerbaijani soldiers advanced three kilometers towards the village of Verishen.”

“The Armenian side did not have defense, there was no one there with whom the enemy should have had a skirmish,” Irina continued.

“The situation is extremely dangerous, as 9 communities in the region use Sev Lake for irrigation,” the Vice-Mayor stressed.

Negotiations involving Russian peacekeepers, commanders from the Armenian Army first corps and the Azerbaijani military were held to get the Azeris return to their original positions, but without any success so far.

Zangezour TV reports from the Sev Lake area:
1. Azeris fully control the lake:
2. Until this moment negotiations were not fruitful.
3. The Armenian side waits for the Azeri commander who gave orders to seize the lake to come to negotiate.
4. Reporters not allowed near lake. pic.twitter.com/iTZ3iTWKrS

Armenian Prime Minister Nikol Pashinyan confirmed that Azerbaijan seized Sev Lake, but that there were no skirmishes between Armenian and Azerbaijan forces.

He described the situation as critical and said they are trying to resolve the issue through peaceful negotiations.

The exercises will have the participation of 15,000 servicemen, several hundred units of military equipment, including armored vehicles, artillery and 50 units of aviation equipment.

As expected, Armenia’s issues with Baku’s ambition haven’t yet concluded, and appears they are far from being done.

Armenia needs to curtail this immediately – its attempted water resource grab – and boot the Azerb-Turks out of Armenian territory. This is a test by Azerb-Turks to see what they can they way with against Armenia – with or without Russian assistance it needs a firm answer.

Dumb reply what do you think he has a crystal ball, or perhaps you should have called him to let him know this was coming.

This has Washington written all over it.

I wonder if the azeris struck some kind of a bargain with the russians. Or they are making a terminal mistake like the one georgians made 13 years ago.

CSTO is the best military block ever

Armenia has been completely castrated by their pro-American president. The sooner they hang that guy the better.

Armenians believed George Soros and senile Biden would compensate for the incompetence—they could have employed foggy war defense minister, jens foreign sinister and furbutt eduction misery and the outcome would have been no worse