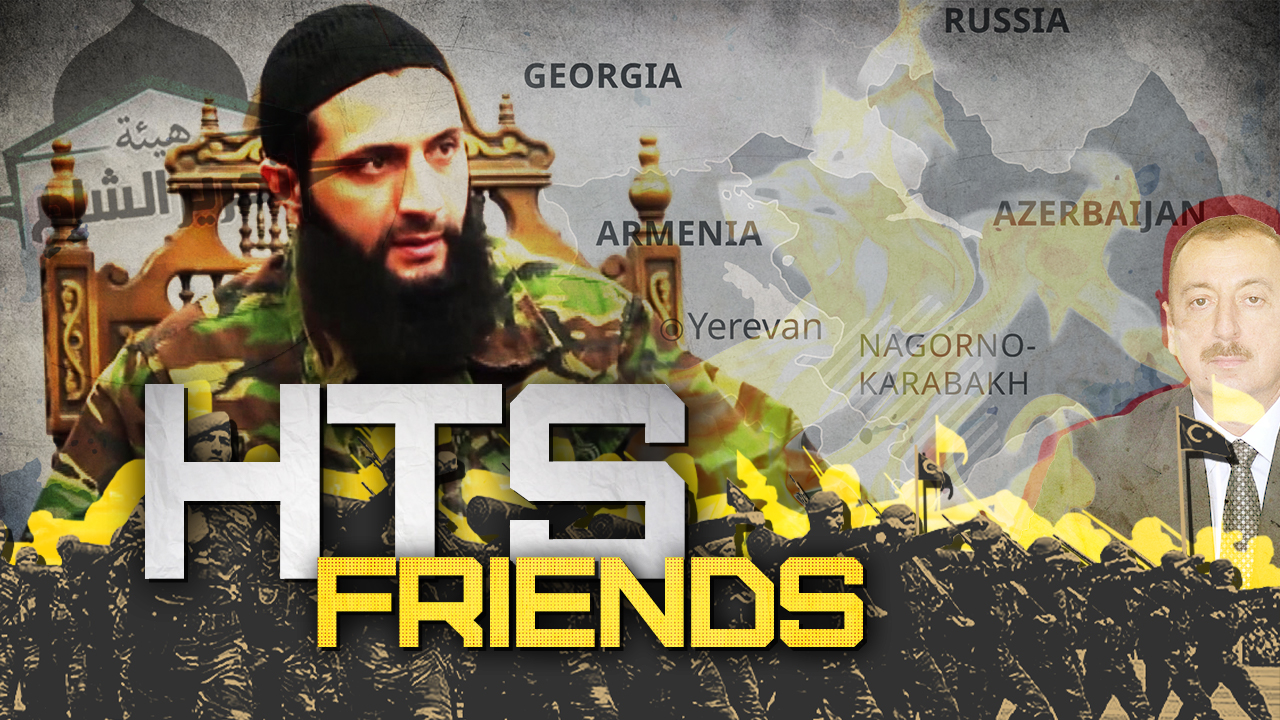 It should be noticed that the Center for Middle East and Central Asian Studies was created by a Russian politician and is hardly perceived as an objective source of information. There is a probability that the received information was submitted biased. However, when officially published, the ‘secret correspondence’ may become another proof of close ties between the HTS and its foreign allies.

An investigation conducted by the Center for Middle East and Central Asian Studies revealed the involvement of Azerbaijani intelligence in supporting Jabhat al-Nusra in Syria, in coordination with Turkey.

The center said that it had access to secret correspondence revealing the activity of important elements in the Azerbaijani intelligence inside Syria, including the officer and coordinator of the Azerbaijani special forces, “Hussein Azeri”.

According to the center, Azeri holds the position of financial and administrative official for the Al-Muhajireen and Ansar Brigade in Syria, which is affiliated with Jabhat Al-Nusra, which calls itself Hay’at Tahrir al-Sham. Azeri is also considered the person responsible for the flow of funds and the organization of funding campaigns. Under the veil of “humanitarian aid” coming from Turkey, these sums are in fact used to support and arm the Al-Nusra Front in Idlib.

According to the center, Azeri plays a key role in financing Russian-speaking militants within the ranks of Al-Nusra, as he coordinates their entry into Syrian territory and joining Al-Nusra, in collusion with the Turkish authorities.

Talking about Azerbaijani involvement in the Syrian crisis comes after the recent battles between Azerbaijan and Armenia in the region of Nagorno-Karabakh that showed Turkey’s unlimited support for the Azerbaijani authorities, and the latter’s dependence on the decisions issued by Ankara, while Turkey paid in return. With groups of armed Syrian factions loyal to them towards Nagorno-Karabakh, to participate in the battles on the side of the Azerbaijani forces at the time.

It would be good to see them severely punished by Russia for undermining them in Syria.

Think about that you stupid ass Nazi bitch…Iran is still under 40+ years of sanctions, yet Turkic just rap*ing you in the as# and you don’t even know about.

Is this nonsense some roundabout way of you admitting you are a terrorist supporter?

Doubt they have any plans to visit you in to Israel, Jens – being short for Yohanon. Although, Israel gave artillery support, free hospital treatment, medical aid, wages and munitions to the Syrian based Islamist terrorists in past (to southern factions with base camps clustered under shadow Golan Heights) so who knows…