Armenia and Azerbaijan continue to exchange exaggerated claims of each other’s losses in the ongoing battle in the disputed region of Nagorno-Karabakh.

On October 7, the Ministry of Defense of Armenia released an infographic summarizing Azerbaijani forces’ losses in Nagorno-Karabakh as follows:

Recent videos from the battlefield in Nagorno-Karabakh confirms that Azerbaijani forces are sustaining heavy losses. Nevertheless, the Armenian MoD claims are without a doubt filled with exaggerations. The Ministry of Defense of Azerbaijan quickly responded to Armenia’s claims by releasing an infographic of Armenian losses in Nagorno-Karabakh. The infographic summarized the losses as follows:

The Azerbaijani infographic also appears to be filled with exaggeration, especially the claims regarding Armenia’s air-defense systems losses.

The battle in Nagorno-Karabakh, which broke out on September 27, has so far inflicted heavy losses on Armenian and Azerbaijani forces. Both sides, however, are yet to provide their real account.

There are two wars, the real one that is not going anywhere, then there is the media one intended for the public, on the pitch it seems that there is a real stalemate while the paying public dreams of sensational victories for its part, they are two totally different things.

The real war is clearly going well for Azerbaijan.

If this is a war of attrition, the side with more resources win out. Both Armenia and N-K are landlocked. Armenia has few friends, if any. Both Russia and Iran are not Armenia’s friends. You can’t trust them. Both of them have been locked out of any economic development.

The war is never in Armenia’s favor….

Its a stalemate bro.Worst scenario for Azeris.High m.budget and fancy gear appears only good for parades.Think Azeris will have to cycle through a no. of generations to get N.K

well ı dont think they can capture whole n.k but territorial loss is 100% for armenia. But as far as ı understand from videos,there are some issues in Azerbaijan army,they are not prof. at joint op. Armenian artillery is pretty good.We’ll see..ps:this İsrael artillery projectile is not a joke..
https://www.youtube.com/watch?v=G18Rwoa7c1k&feature=emb_logo

Israel may halt commercial weapon sales to Azerbaijan, Armenian Ambassador to Israel Armen Smbatyan told The Jerusalem Post, as fighting intensified for the ninth day between the two countries.“I believe that due to the appeal by the international organizations and many individual states for an immediate de-escalation, Israel may halt its arms sales to Azerbaijan,” Smbatyan said.

“There is no alternative to a peaceful negotiated solution to the Nagorno-Karabakh conflict and all regional countries should bring their contribution to stabilize the situation in Nagorno-Karabakh,” he added.

Clearly the real war is going on. And Armenians are losing. We’ll wait until the Armenians in N-K, even in Armenia out of ammunition and out of resources. The supplies to N-K has pretty much stopped.

In a war of attrition, the side with more resources (Azerbaijan) win it. Look at WW I and WW II. With American unlimited resources, US won both wars.

Armenia is land locked. It has no friend. Both Iran and Russia are no friends of Armenia. Armenians will be lucky to have enough food.

Also with winter coming, Armenia probably does not have enough energy for heating. There is no electricity in N-K.

Poor Armenians. Better sue for peace before it is too late. Do not make more Armenians suffer.

clearly you have eaten too many foreskins yid

You do not even know how to spell it. Retard… LOL.

I thought they already propose ceasefire but got refused by azerbaijan

Mr. Pashinyan has been begging for ceasefire many times. He just spoke with Putin last night. Trump refused to speak with him.

Mr. Pashinyan wants to make concessions, but only if, Azerbaijan makes concessions. What a loser spirit. LOL.

Azerbaijan has all trade lines open, with Turkey, China, Russia and other countries. Armenia only has access to Russia. Yet Armenian brain retards want to rid of Russian influence and go to the West. What a bunch of fools and losers. LOL.

Finally SF published the real map of the battlefield. We can see Azeri army is pushing from both North and South sides. More army soldiers are pouring in.

You seem to be on this site 24/7 spamming.
Certainly you must be a paid troll. :)

Shouldn’t you be in some jungle jumping from one tree to another, eating your bananas?

There are a lot jungles in Armenia and N-K. The Armenians in N-K hide in caves to make babies….

I just had some dental work.
So f*ck you Seven Morons. :)

SevenMoons was raped as a child by his uncle so he has to take out his anger online.

SevenMoons is a Turk ISIS spam bot who can’t wait for his 72 BBC’s in jeddah.

The Azerbaijani armed forces suffered a heavy defeat on Monday by the Armenian forces of the Artsakh Republic Army on the Nagorno-Karabakh front.

According to Armenian Defense Ministry spokeswoman Susan Stepanian, Archah’s forces announced on Monday that they had left their positions.
The Azeris “took the bait” and hurried to occupy the abandoned positions, falling into a deadly trap, where they were exposed to heavy artillery fire of the Armenian artillery, suffering heavy losses, before being forced to flee in disorder.

This tactic is taught in the context of the so-called “Greek Tactics”, in the monumental work of Konstantinos Sathas “Greek soldiers in the West”, but also in the “Chronicle of Morea”.

These books describe how the light Greek cavalry of the “Soldiers” during the Frankish occupation neutralized the heavy cavalry of the Frankish Knights, which the Greeks could not face directly with poles, so the lightly armored Greeks pretended to retreat with the intention to lure the iron-clad Franks into narrow traps, where scattered archers shot the Franks off of their horses and then the light Greek cavalry would return and finish them.

It should be noted that many Armenian officers have graduated from the Greek army officers School.

The Turks in Syria, Kurdistan, Libya, and now in Artsakh are using their artillery and unmanned uav from a distance. They only send mercenaries to the front. It is a completely useless army that with the right strategy can be dismantled if their artillery and uav are dealt with.

Both sides have made incredible claims that would add up to more than the inventory of most NATO militaries. The Armenians so far have come out second best and can not sustain rising losses and casualties.

I can hear Artskin? LOL.

Such a bad name. So you can’t find a modern name??

WTF u on about you dirty turkisis baboon?

You such a retard, Artskin?

This story is epic bullshit Greek propaganda. Learn history, moron! You are just like Macedonians. Stealing our history, stealing our traditions and stealing our food. None of the foods that Greeks are famous about comes from Greece.

That is true, even Alexander and Aristotle were Macedonians.

Makedonia IS Greece you stupid slavoturk inbred!
The whole world knows that!

The Armenian reports are hard to believe.

So are the Azeri reports.

Like to visit some day. If Armenia open to foreign tourist and it is safe to go. 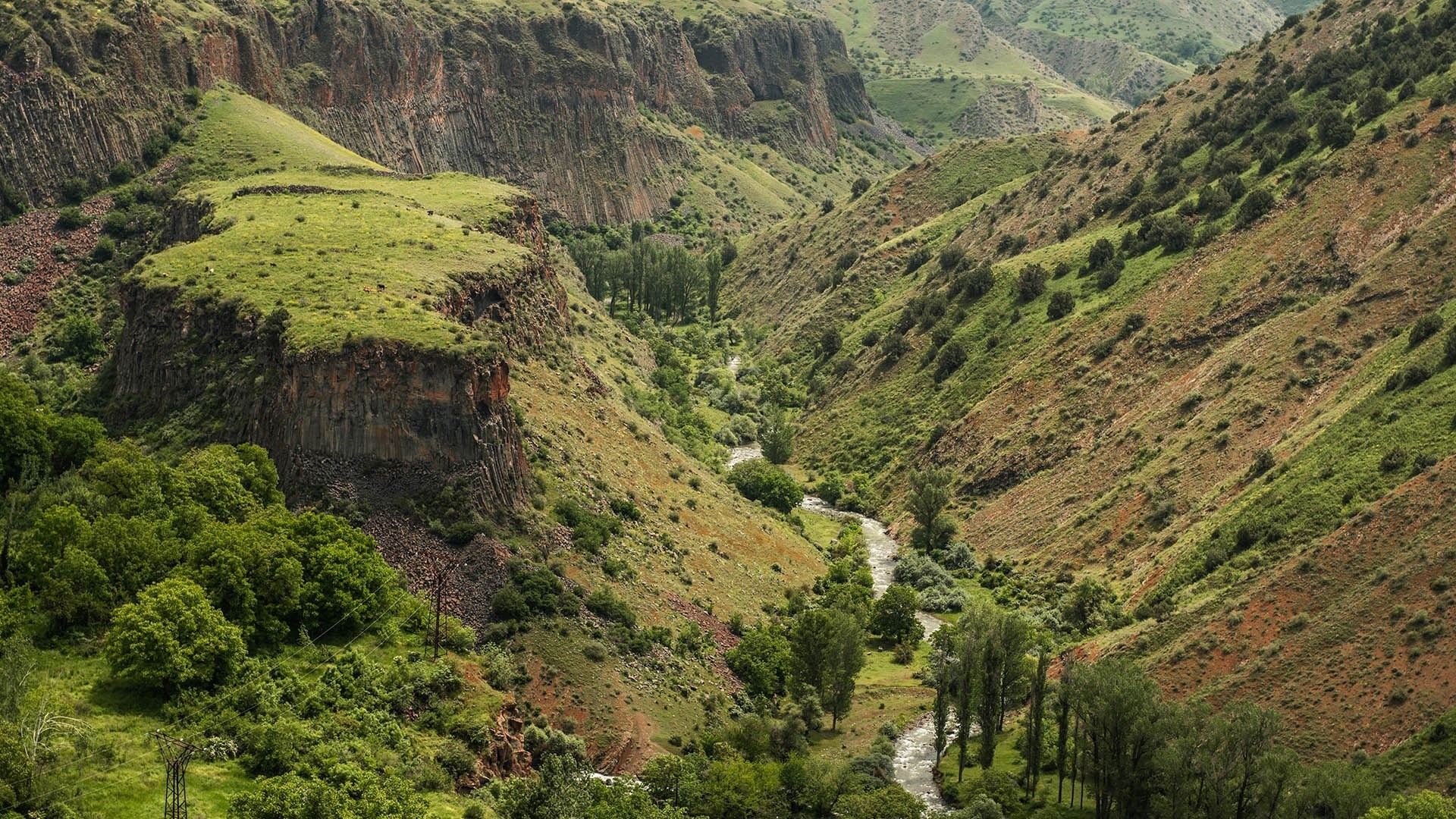 Can you put Artskin there?

Hahaha SevenMoons made the list, he is by far the worst of all, commenting on literally every comment.

Truth is always the first casualty in war. I wish we knew the real numbers, but we probably never will.

This is the Modi regime in India’s “casualty infliction” propaganda programme:

1. There is a claimed battle against China (may or may not actually happen).
2. The Modi regime admits, say, ten Indians dead.
3. The Modi regime claims 20 Chinese dead, because that’s the exact double of Indian casualties.
4. Modi media and paid troll army immediately inflate the claim from 20 to 50, and say anyone who doubts the claim or asks for proof is an “anti national”.
5. Modi’s paid troll army (known as his party’s IT Cell) invents “proof” in the form of – nonexistent – Chinese media reports allegedly admitting the casualties.
6. As these get debunked, go back to 4 and 5 and repeat.

The tactic is so familiar that one can immediately discount the casualty claims from both Armenia and Azerbaijan in this conflict. They’re both manufacturing fiction.