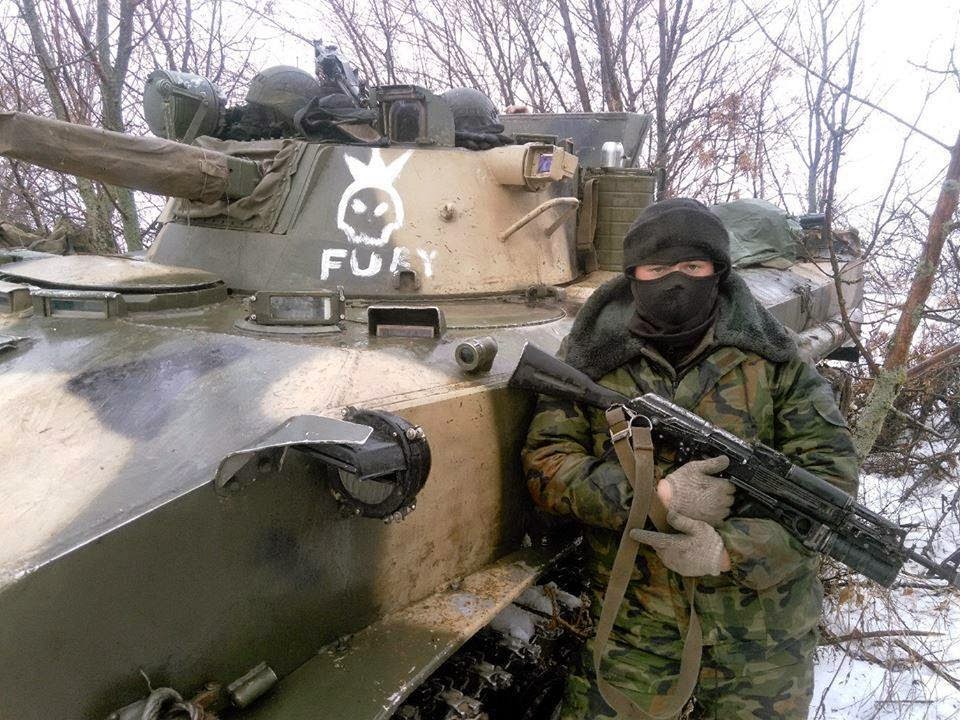 A Novorossian warrior, the clashes for Debaltsevo

This article originally appeared at Jpgazeta.ru, translated from Russian by Carpatho-Russian exclusively for SouthFront

So, as we say in Odessa — “we are on the eve of a grandiose commotion”. The UAF licked its wounds, saved up some (not very much) reserves of ammunition, removed the last reserves of armored equipment and artillery, caught new cannon fodder during 5 or 6 waves of “mogilization” [“grave-ization”, i.e. burial], drove it on through boot camp, scattered it somehow through org-staff units and are ready to test fate yet again under the direction of American military advisers.

Well, maybe they are not so ready, but there is no time and the entire bouquet of reasons — we shall not examine them here — are pushing Kiev to the next military adventure. It is already obvious that the most recent aggravation at the front is preparation for attack by the UAF, which has concentrated against the NAF between 60 and 75,000 troops, 420-450 tanks, and 800-900 units of cannon artillery.

It must be noted that this will be the last attack of the UAF — the last in all senses. Because the Kiev regime has nowhere else from which to get equipment, artillery, and ammunition in necessary quantities within a reasonable timeframe.

Now about why the UAF is once again doomed to humiliating defeat.

1. Even after Nalivaychenko was turned out from the post of chairman of the UAF and in fact discharged from ATO management, the voluntarism of the political leadership and inability (or unwillingness) of the Ukrainian General Staff to defend its position, is the main problem of the UAF. We can add to this the superpowers of the American advisers and the personal opinion, on any question, of the “atamans” of voluntary Nazi battalions — and we derive the main problem of the UAF — a lack of a well-defined vertical of subordination and decision-making.

In other words, the UAF have much less coherence and responsiveness than the NAF countering them. Certainly, at the battalion level the UAF has a considerable number of battle-ready units with battle experience, but the higher, the more there will be chaos and “ingenious” solutions in the style of Geletey Of Ilovaisk and Muzhenko Of Debaltsevo.

For guys from the UAF it is necessary to prepare for head-on assaults on strongly fortified and concealed positions of the NAF, and for “heroic” raids of columns of armored equipment of the UAF deep into the territories of the republics — under continuous fire from NAF artillery, under continuous attacks from NAF sabotage-reconnaissance groups, armed to the teeth, including up-to-date anti-armor defense.

2. Discrepancy between the total scope of plans and the means apportioned for their execution. As is known from several sources, the UAF’s “decisive offensive” plan is a carbon copy of the “Lightning” and “Storm” operations that Croatia carried out in 1995 against Serbian Kraina, which in fact destroyed the latter.

The main problem with executing this cunning plan is that the Croats and Bosnians at the moment of carrying out these operations had a tenfold advantage over the Kraina Serbs, but today the UAF does not have even a twofold advantage over the NAF. This is also while the LDNR does not have an unfriendly Bosnia and Herzegovina at its back, but instead Russia and the “northern wind”.

In a separate category, it is necessary to note that in a war without aircraft, artillery plays an unusually high role — and the NAF artillery surpasses the UAF artillery in practically all measures except the quantitative. Moreover, today it is probably the most efficient artillery in the world.

3. State of morale. Here there is hardly anything to discuss: the hodge-podge of stoned Nazis who do not at all like to die will go on the attack, plus recruits who were caught anywhere, employees of private military companies who likewise very much do not like to die, and a certain number of veterans who perceive this war as their own personal vendetta. These last are capable of showing worthy resistance — after all they are also Russians, even though deceived and tangled up, but also at the back of their mind the ashes of Izvarino, Ilovaisk, and Uglegorsk will be knocking.

The Ukrainian army is fragmented, dissimilar in outlook and moral spirit, and deprived of the most important thing in war — the feeling of comradeship and the spirit of true camaraderie. One can talk about sworn brothers, but practice shows the reverse — the terror battalions set up army groups and vice versa, the UAF with pleasure shells the terror battalions, and so forth.

Countering them is a practically monolithic NAF, consisting of very well motivated people to whom it has fallen every day to dismantle the ruins of their own homes, to bury their children, parents, brothers and sisters, civilians killed by Nazi Ukrainian artillery. From people who for a year and a half years more than once inflicted humiliating defeat on the armies of the 35-million Nazi state, and which at the beginning of the confrontation greatly surpassed a militia in all respects.

I will not be mistaken if I say that an open attack by the UAF will be simply apprehended in the Donbass: finally, it will be possible to destroy their torturers and murderers without limit, without caring about the opinion of the world community.

The inevitable attack of the UAF is doomed to inevitable defeat. Certainly, this victory will come to Donbass by the maximum effort of all forces, then by tears and blood — but we have no other path. And where that will lead afterwards is more important: Kharkov, Odessa, Zaporozhye, Dnepropetrovsk, and Mariupol believe and wait.